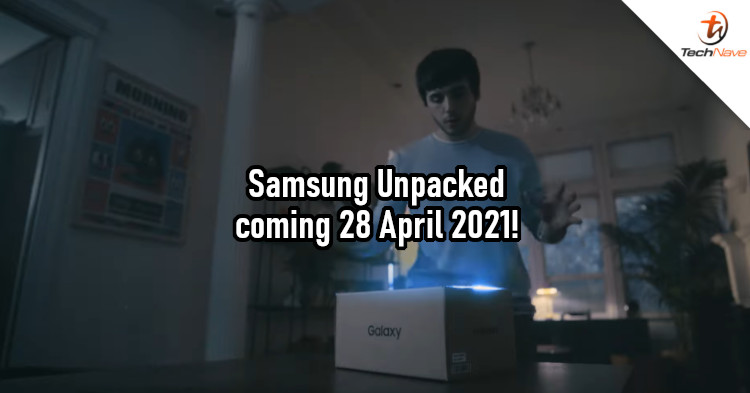 April may have been quiet so far, but the month is about to heat up with some major launches. Besides the next Apple event coming next week, the next Samsung Unpacked is also coming soon. This time around, we're expecting a new flagship device.

In an official Samsung teaser, the company said that "The most powerful Galaxy is coming" on 28 April 2021 (10 PM MYT). The teaser doesn't tell us much, but the box in the video could mean that the device is fairly large. It's speculated that this could either be the Galaxy Z Fold 3, Galaxy Tab S8, or even a completely new device.

In my opinion, it's most likely a new Galaxy Tab device. It would be too early for the Galaxy Z Fold 3, as it's rumoured that it will only launch in July 2021. On the other hand, specs of the Galaxy Tab S8 appeared way back in January, so a launch this month won't be unusual at all.

Of course, I could be wrong and Samsung launches an entirely different device. With that said, what do you think this new device would be? Let us know in the comments, and stay tuned to TechNave to find out!