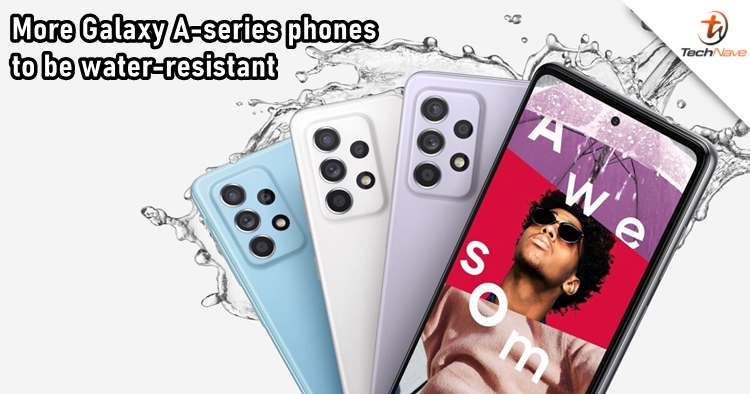 Earlier, it was reported that Samsung might equip some new A-series devices with Exynos chips that utilize the AMD mRDNA GPU. Now, it appears that the Korean tech giant is attempting to bring more flagship features to the budget lineup. This time, it would be water resistance.

According to the latest information, at least four Samsung Galaxy A models will feature water-resistant bodies next year. It's worth mentioning that some A-series devices like A72 and A52 already have the feature. Next year, the Galaxy A33 is said to be getting it as well, making it the cheapest Samsung device with an IP rating that arrives in 2022.

Giving the budget devices an IP rating might provide Samsung with another leg up over its competition from the likes of Xiaomi, as water resistance isn't a common feature among budget smartphones. However, the A-series smartphones might need to sacrifice something else to be in the water, such as an audio jack. Leaked renders of the Galaxy A33 published in November seemingly showcase the phone without the port.

What is your opinion on this article? Drop a comment to let us know and stay tuned to TechNave.com for more smartphone rumours.