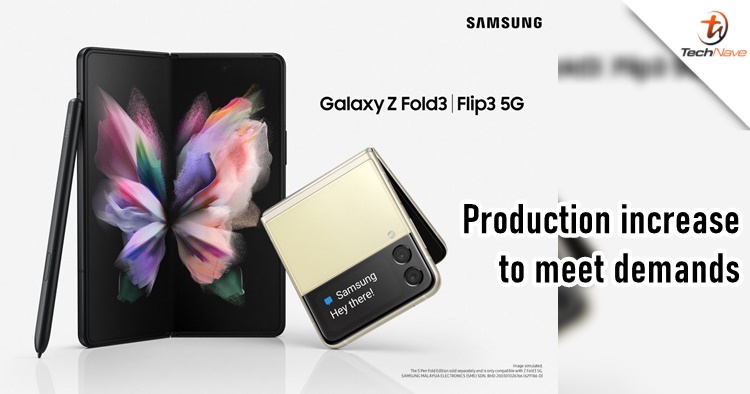 Yesterday, we reported that both the Samsung Galaxy Z Fold3 5G and Galaxy Z Flip3 5G pre-orders were a big hit. In just South Korea alone, it was estimated that both devices have surpassed expectations and Samsung Malaysia had to restock the Galaxy Z Fold3 units just a few days ago.

With such popular demand, The Korean Economic Daily reported that Samsung Display Co. will have to increase the production capacity of its foldable displays by 47%. This will boost up the annual figure from 17 million to 25 million, and thanks to a newly expanded factory in Vietnam, they should be able to meet the goal by the end of this year or the next.

The new expansion project at Bac Ninh plant in Vietnam will kick off sometime this second half of 2021. Once the expansion is complete, Samsung Display Co. is said to be able to produce 10 million and 15 million units more for the Galaxy Z Fold3 and Galaxy Z Flip3 respectively a year.

As of 30 August 2021, the media reported that both the Galaxy Z Fold3 and Galaxy Z Flip3 pre-orders have reached 920,000 in South Korea. In China, the pre-order figures went over 1 million and it was also a success in the US market. For the record, the two foldable phones pre-order is 1.8x more than the Galaxy S21 series.

Have you got yourself a new Galaxy Z Fold3 or Galaxy Z Flip3? Let us know in the comments below and stay tuned for more trending tech news at TechNave.com.