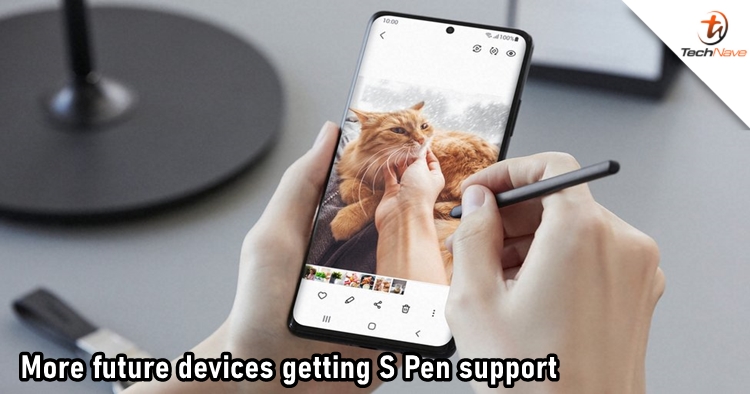 During the MWC 2021, not only announcing the One UI Watch and five years of updates for some devices, but Samsung has also stated that more upcoming smartphones will get S Pen support. It is not that surprising as the firm has already done it with the Galaxy S21 Ultra.

As we all know, the Galaxy Note series has been skipped for this year. On the bright side, three new devices are going to be presented soon and they're the Galaxy Z Fold 3, Z Flip 3, and S21 FE. Rumour has it, out of those three devices, only the Z Fold 3 will have S Pen support and might even ship with one as well. Despite that happening, don't expect the device to come with a dock for the accessory as it's still a Note-exclusive thing for now.

In 2022, the entire Galaxy S22 series is also said to support S Pen and not just the "Ultra" will get it. The source mentions that it's almost certain that the devices won't ship with an S pen as well. With such a move, are we still able to see the return of the Galaxy Note series next year?

Let us know what you think about the news on our Facebook page. Stay tuned to TechNave.com for more Samsung updates.