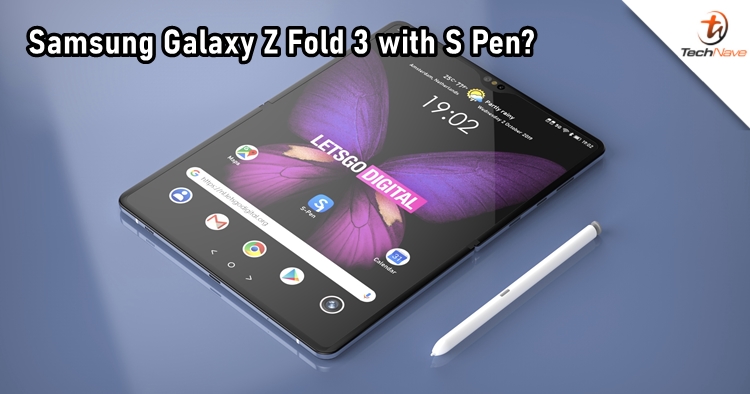 We are not sure if everyone is a fan of Samsung's S Pen but it looks like the company is very keen to bring the accessory to another smartphone series of theirs. Earlier, we have heard the news saying that the Korean tech giant might cancel the Note series and brings the S Pen to Galaxy S21 series. Now, not just the S21, latest news came saying the next Galaxy Z Fold will get it too.

According to the Korean tech media platform The Elec, the Samsung Galaxy Z Fold 3 will come with S Pen and also a thicker foldable UTG display. It is stated that the current UTG display on the Galaxy Z Fold 2 is too thin to withstand the tip of an S Pen. The display comes with a plastic layer on it that can be scratched just by fingernails, so using S Pen on it would be a disaster.

Furthermore, the company is considering adopting AES (Active Electrostatic Solution) digitizer tech that allows them to put the S Pen into the Galaxy Z Fold 3 while the Note series uses EMR (Electro-Magnetic Resonance) digitizer. Overall, it sounds like a good idea to bring the S Pen to their foldable devices, especially when they're unfolded to allow more content to be interacted with.

Let us know what you think about this news on our Facebook page. Stay tuned to TechNave.com for more latest smartphone rumours.