Previously, we reported that Samsung Electronics have been working with popular K-Pop group, BTS and rumoured to have a special Samsung Galaxy S20+ 5G BTS Limited Edition. Many rendered and promotion images got leaked out online, and many wondered when will Samsung just make an official announcement until today. So yes, the special phone and the Galaxy Buds+ BTS edition are real and the pre-orders are now available.

That said, do note that the pre-order is only listed on Samsung's website in the US (you can still do it if you got the cash lol). According to the website, the Galaxy S20+ 5G BTS Limited Edition is set to be released on 9 July 2020 as reported but we know nothing about the price tag yet. Knowing Samsung's style, it could be the same price as the standard version and the website also mentioned that those who pre-order the phone will be granted a 50% off on the Samsung Galaxy Buds Plus BTS Edition which includes a BTS wireless charger and 2 free BTS posters. 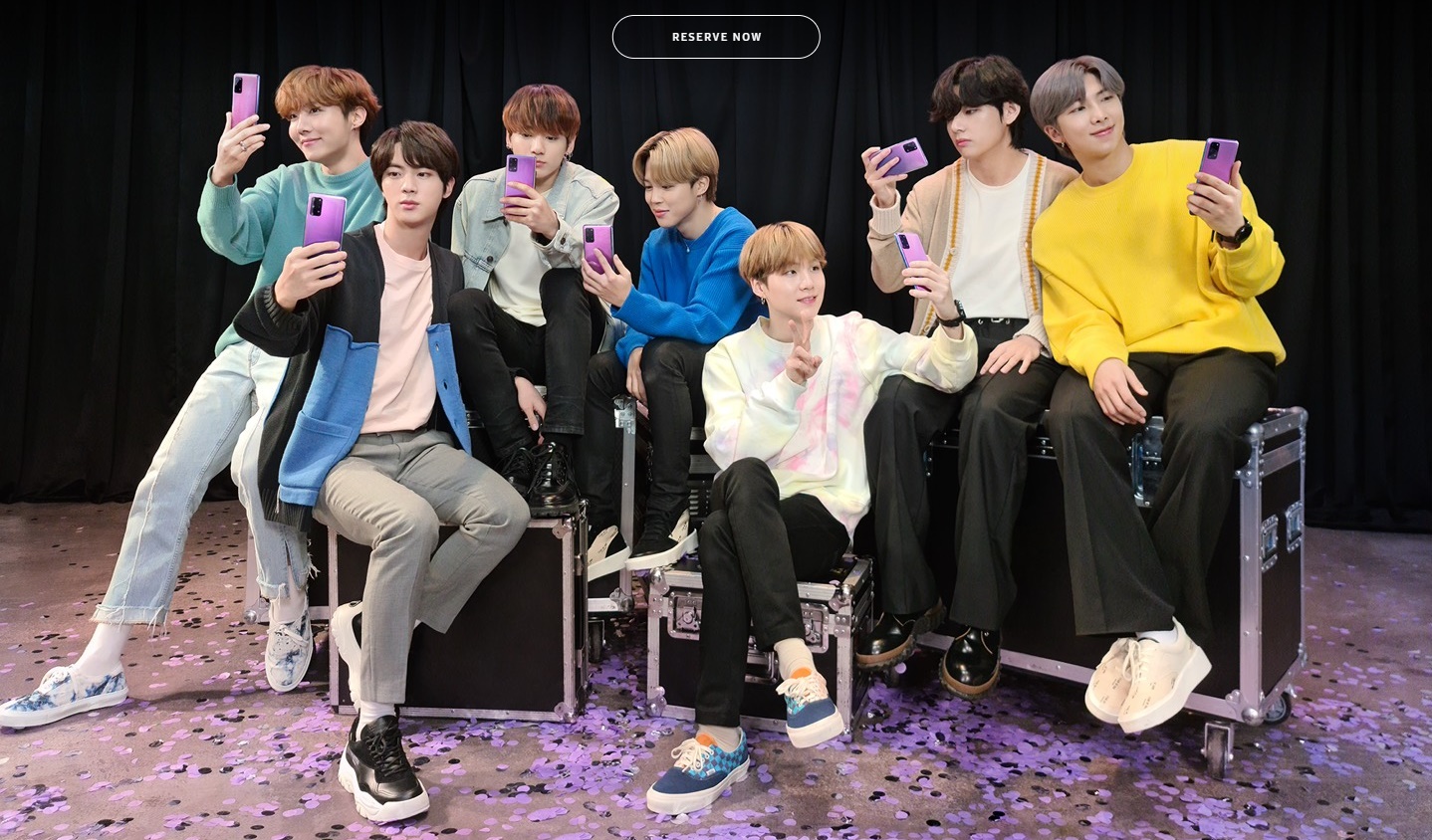 In terms of tech specs, the Galaxy S20+ BTS Limited Edition may be equipped with a Qualcomm Snapdragon 865 chipset since it will be released in the US. On top of that, the user interface will be heavily based on BTS theme with some live wallpapers, 7 collectable BTS photo cards, unique stickers, a BTS-themed lock screen and more. The rest of the tech specs such as the 4500mAh battery, 8GB + 128GB memory capacity, 6.7-inch Dynamic AMOLED 2X display, and the 64MP quad rear camera should be the same.

We don't know if Samsung Malaysia plans to bring this phone into Malaysia or not, but we think they should as there is a fair amount of BTS Army Malaysians here. But what do you think of the design? Let us know in the comments below and stay tuned for more trending tech news at TechNave.com.