Samsung products up to 45% discount on Shopee Super Brand Day! 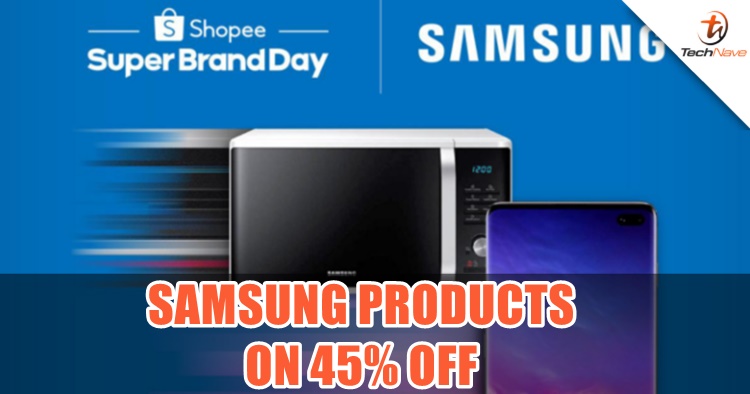 If you surf on Shopee often, you probably have come across Shopee's Super Brand Day campaign. This time around, it will be Samsung Electronics turn coming soon starting from 29 July until 1 August 2019 where attractive deals and discounts will appear.

Under the theme "Now's Your Chance", there will be several Samsung products on sale on a massive discount. For instance, the Samsung Galaxy A30, Galaxy S10 and Galaxy Tab A 8.0 will be on a 40% off. Speaking of gadgets, the Galaxy M10 and Galaxy M20 will be just RM389 and RM659 respectively (initially RM449 and RM799). For home appliances, the Samsung Grill Microwave Oven, Samsung Smart Full LED TV, Samsung Washing Machine and many more will be on sale up to 45% off.

There's also a Spin the Wheel where customers stand a chance to win a total prize pool worth up to RM12,500 such as the Samsung 55" 4K SMART QLED TV, Samsung Galaxy A80 Blackpink Edition, Samsung Galaxy Earbuds, 200,000 Shopee coins, and more. Then finally, on 31 July, there will be a Shopee Live Session at 1 PM where customers can enjoy exclusive Samsung deals and purchases, stand a chance to win a Galaxy A50 by guessing the correct code to unlock the phone, as well as watching a special unboxing of the Galaxy A80 BLACKPINK Edition. 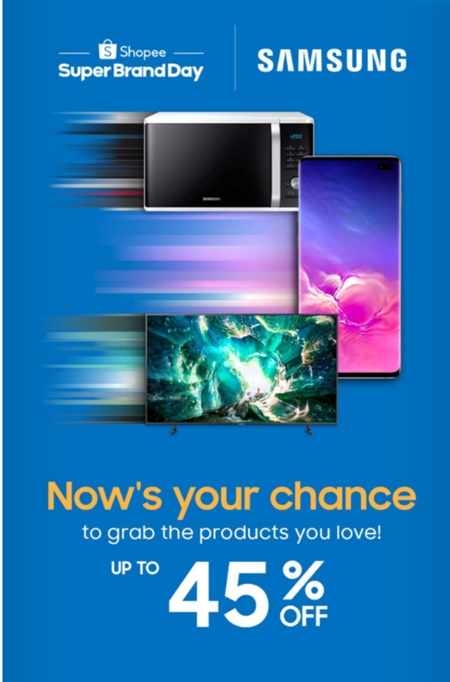 Sounds like a fun campaign for Samsung fans, be sure to drop by if you're interested! Stay tuned for more local tech deals at TechNave.com.