Current Location: Home > News > Samsung remained silent about the Galaxy Note series' future while a leak claimed that it has ended 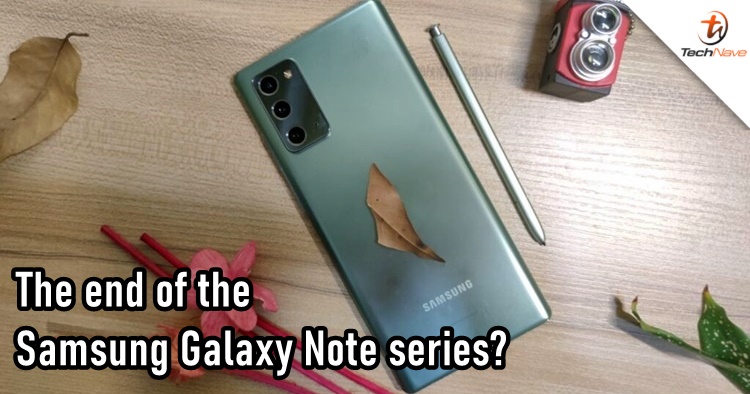 When Samsung unveiled the Samsung Galaxy S21 series, we learn that only the Galaxy S21 Ultra can support an S Pen stylus. But what does this mean for the Galaxy Note series? Although Samsung did confirm that the Galaxy Note 21 series is in development, they seem quite dodgy about it and Twitter leakster, @UniverseIce is claiming that it's the end of the flagship.

For those who don't know, @UniverseIce is a reputable leakster and the fact that he tweeted about the end of the Galaxy Note series says a lot. In his tweet, all he did was posting "The End" along with the Galaxy Note as the caption. To further back this up, there was an interview with Dr TM Roh President and Head of Mobile Communications Business, Samsung Electronics and he purposedly dodged a question about Galaxy Note series' fate.

In the QnA session, the question was about "Samsung’s signature S Pen experience is now available with Galaxy S21 Ultra. What does this mean for the Note Series?" While TM Roh responded to it, he only talked about the company's plan to 'expand the S Pen experience across additional device categories in the future'. I don't know about you, but it seems that Samsung may have thrown in the towel on the Galaxy Note series.

Moreover, Gizmochina.com also ran a poll on asking if 'Samsung should terminate the Galaxy Note series' and there was a split between yes and no. But what do you folks think? Do you want the Galaxy Note series to continue? Let us know in the comments below and stay tuned for more trending tech news at TechNave.com.