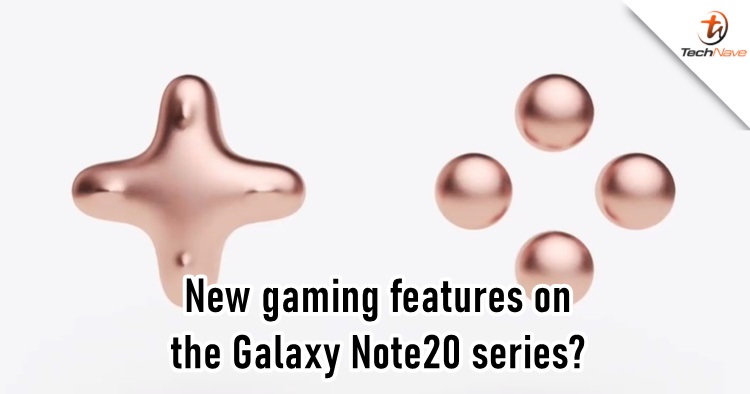 In just a few hours ago, Samsung Electronics uploaded a short teaser video about their upcoming Galaxy Note20 series. Although it's nothing much, it heavily hinted that the Galaxy Note20 series is very much capable of handling mobile gaming thanks to the console-like buttons shown there.

By all means, this is not the first time that Samsung promoted the Galaxy Note series to be capable of handling mobile gaming. In fact, they started promoting this back with the Galaxy Note 9 with a Water Carbon Cooling System that is normally seen on a dedicated gaming mobile phone (like ASUS ROG series and Black Shark series). Besides that, the phablet back then also allowed users to play (selected) mobile games on the DeX via an HDMI to USB C cable, as well as even connect it with a Bluetooth keyboard and mouse. We also expect the flagship series to feature a pair of Dolby Atmos stereo speakers for entertainment purposes.

We might be overthinking this, but perhaps the console-like buttons teaser suggest that the device could have its own mobile gaming controller or something. At this point, we can only speculate that the upcoming Galaxy Note20 series will continue the trend of possibly having an improved cooling system. On top of that, we also hope to see that the new S Pen will be compatible with mobile gaming somehow as Samsung did say that app developers are welcomed to integrate some gaming features with it back in 2018.

We are just halfway through July until Samsung unveils the Galaxy Note20 on 5 August 2020. You can get yourself registered and get first-hand information from their Galaxy Unpacked livestream here. Until then, stay tuned for more trending gadget news at TechNave.com.