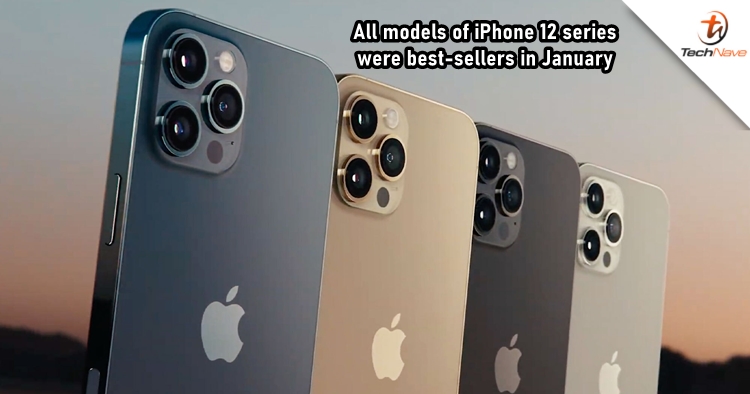 According to a new report, six iPhone models were some of the top 10 best-selling smartphones globally in January. Not only that, four of them including iPhone 12, iPhone 12 Pro Max, iPhone 12 Pro, and iPhone 11 were placed on the top of the chart.

Besides the latest iPhones, old models including iPhone 11 and iPhone SE 2020 were also able to gain a place in the chart. Samsung's effort in promoting the A series has also been fruitful with the Galaxy A21S and A31 appearing in it. Meanwhile, the other brand that made it is Redmi with devices including Redmi 9A and Redmi 9.

Let us know what you think about this chart on our Facebook page. Stay tuned to TechNave.com for the latest smartphone report.