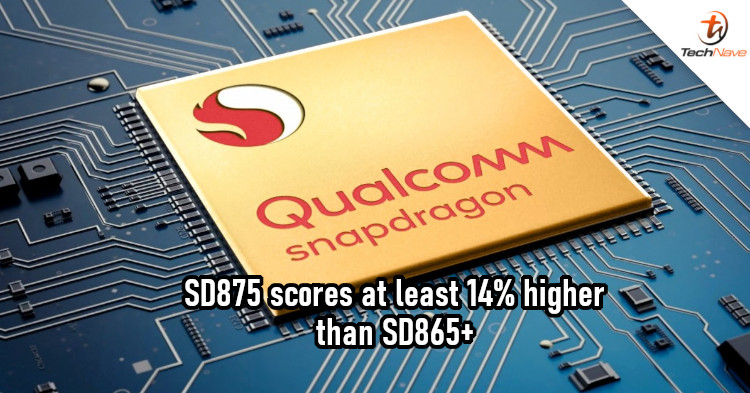 When people evaluate a smartphone these days, benchmarking is often one of the first things they do. While benchmarks don't necessarily tell the full story, it can help us gauge some aspects of a device's performance. In that sense, knowing how well the Snapdragon 775 and 875 chipsets can perform is useful.

According to Digital Chat Station (source in Chinese), preliminary AnTuTu benchmarks for the two new chipsets have been revealed. The Snapdragon 875 (SM8350) chipset scored an estimated 740000 points, while the Snapdragon 775 (SM7350) chipset scored around 530000 points. For reference, the current chart-topper on AnTuTu's ranking board is the ROG Phone 3 with its score of 647919.

As you can see, the Snapdragon 875 chipset sees an increase in performance of at least 14.2% over the Snapdragon 865+ chipset. It could even be higher once Qualcomm is done optimising it. Of course, it should be noted that all we got from this alleged benchmark leak are the benchmark scores. Without the breakdown of how the scores were derived, it's hard to get an accurate gauge of how it would perform overall.

The good thing is that Qualcomm will hold its next big unveiling early next month, so we'll be getting more details soon. Until then, stay tuned to TechNave.com for more news on the latest consumer tech and gadgets.