Back in August and September, Sony Mobile simultaneously announced two new Xperia phones which are the Xperia 1 II (Mark Two) and the Xperia 5 II. To be released in November and December, Sony Malaysia has quietly announced the official local price tag as well - a hefty RM4999 and RM4099 respectively.

So are there any freebies at all if you purchase any either one of them? Well, the company hasn't disclosed anything yet on their website. But we can recap the tech specs and features once again to refresh your memory. Starting with the Xperia 1 II, it's an ambitious phone featuring a Snapdragon 865 chipset, a 6.5-inch 21:9 CinemaWide 4K HDR OLED display, 8GB of RAM, 256GB UFS storage + external memory of up to 1TB via microSDXC support, a 4000mAh battery pack, and runs on Android 10 out of the box. 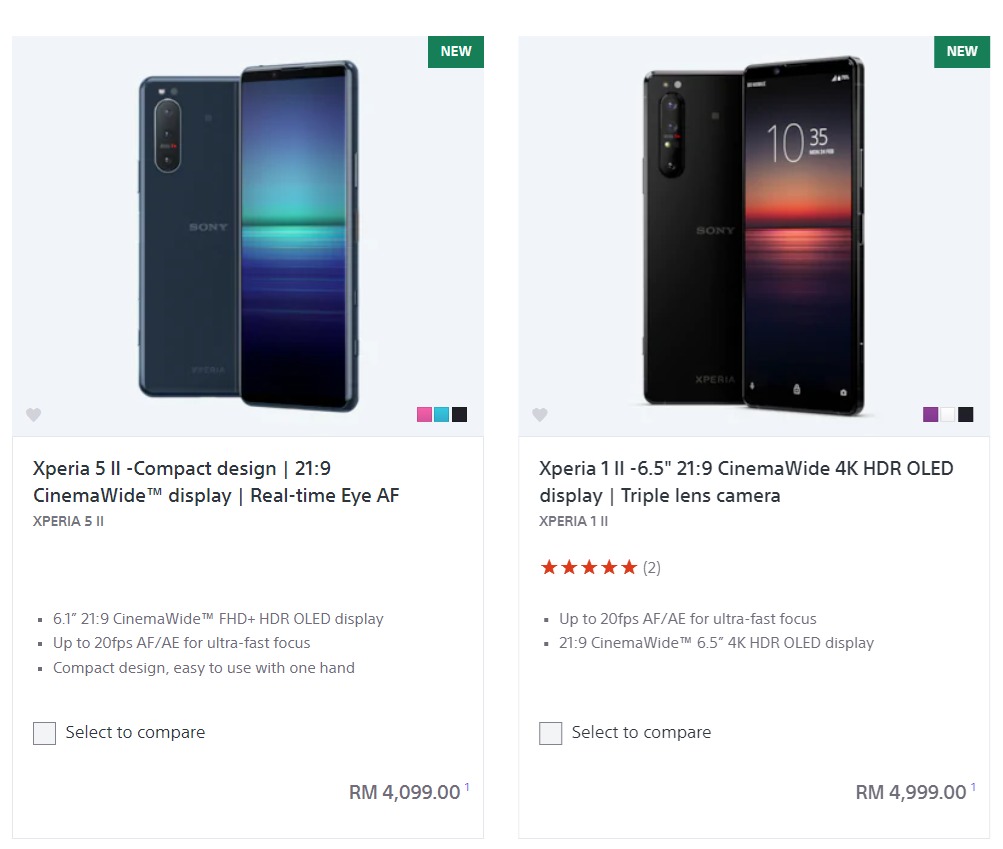 As for the Xperia 5 II, this one also features the same chipset and 8GB of RAM. There are two different storage options - 128GB and 256GB internal storage option and its OLED display supports up to 120Hz refresh rate and 240Hz touch sampling rate. Both phones have a humble triple rear camera module as well with just 12MP sensor for each.

For the full details on the two Xperia phones, you may visit our news coverage here (Xperia 1 II) and here (Xperia 5 II) respectively. What do you think of the price? Let us know in the comments below and stay tuned for more trending tech news at TechNave.com.