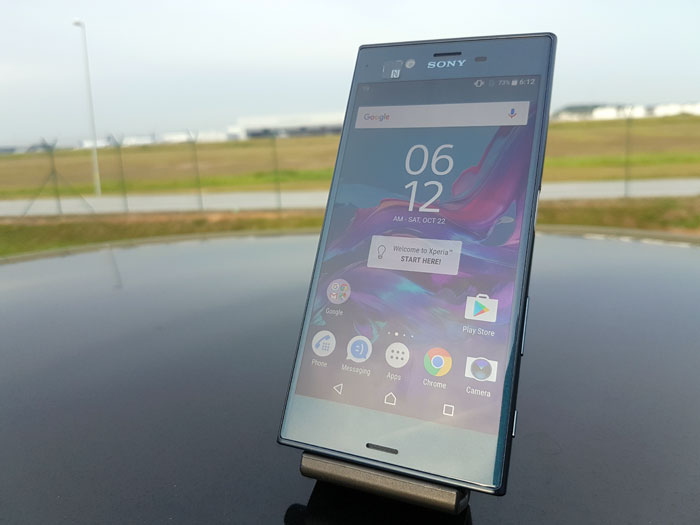 There have been noises among the fans that Sony seems to be slowing down with innovation lately. Many other manufacturers seem to be leaping forward ahead from Sony, and some of the recent smartphone releases did not fully showcase the true potential of the brand and their design capabilities. The new Sony Xperia XZ however has finally silenced the critics, and it is the true flagship that many have been waiting for from the Japanese company. Find out why we think so too in the review below.

Design – a great continuation of the Sony design language 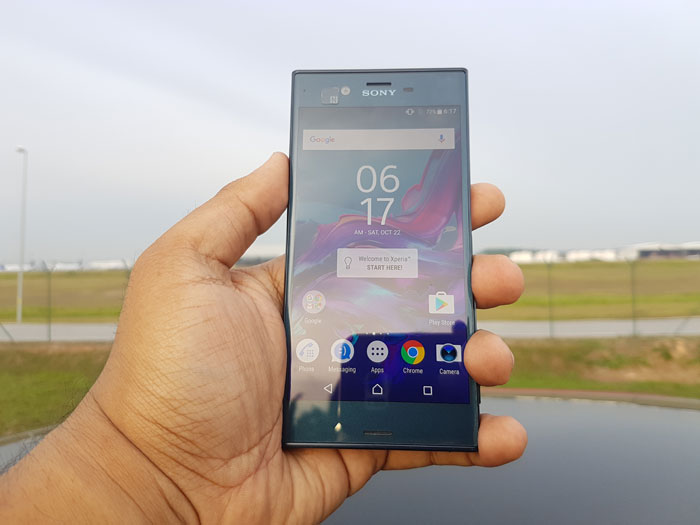 The front of the phone looks nice

Sony has traditionally followed a design language that started off with their first Z series smartphone. While there are tweaks and adjustments made here and there, the design has practically stayed true ever since. The Xperia XZ follows the convention without fail. 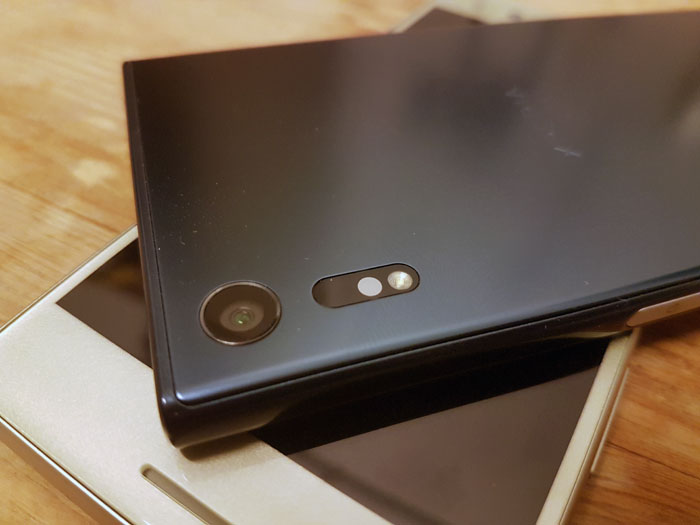 The slate design is inherited from the previous Xperia devices

The slate design that Sony engineers prefer is back with their flagship device, but with tweaks that makes it a classic rather than a rehash. For one, like the recent Xperia devices, Sony has opted to not cover the whole phone in glass, and at the same time has further softened the edges so it is very comfortable in the hands. 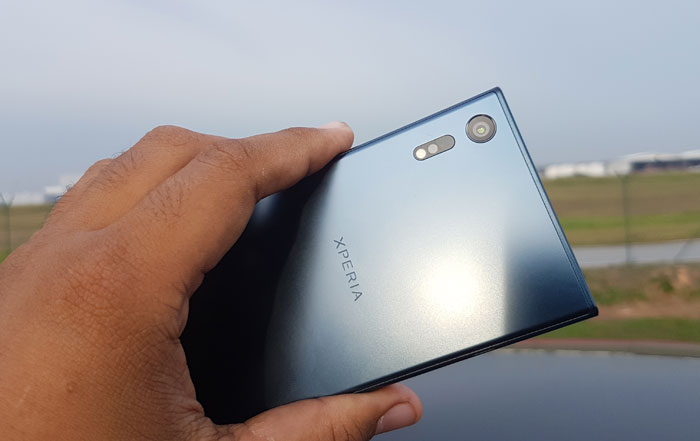 Holding the Xperia XZ in the hand, it feels very sleek and solid – no obvious creaks or rattles when shaken. This pleases us as this means the company did not take any shortcuts in creating their ultimate smartphone of this year. The finish on the phone is silky smooth – a bit too silky that it can feel slippery when held with a sweaty palm. 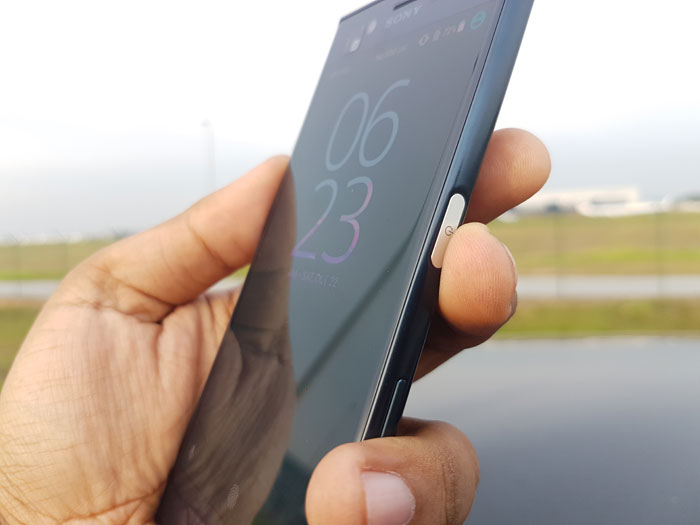 We like the feel of the buttons on the phone – they are silky smooth as well. No clickiness felt when pressed – even the power button feels nicely cushioned when pressed down. 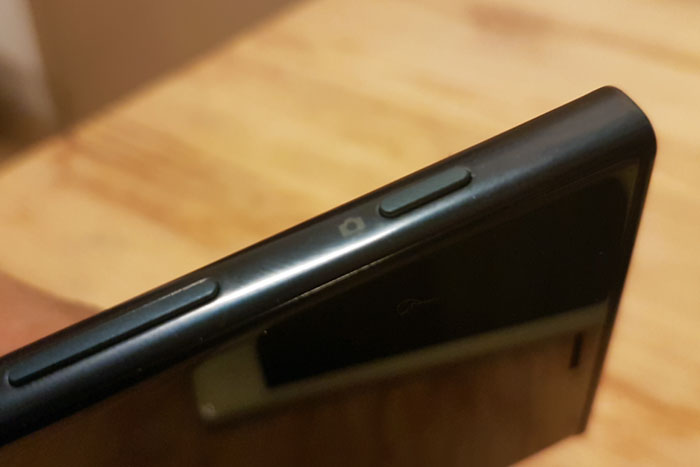 Like all Xperia phones, the Xperia XZ comes with Sony’s every present dedicated shutter button, which makes it great to take photos as it allows proper half-press actions while composing. 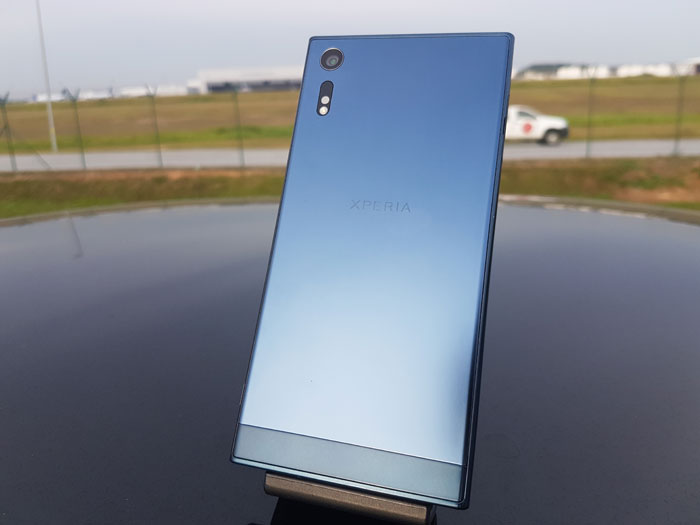 Smooth and clean, with no bumps whatsoever

Also like most Xperias, Sony has kept the flat camera bump on the back of the Xperia XZ. This makes it very flat and will not snag onto anything while in your pocket. As a side note, this is the first Sony product with USB Type-C. 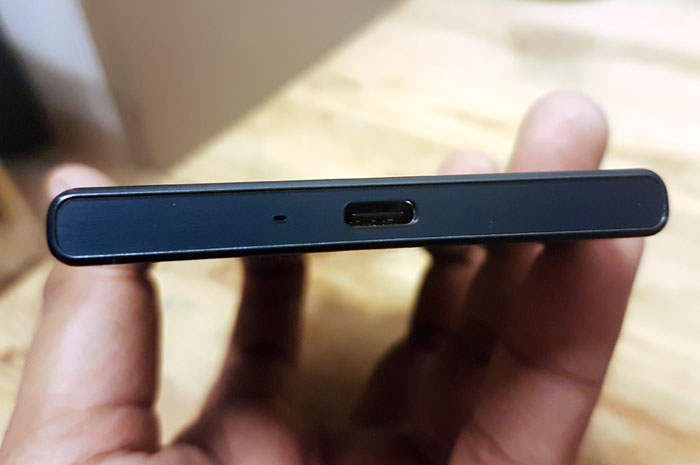 As a recap, the specs of the Sony Xperia XZ are listed below: 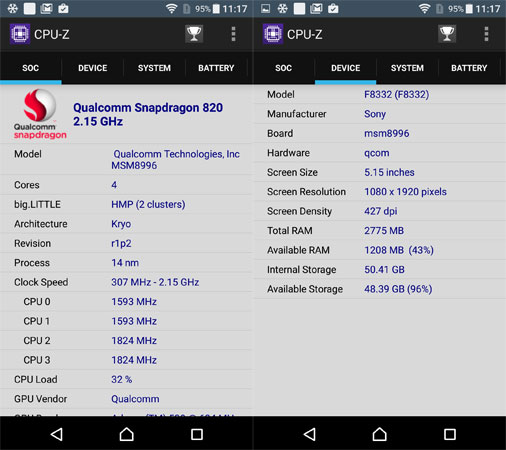 The specs of the Sony Xperia XZ in a nutshell

The specifications of the phone are definitely flagship level. You got the high-end Qualcomm Snapdragon 820, and paired with up to 64GB of internal storage. You even get microSD slot if you need more space in the future! However, the 3GB of RAM may be a bit weak on paper, but it does it job as needed. 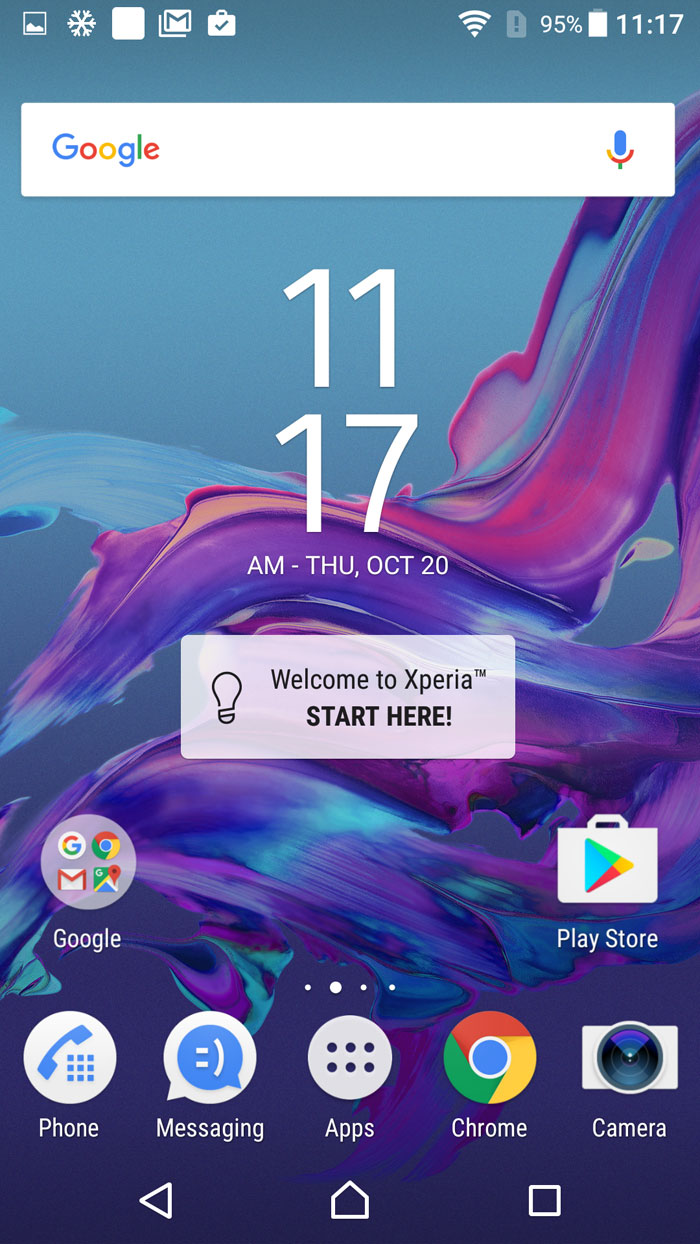 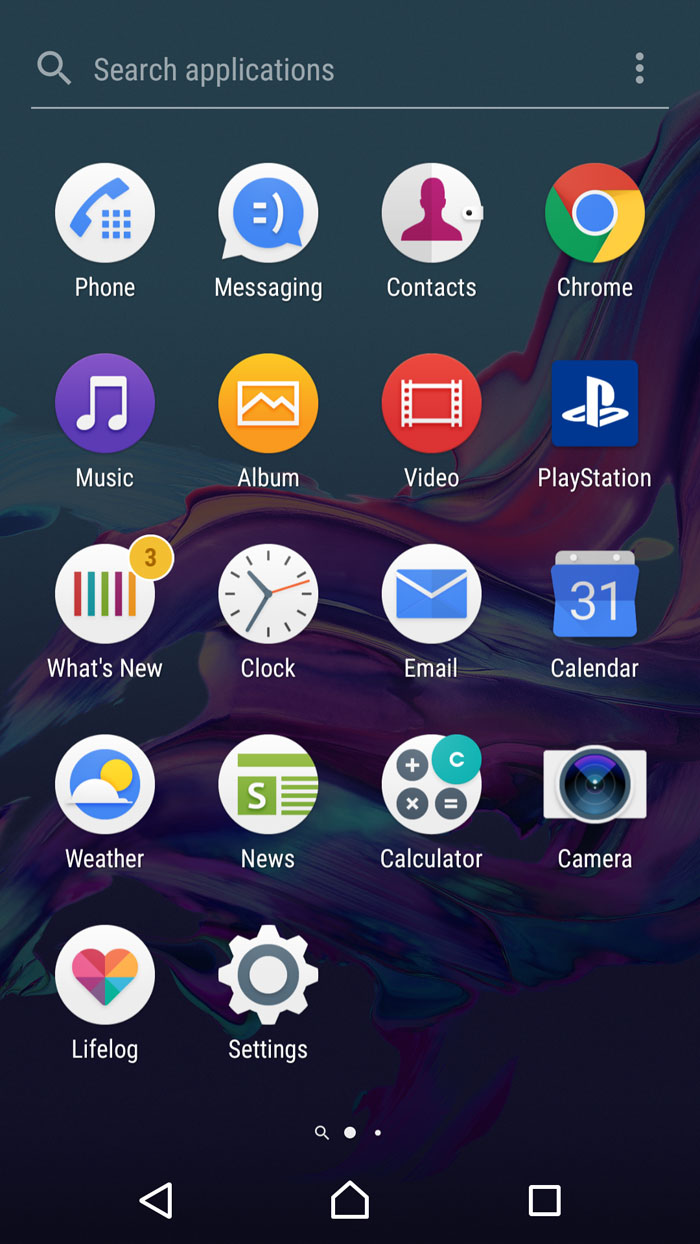 The UI of Sony is pleasantly almost stock

Thankfully Sony’s take on Android is not as drastic as some other smartphone manufacturers out there. In fact, it almost seems stock. You get everything that google promises, and then a bit of Sony flair is thrown into the mix for good measure. We like it as it gives us the flexibility and the looks of stock, and the fine tune enhancements that only an OEM like Sony can give.

Sony has also included what they call the XZ Intelligence in the phone. it is something of a machine learning algorithm that will learn how do you use your phone, and will adjust the settings and memory usage in your phone when it learns your habit. We did not manage to test this out fully as we only had the phone for a short time - but it is a feature that will definitely help in the long run.

Performance with the Xperia XZ is just like any flagship smartphone out there. It is fast, speedy, and more importantly smooth. The Qualcomm Snapdragon 820 SoC gives it the needed kick to be at the front of the pack. The 3GB of RAM may give you problems on memory-intensive apps, but overall you will get a good experience overall with the phone, as a flagship should offer these days. 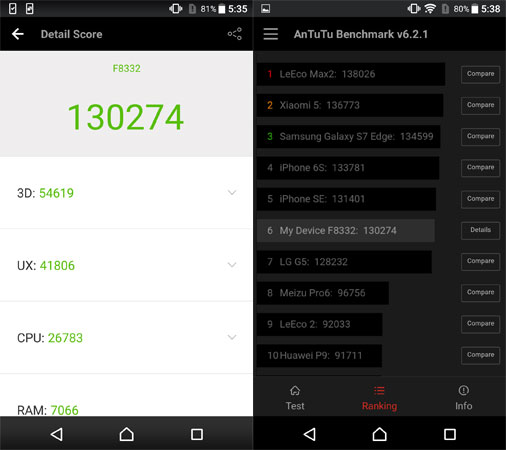 This phone gets the memo - it is in the top 10 list of AnTuTu! 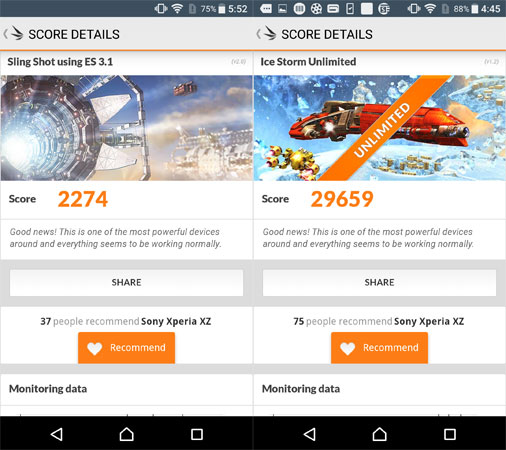 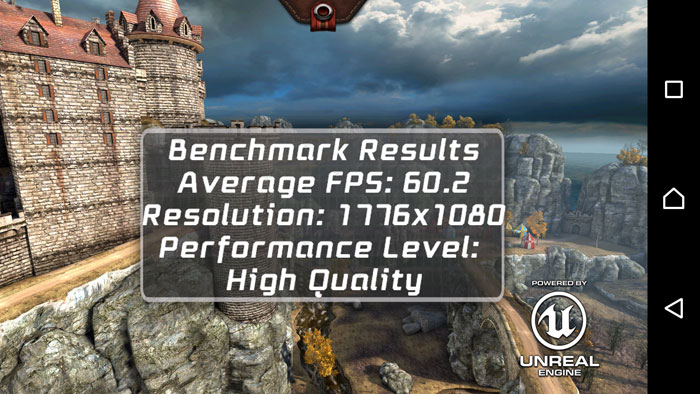 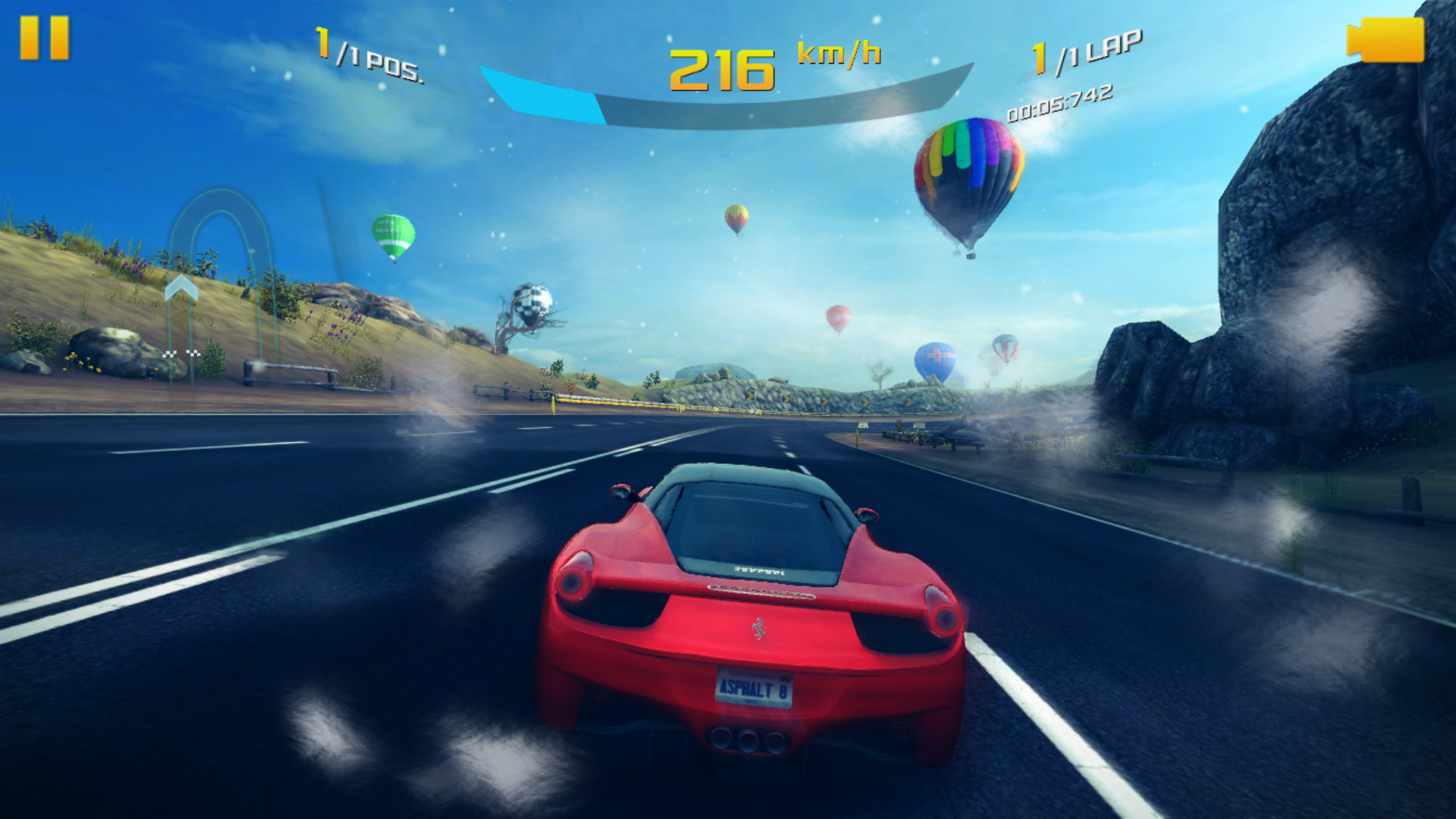 The battery life on the Xperia XZ is also good. The Snapdragon 820 may be a high-performance processor, but it is not a high consumption processor. You will get a full day’s worth of usage with a single charge on medium usage, and if you need the battery to be topped up, Qualcomm’s QuickCharge 3.0 is ready to serve you. Unlike other manufacturers however, Sony is not bundling the quick chargers in the box. Instead it is an additional purchase option that can be made later-on. The bundled charger charges at a normal rate - so you can get your full battery in about a couple of hours rather than 30 minutes.

Heat seems to be an Achilles heel for Xperia phones in the past, but thankfully it has been tempered down recently that it seems to be a non-issue. While playing graphic intensive games, the phone will heat up. However, it is not to the point that it burns every time you touch the body.

Sony did well in the audio department too. They have included front stereo speakers on the Xperia XZ, so that music and videos can be enjoyed without any cupping needed on the user’s behalf. The sound can be a bit louder in certain cases, but overall it is a great experience while on the go. 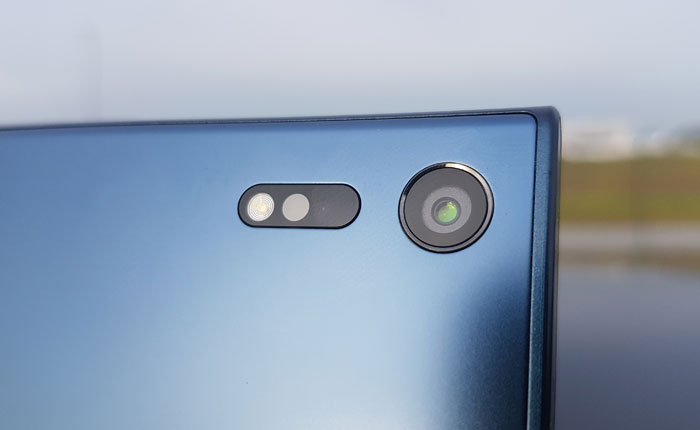 Sony's 23-megapixel sensor in all its glory

The most important feature these days is the camera – don’t deny it. It is the source of your entertainment, as well as recording your memories. So, having a good camera is important – and the Sony Xperia XZ does not disappoint in that manner. The 23-megapixel sensor is one of the best in the business right now, and we are satisfied with the performance of the sensor.

The photos taken with the Xperia XZ overall are good, and generally pleasing to the eyes. We love the dedicated shutter button, which makes photography on the smartphone an enjoyable one for both beginners and advanced users. The triple-focusing system helps in getting the shot that you want – phase-detect to detect the movement, laser focusing to lock in the focus, and the RGB sensor to ensure everything is a-ok in the image. 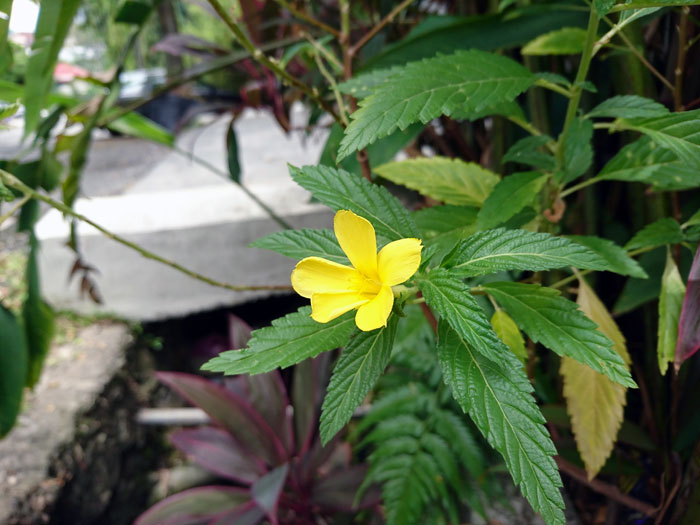 Great yellow reproduction in this image Details are captured well with the sensor 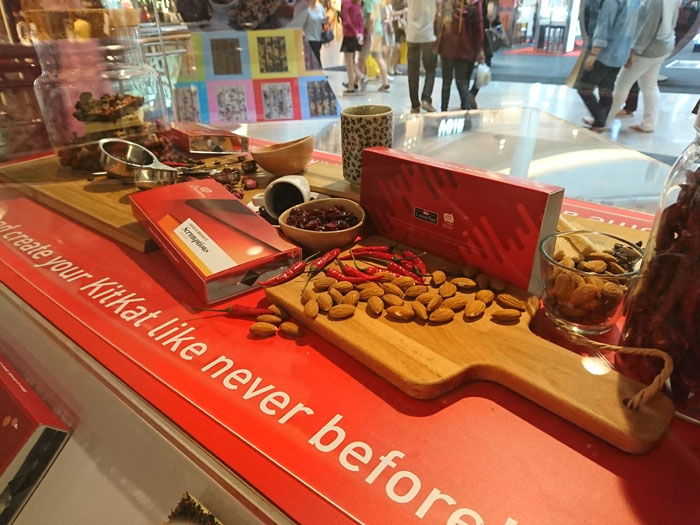 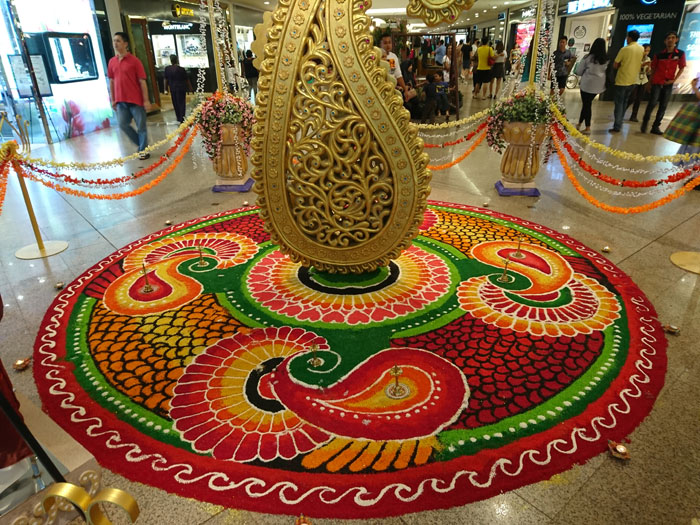 The sensor managed to capture the details in this kolam nicely 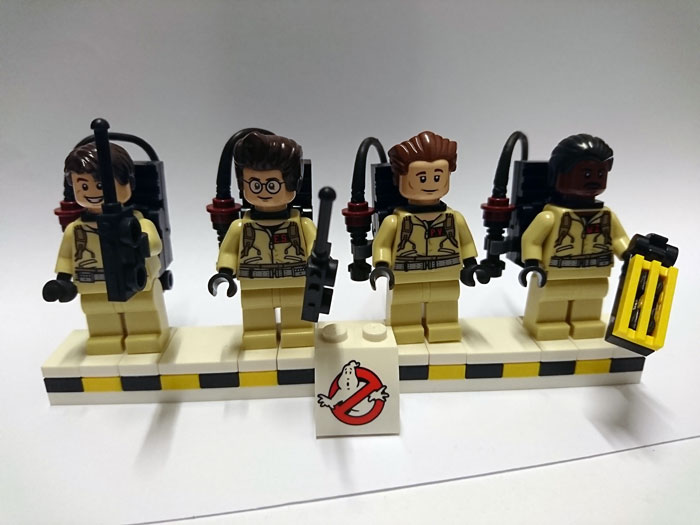 Thankfully the skin colour reproduction is good too 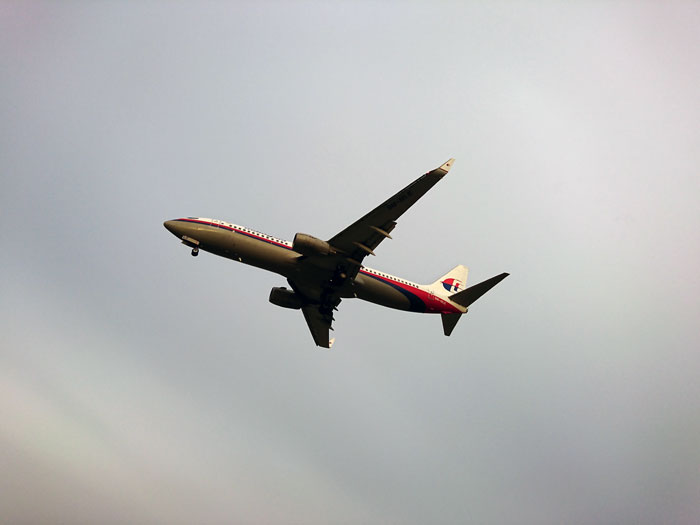 The speed of the camera is also impressive. This was taken when the plane is rushing by at 200+ KM/h 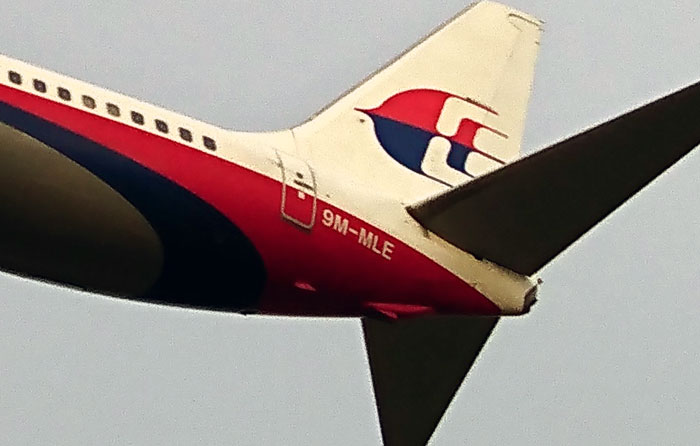 However we have a complaint with the software that Sony has given in the camera. Yes the menu are more extensive than previous models, but the Manual mode is a bit sparse when compared with other manufacturers. 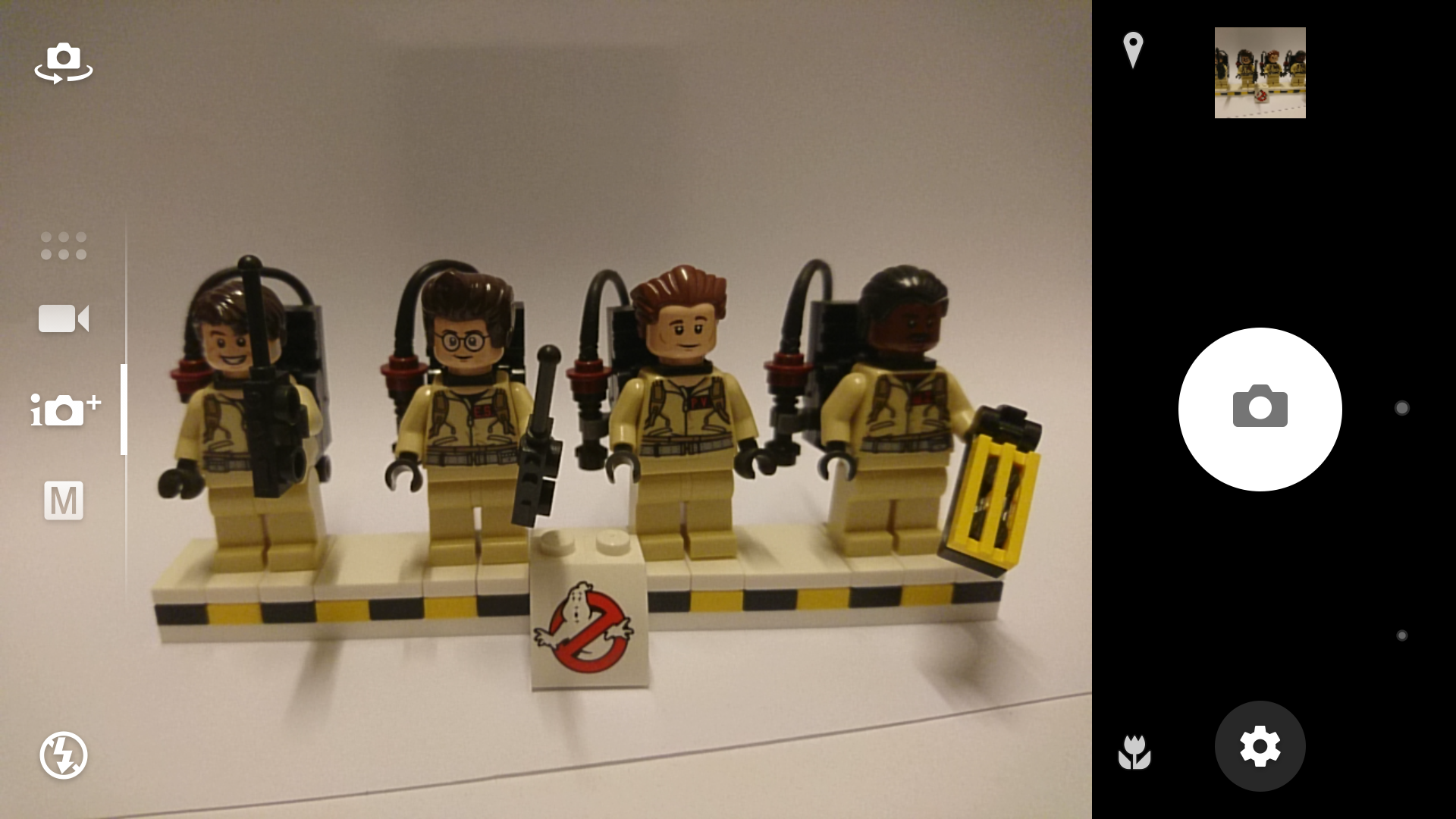 Not to say that the features are lacking, but it is all buried underneath the menu option – we would like to see the Manual mode to have all the options displayed on screen rather than having the need to dive deep to change ISO settings for example.

Conclusion – Sony has returned to form 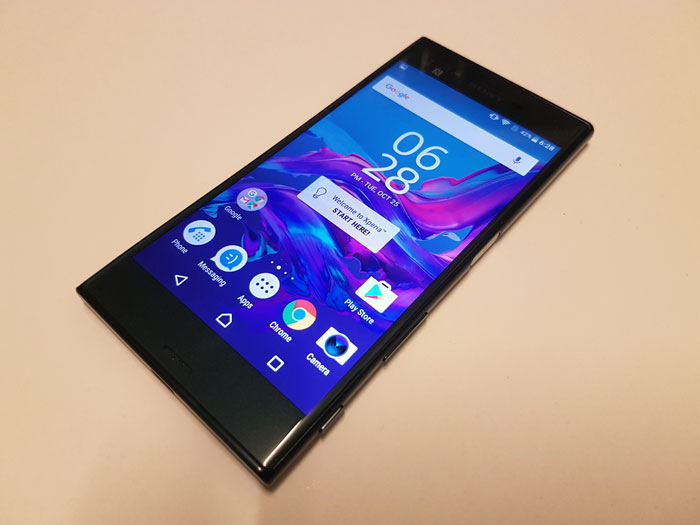 The flagship battle has seen many contenders come and go in the race to be the best flagship phone money can buy. Sony’s latest smartphone, the Xperia XZ is on the right track to bring the company back to the race, and it has the right mix of features and looks to be in contention against other smartphone manufacturers.

There are many smartphones out there in the market at this level – the Samsung Galaxy S7, Apple iPhone 7 and even some from the lower price points like the ZTE Axon 7 and Honor 8. However the design and features of the Sony Xperia XZ can surely make Sony fans (and even others) to take a second look at this flagship device from the land of the rising sun. It is a tough market out there now, but this Sony may just be the ticket for the company to succeed in the sub-RM3000 flagship market.