Sony's DualSense controller could have way more battery than DualShock 4 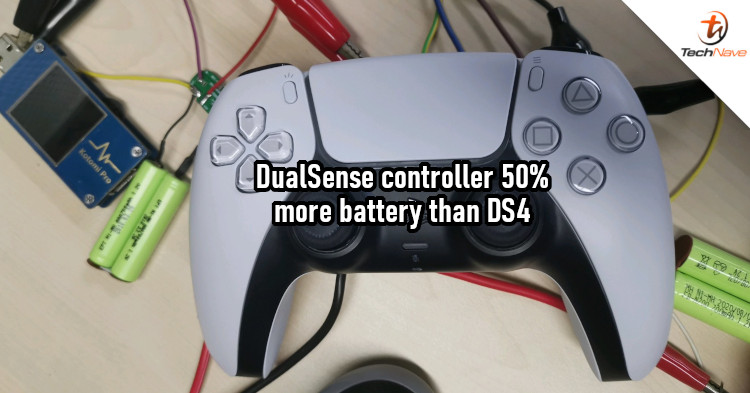 The next-gen Sony PlayStation 5 is something that many are looking forward. Not only is the console going to have incredible performance, but we're also looking at a wealth of new features and a fancy new controller. But the DualSense isn't just about providing new features and is allegedly going to have a larger battery than the DualShock 4.

In a new leak, Twitter user Galaxy666 claimed to have tested the new controller of the PS5 and shared some pictures of it. The images show that the leaker was attempting to benchmark the battery performance of the DualSense controller, which has a battery capacity of 1560mAh. That's over 50% more than a current-gen DS4's 1000mAh.

buttons are more pleasant to press than PS4，of course, there are no lights on any buttons

Of course, it should be noted that a DS4 runs on 3.7V, compared to DualSense's 4.2V as shown in this leak. In other words, the DualSense uses more voltage to operate, which will mean it drains more battery. The larger battery should ensure it can operate longer hours, but it's hard to say how long without some real tests. However, Galaxy666 did say that the buttons on the DualSense feel nicer to press, so that's a point in its favour.

Assuming that the new controller does last longer, this would be great news for those who like to game for extended hours. But aside from longer battery life, what else would you like to see from Sony's next console controller? Let us know in the comments below and stay tuned to TechNave.com for more PS5 updates.