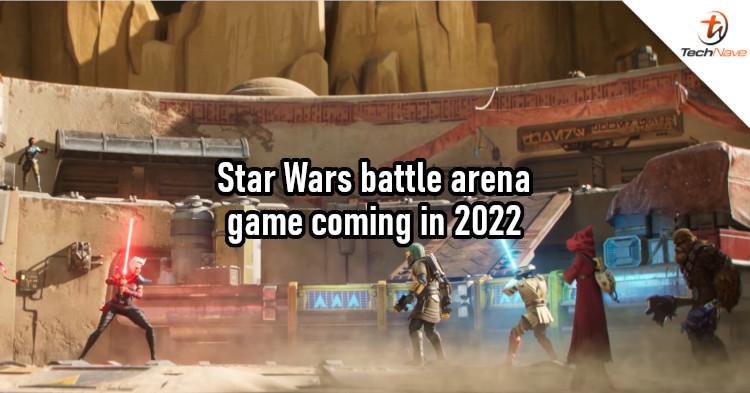 The Star Wars franchise is a huge one that encompasses several forms of media, each interesting in its own way. There are even video games based in the Star Wars universe, like the Star Wars: Knights of the Old Republic remake we mentioned earlier this week. Earlier today, a new Star Wars game for mobile devices was announced.

Star Wars: Hunters is developed by Zynga and will be released on the Nintendo Switch, Android, and iOS in 2022. In case you didn't know, Zynga is the company that developed Farmville, the game that used to be super popular on Facebook. Based on the trailer and descriptions given, this is a player-vs-player battle arena game. In our opinion, it will probably play more like Pokemon Unite, rather than the standard MOBA games like Mobile Legends.

A total of 8 characters were shown in the trailer, with four of them officially given names - Rieve (Sith), Aran Tal (Mandalorian), Grozz (Wookie), and Zaina (Rebel fighter). There's also a lightsaber-wielding droid, a stormtrooper, a triple-stack of Jawas, and some mad scientist looking character. We didn't get to see any actual gameplay though, so the visuals in the trailer might just be cinematic and not what you get in-game.

Since Farmville was a pretty casual clicker game, it's surprising to see Zynga developing a game like this. But what do you think about it so far? Would you be interested in downloading the game? Let us know in the comments below, and stay tuned to TechNave for more updates about it.