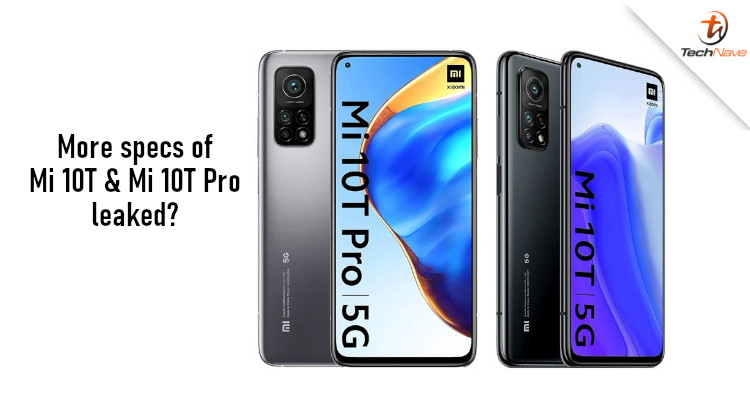 The Xiaomi Mi 10 series has proven to be more crowded than most, as the Mi 10T and Mi 10T Pro are rumoured to be on the way. We've seen renders of the Mi 10T Pro recently, but now some tech specs of both phones have allegedly been leaked.

While some key tech specs were previously listed, we're not getting more via a new leak. According to Gizmochina, the Mi 10T and Mi 10T Pro are expected to share the same Snapdragon 865 chipset, 128GB or 256GB of internal storage, 5000mAh battery, and 6.67-inch FHD+ display with 144Hz refresh rate. For RAM, the Mi 10T will have 6GB while the Mi 10T Pro will have 8GB. In terms of features, both phones will come with a side-mounted fingerprint sensor. As for the cameras, the Mi 10T Pro will allegedly have a triple rear camera setup (108MP+20MP+12MP) and one front camera (20MP). The Mi 10T's camera setup is supposed to be similar, except the main rear camera is a 64MP sensor instead.

Of course, the source for this doesn't sound credible, so it's best to take this news with a grain of salt. But if these tech specs are accurate, would you be interested in buying the Mi 10T or Mi 10T Pro? Let us know in the comments below and stay tuned to TechNave for further updates on this.