Current Location: Home > News > The KKMM said there are as many as 167 fake news and counting to date about COVID-19 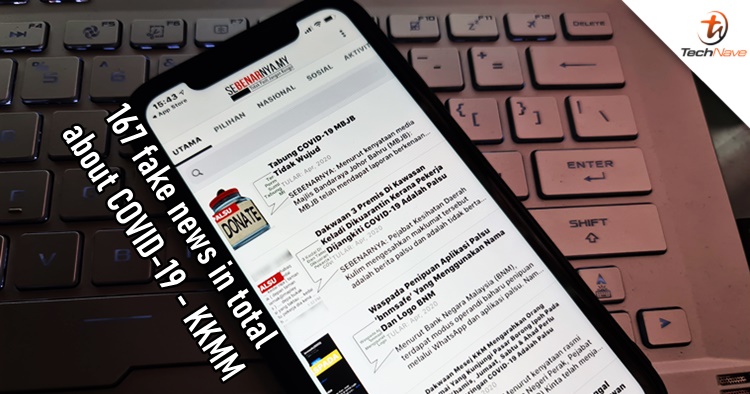 Ever since the start of the COVID-19 outbreak, multiple fake news have been floating around online thanks to our naive uncles and aunties in our family chat groups. But do you know how many are there right now? According to the Kementerian Komunikasi dan Multimedia Malaysia (KKMM), there is as many as 167 fake news about COVID-19 officially.

To add on, Deputy Secretary of Strategic Communication and Creative Industry, Shakib Ahmad Shakir said there was a Quick Response Team formed just for that. Formed since 16 March, the team received from 6-9 fake news a day. As of 13 April, there were 159 denials and 167 official fake news announcements.

Shakid said the fake news that was spread by the public is usually because they didn't know it was fake or not but on the other hand, there are also some news outlets intentionally faking it just for the traction and "likes". He went on urging the public to be more vigilant and educate themselves to tell apart on what's fake or not. Although it was shared with good intention, misleading and feeding the public with false information will not improve the situation.

Various companies have come up with ways to deal with and combat fake news. For example, MCMC and Sebenarnya.my have set up an account on Telegram to inform the public official COVID-19 news. You can check out here on how to spot check if the news you're reading is fake or not.

Let's do our role and beat this outbreak, we are in this together. Stay tuned for more tech news at TechNave.com.