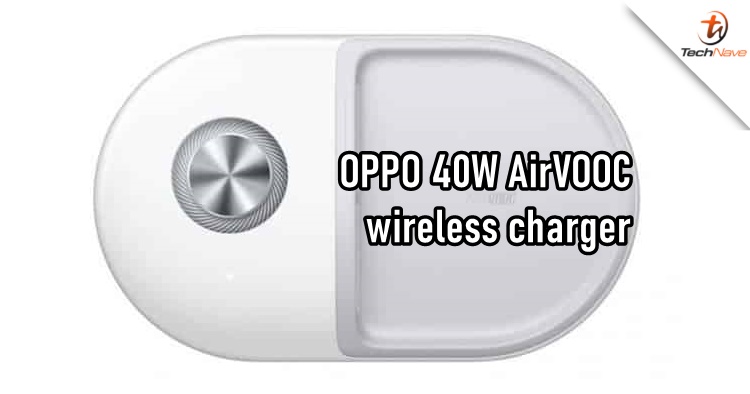 While the majority of consumers still prefer cable charging over wireless charging (for obvious reasons), that could change in the near future as we just learn that a new OPPO accessory just got certified by the Wireless Power Consortium (WPC). Called as the OPPO 40W AirVOOC wireless charger, this bad boy will be released together with the upcoming Reno Ace 2 next week.

As the name suggests, the OPPO 40W AirVOOC wireless charger has a charging output of up to 40W and that's super fast. Of course, price and availability are unknown at this moment so we will get to know more about it when the company reveals it. However, since it's coming together with the Reno Ace 2 soon, rumours have it that the phone will be able to support 40W wireless charging and an even higher 65W charging from the traditional way. 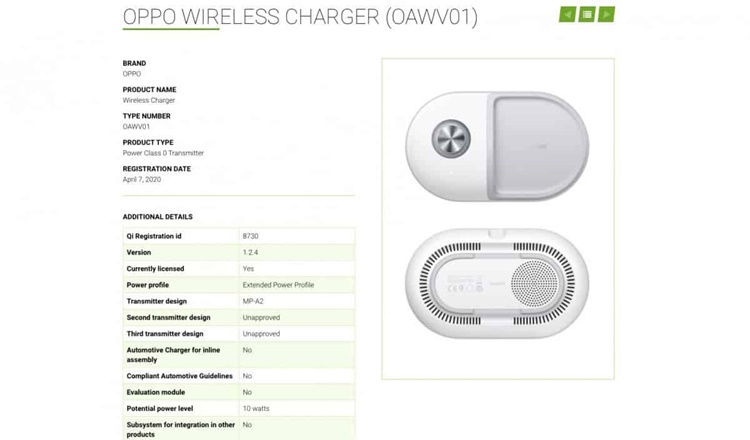 From WPC's website, the wireless charger has a simplistic design where the user can place the phone on the right side. On the left side, it looks like a power button but according to sources, it's said to be a spinning fan to cool down the heat which makes sense, as the bottom of the device has some tiny air vents around.

Compared with the OnePlus Warp Charge 30 Wireless, I prefer the latter simply because it's able to control the heat dissipation while charging wirelessly. But what do you think? Let us know at our Facebook page and stay tuned for more trending tech news at TechNave.com.