OPPO has just launched the OPPO F11 and OPPO F11 Pro in India, starting from the price of INR19990(~RM1154) and INR24990(~RM1443) respectively. Unsurprisingly, OPPO did not include the device with the new 10x Lossless Zoom technology that was recently showcased during MWC2019. However, we should expect phones after this release to include the aforementioned technology.

The OPPO F11 series is the second phone after OPPO Find X, to come equipped with a pop-up camera. But unlike the Find X, in which its pop-up camera includes both the front and rear camera sensor modules, F11 Pro is only has a 16MP front-facing selfie camera. They have also noted that the pop-up camera’s durability is rated for up to 100 pop-ups a day for 10 years. 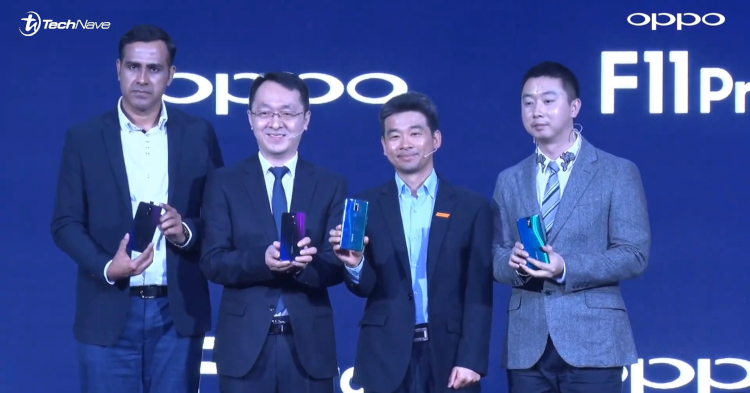 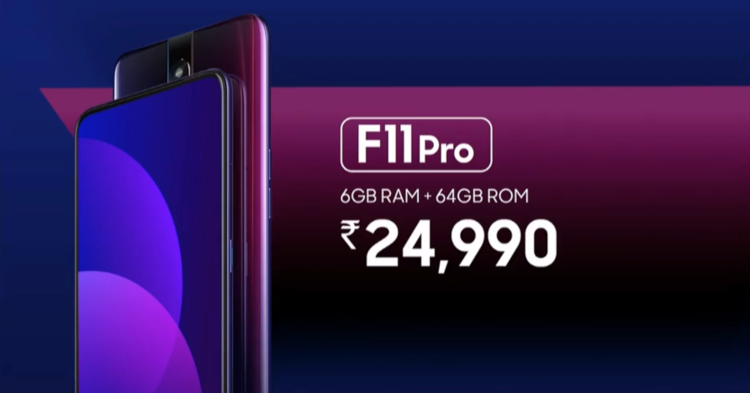 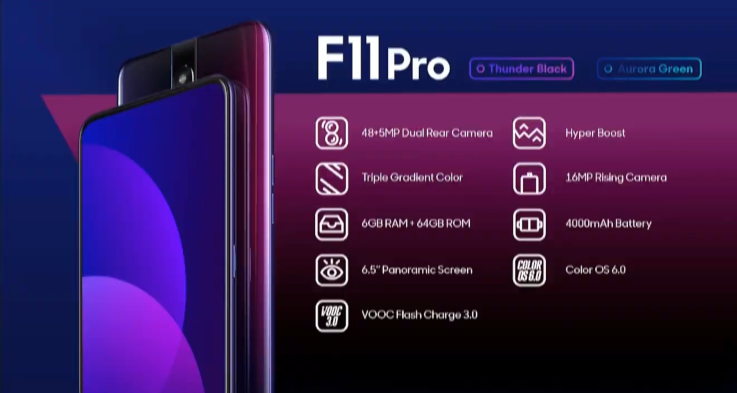 In terms of features, the device comes with various features such as Ultra Night Mode, VOOC 3.0 which charges the phone 20% faster, Game Space, and lastly, Hyper Boost to increase either gaming performance, system performance as well as application performance.

As for the tech specs, the OPPO F11 Pro comes equipped with the MediaTek Helio P70 chipset, memory configuration mentioned above, 48MP + 5MP rear camera, 16MP front-facing selfie camera, 6.53-inch display with a screen resolution of 1080x2340 pixels and it is powered by a 4000mAh non-removable battery. 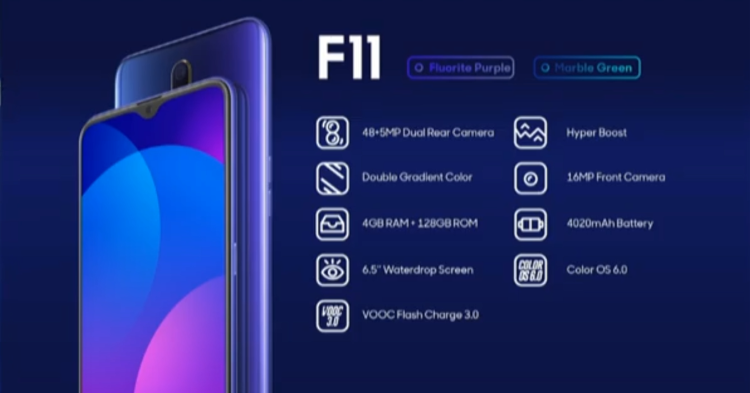 OPPO also announced the OPPO F11, which retains the same specs as the Pro variant other than a smaller RAM capacity of 4GB, a 128GB of internal storage and a 4020mAh non-removable battery.

For now, the devices are available in Aurora Green and Thunder Black colours with pre-orders starting today and official sales in India starting from 15 March 2019. There is no news on when the OPPO F11 Pro will be available in Malaysia as well as the local price of it for now, so stay tuned to TechNave.com for more updates on this.