Current Location: Home > News > The OnePlus 8 series will have a LPDDR5 RAM and UFS 3.0 Flash Storage

The OnePlus 8 series will have a LPDDR5 RAM and UFS 3.0 Flash Storage 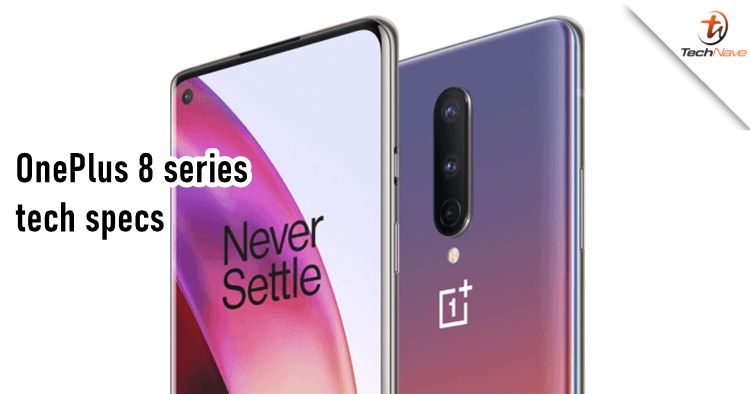 Just yesterday, OnePlus have confirmed the live stream event for the OnePlus 8 which will start on 14 April, 11PM in Malaysia. However, Pete Lau, the co-founder of OnePlus took it a step further by confirming some key tech specs with the fans on a OnePlus forum. Here's what he wrote about the OnePlus 8 series.

Focused on the theme of "fast and smooth", we already know that the OnePlus 8 series will feature the latest Qualcomm Snapdragon 865 chipset. While being himself, he passionately wrote why this chipset is no joke. For those who don't know, this bad boy offers a 25% increase in CPU performance, a 25% increase in GPU rendering times, yet is able to save 25% more energy at the same time. Compared to the previous chipset, the 865 chipset's AI performance is twice as much, offering 35% better power efficiency, a 40% increase in video noise pixel processing, and a 16% reduction in power consumption when a user is doing video recording.

Pete Lau didn't disclose what is the figure for the RAM but he assured the fans that the phones are using the latest LPDDR5 units. How good is that, you asked? According to statistics, the transfer rate can reach as high as 6400Mbps and 51.2GB/s. Like the chipset, the LPDDR5 also achieves lowered power consumption of up to 45%.

As for the internal storage, techies should be happy to know that the UFS 3.0 flash storage is on board but with two new tech additions. These will be Turbo Write and Host Performance Booster, which can help boost the OnePlus 8 series speed further in terms of high-speed read/write interval, as well as random read performance after extended use respectively.

Besides that, the OnePlus 8 series supports 5G connectivity and also has a 120Hz Fluid Display. OnePlus is sure taking speed seriously and we are quite curious on how that will play out once the phones get released. Until then, stay tuned for more OnePlus news at TechNave.com.