The Redmi K30 Ultra will be launching on 11 August sporting a 64MP quad camera setup! 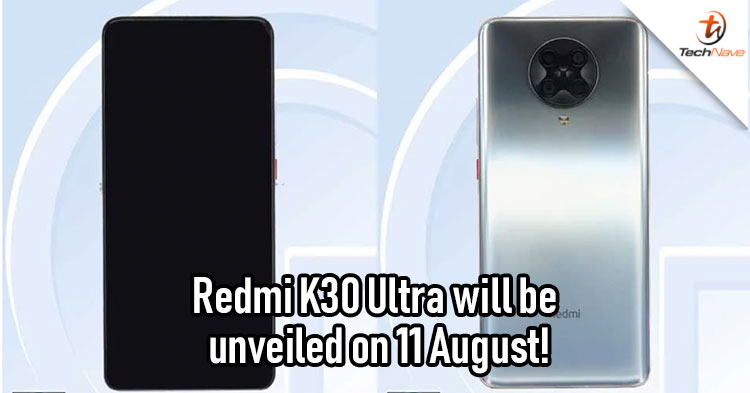 Earlier on, we’ve reported about the expansion of the Redmi K30 series which the Redmi K30 Ultra being the seventh member for the series that surfaced on TEENA listings. Today, we got another leak on the other tech specs and cameras as well as the updated launching date which it will be announced on 11 August alongside the Mi 10 Ultra at Xiaomi’s 10 Anniversary event.

According to the source, General Manager of Redmi Lu Wei Being mentioned that the Redmi K30 Ultra is the one that will overcome the shortcomings of a low refresh rate on the Redmi K30 Pro with a 120Hz refresh rate AMOLED display. It will still remain the pop-up selfie camera from the Pro and Zoom models so it will not have any punch hole or notch on the top of the display to interrupt the buttery smooth scrolling.

Either way, there’s still no official confirmation on the tech spec and Malaysia releasing dates, so do take this with a pinch of salt and let us know will you want to own the Redmi K30 Ultra at our Facebook page. Stay tuned for more tech news updates on TechNave.com