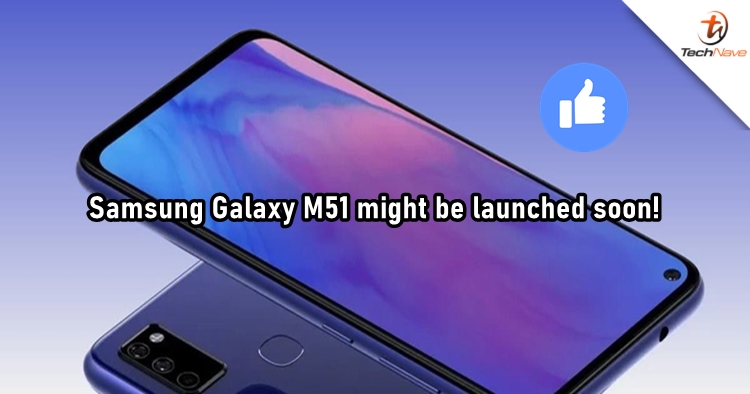 The Samsung Galaxy M51 has appeared last week with a rumour saying that it's going to bring us a huge 7000mAh battery with 25W fast charging support. Some of you must be very excited about the upcoming Samsung mid-range phone and can't wait for its launch. Now, the good news has come as the Galaxy M51 has made an appearance on the official website, hinting that the launch is getting close.

To recap, the Galaxy M51 is expected to be powered by the Qualcomm Snapdragon 730G paired with 8GB of RAM and 128 GB of internal storage. It could also come with a 6.7-inch FHD+ display with a punch-hole cutout. For photography, it might have been confirmed that the device will bring a 64MP quad-camera setup with other sensors being unknown at the moment.

Let us know what you think about the upcoming Galaxy M51 on our Facebook page. Stay tuned to TechNave.com for more exciting smartphone news.