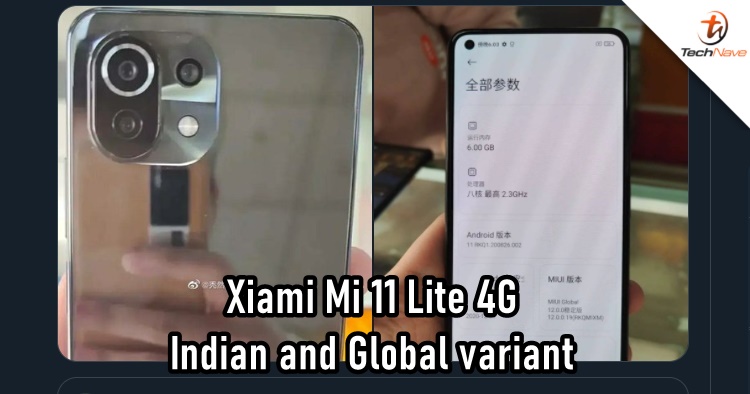 Last week, we reported that the Xiaomi Mi 11 Lite was spotted on the Google Play Console with some leaked specs. Although it's best to take them with a pinch of salt, there is some new evidence that the Mi 11 Lite may come in both 4G and 5G variants.

It seems that it was leaked in a Xiaomiui, a Xiaomi Telegram channel revealing the Mi 11 Lite 4G variant. Rumours have it that this variant is scheduled to launch in India and other selected global markets as well. According to the screenshot below, the firmware code says "courbet", "courbet_global" and "coubetin_india". 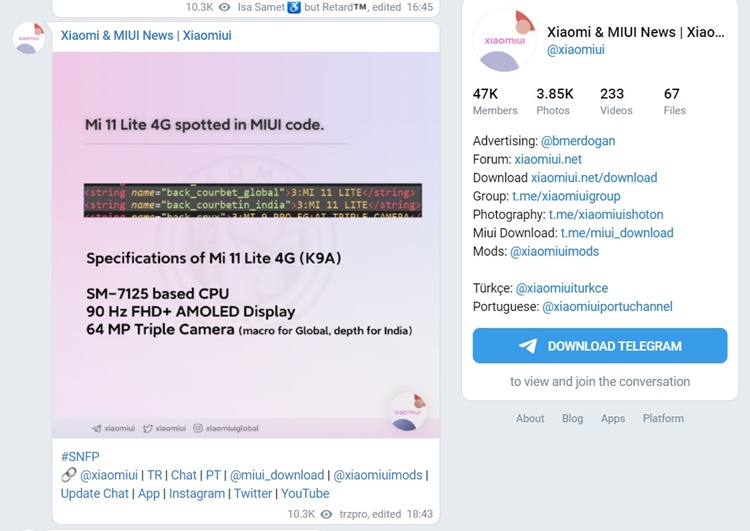 On top of that, the Mi 11 Lite 4G could feature a Snapdragon 720G, an FHD+ AMOLED display with a 90Hz refresh rate, as well as a triple camera module similar to the Mi 11 but with some adjustments. For one, the Indian variant might get a 5MP depth sensor instead of a macro lens. The battery pack could be 4250mAh with 33W fast charging, coupled with 6GB/8GB of RAM and 64GB/128GB storage.

We will be keeping an eye on this so until then, stay tuned for more trending tech news at TechNave.com.