Current Location: Home > News > The next Samsung Galaxy S series will be called S20 and it has a leaked specs sheet 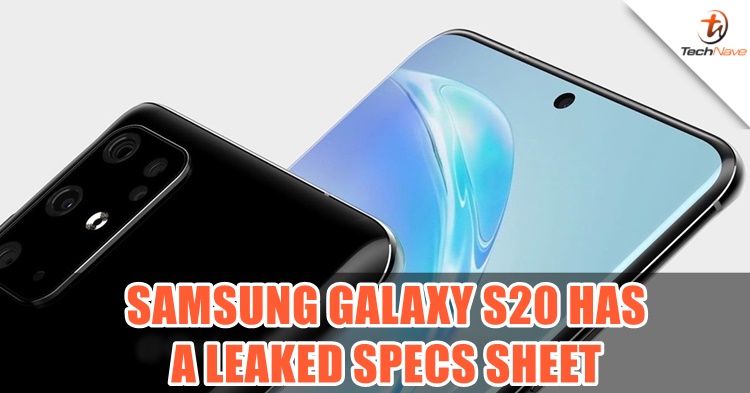 As the date of Samsung Unpacked 2020 gets even closer, the speculations of the next Galaxy S series have become more and more exciting. At this point, you might have known that the Galaxy S10’s successor will not be called S11, it will be called S20 instead to signify a new start for the series. Other than that, Phone Arena has also collected all the rumours and put them into a tech specs sheet that looks promising. Let’s have a glimpse of what powerful features the S20 series is going to bring us!

It is said that the new Galaxy S series is named as S20 to represent the year of 2020, and it may be called S21 in 2021 and so on. As for the specs, all of the devices will feature either a Qualcomm’s Snapdragon 865 or Samsung’s Exynos 990 chipset. Earlier, we’ve heard rumours that Samsung is not going to use Exynos chipset for the Galaxy S series anymore, but somehow it still appeared in the sheet. The sheet also suggests that the S20 Ultra will be the only device from the series to have a 48MP periscope camera, which will allow up to 100x "Space Zoom" hybrid optical/digital magnification. For the main 108MP camera, tipster IceUniverse has another saying. The famous leaker revealed that the new Galaxy S smartphones will come with a 12MP 1.8μm main camera sensor instead, compared to Note 10’s 1.4μm sensor which appears to be less powerful.

True or not, we will get all the questions answered by Samsung on 11th February 2020. Let us know what you think about the upcoming Galaxy S20 series on our Facebook page. Stay tuned to TechNave.com for more smartphone rumours.