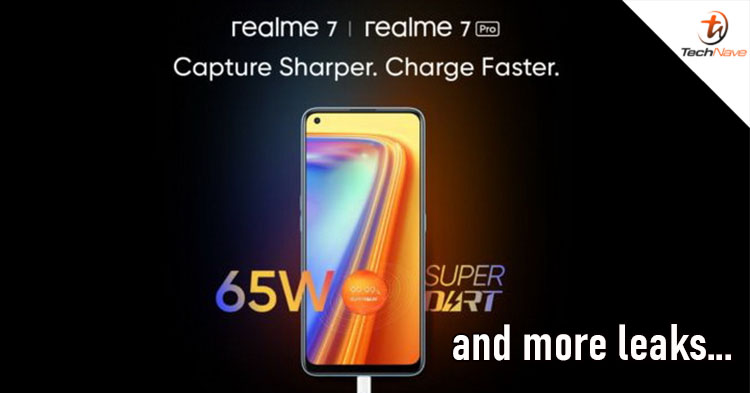 The realme 7 series (the realme 7 and realme 7 Pro) is going to launch on 3 September in India. As for now, the company didn’t reveal any tech specs details but there are new leaks about the realme 7 Pro. The leak is posted by Mukul Sharma on his Twitter account.

According to the leaker, the realme 7 Pro could have two colour variants which are Mirror Blue and Mirror Silver, weighing 182 grams, and a measure of 160.9 x 74.3 x 8.7mm. This device could sport a 6.4-inch AMOLED FHD+ 1080p display, if this is true then it could be a huge upgrade because the realme 6 Pro is using an IPS display. Besides that, the phone could feature a Snapdragon 720G chipset, up to 8GB of RAM, and 128GB of internal storage.

On the other hand, the realme 7 Pro is expected to come at an affordable price with the SuperDart fast charge technology, which is 65W for the 4500mAh battery. For your information, this phone will be launching in India but we think it could be launched in the Malaysian market soon as well. Would you get it if the realme 7 Pro is launched here? Let us know in the comments, be sure to stay tuned for more tech news on TechNave.com.