Current Location: Home > News > The realme C3 has been launched today with 5000mAh battery and it costs ~RM516 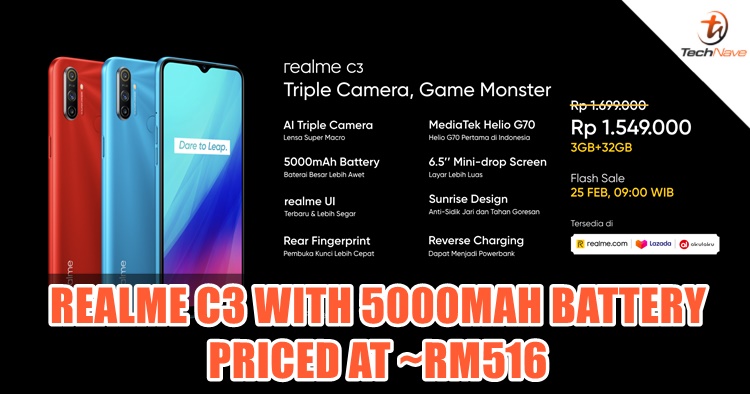 The rumour has been confirmed! Today, the realme C3 has finally launched in Indonesia and the device is indeed getting three camera sensors. Other than that, the device also packs a huge 5000mAh battery, and it is being sold at the price of 1699000 IRP (~RM516). Let’s find out about other awesome features from the realme's new device!

The realme C3 houses a 6.5-inch LCD display with a teardrop notch to locate a 5MP selfie camera. With the MediaTek Helio G70 chipset, the device supports up to 3GB of RAM and 32GB of storage. If you think the storage is not enough, there will also be a Micro SD card slot for you to add more space into it. 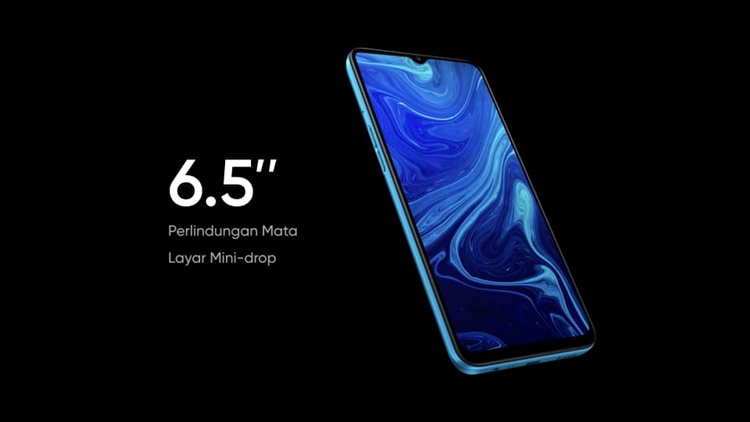 Furthermore, the device will be running on Android 10 and features AI Triple Camera setup including a 12MP main sensor that supports wide-angle, a 2MP portrait lens, and a 2MP macro lens. The realme C3 also supports 10W fast charging to get your 5000mAh battery ready in no time! 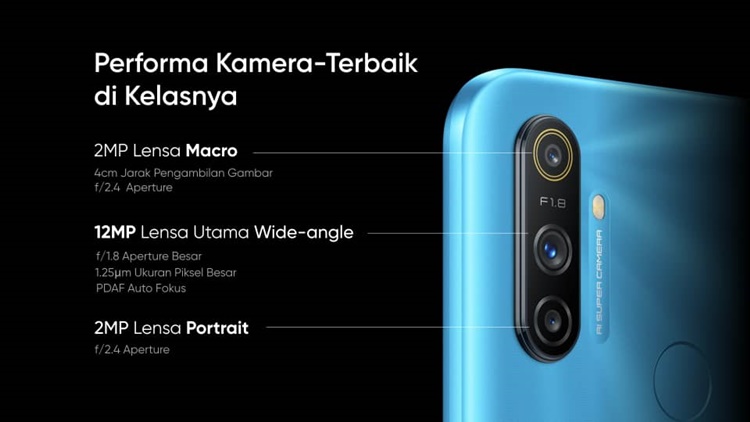 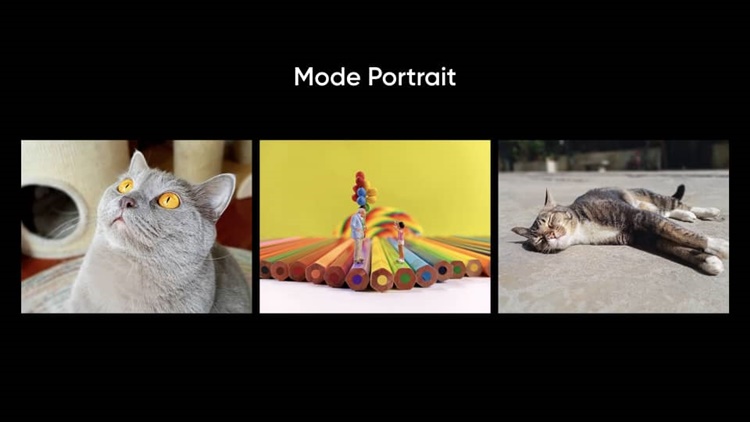 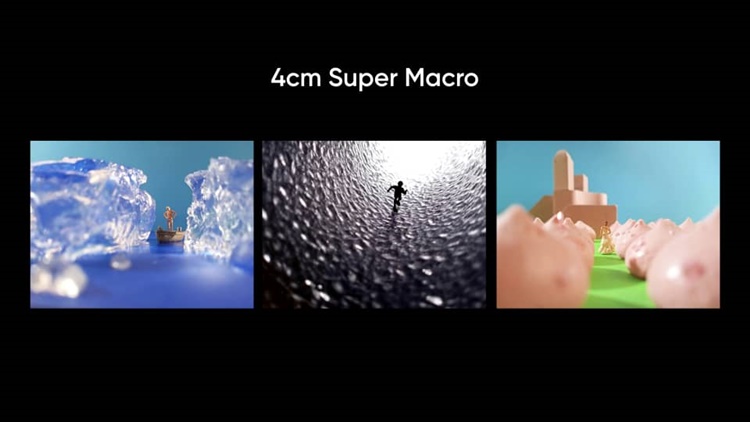 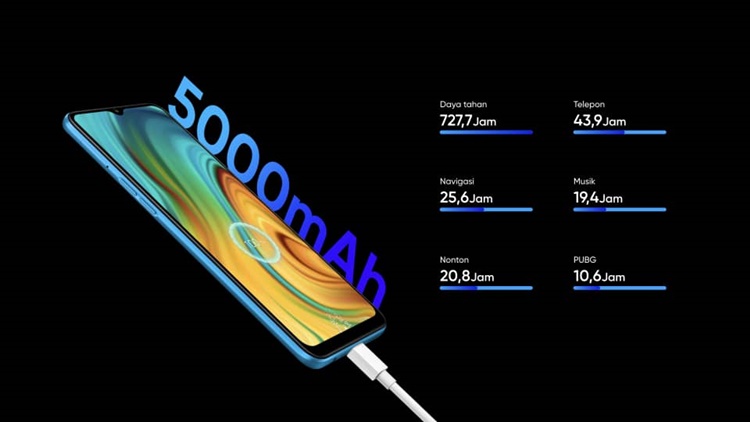 Let us know what you think about the new realme C3 on our Facebook page! Stay tuned to TechNave.com for more smartphone launches.