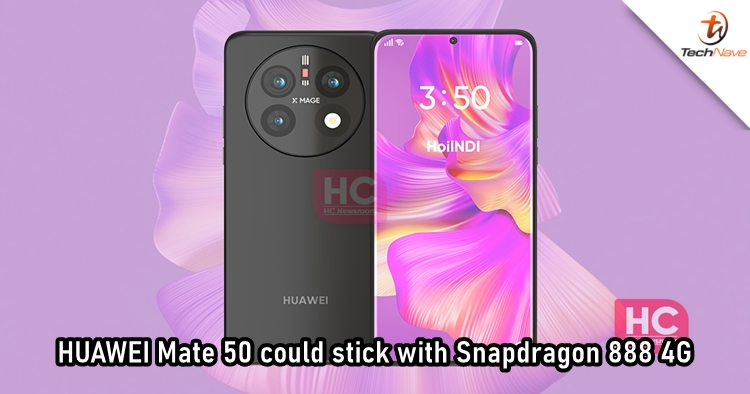 Rumours suggested that HUAWEI will stick to the older generation of Qualcomm Snapdragon chip for the upcoming Mate 50 series, as we all know why. Previously, it was reported that it would be a 4G variant of the Snapdragon 8 Gen 1, but it seems like it's going back further.

According to the new source, the HUAWEI Mate 50 series might end up packing the Snapdragon 888 4G chip, which the company has used several times. However, this information came from Techy Preacher, someone we haven't come across before for HUAWEI leaks. Therefore, it might not be accurate, so take it with a grain of salt.

Besides the chip, the same tipster has also given off some other tech specs. The HUAWEI Mate 50 could feature a 6.28-6.38-inch fullHD+ OLED display, with the panel provided by BOE. It should offer 2800 x 1225 resolution alongside a 120Hz refresh rate. Meanwhile, a triple camera setup is expected for the rear, led by a 50MP shooter. Other features include 8GB of RAM, 128/256GB of storage, HarmonyOS 3.0, and the recently announced XMAGE imaging system.

Although featuring an older Snapdragon chip, HUAWEI should still be able to cover it up with some impressive highlights for its flagship series. Therefore, let's wait and see how the company will surprise us, and stay tuned to TechNave.com for more smartphone news.