Current Location: Home > News > The upcoming HUAWEI Watch Fit might be launched in September and sold at ~RM588 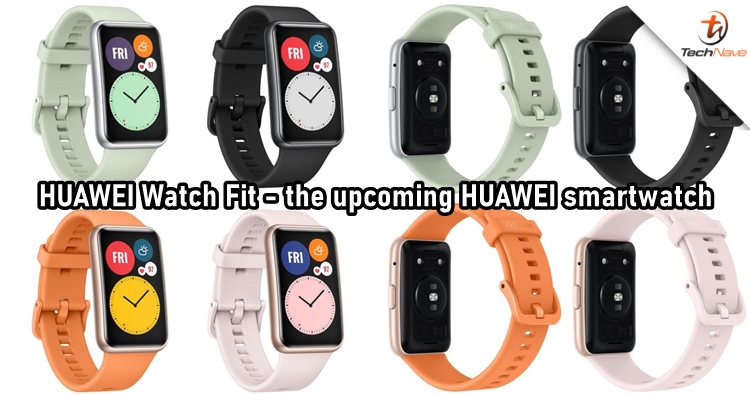 Last month, it was reported that HUAWEI is going to launch a smart band codenamed 'Fides' and a smartwatch codenamed 'Stia'. Other than that, it was also mentioned that the upcoming wearables might feature the HarmonyOS rather than Android OS. Today, the smartwatch has shown up online with a complete leak of tech specs, design, and price before its launch.

It appears that the upcoming smartwatch will be called HUAWEI Watch Fit. There will be a tall display that is measure 1.64-inch diagonally and it uses an AMOLED panel of 456x280-pixel resolution. Besides that, it also has ambient light sensors to control the screen brightness automatically. Performance-wise, it will have a battery that could last up to 10 days. It also has GPS, Accelerometer, Barometer, and water resistance up to 5 ATM. 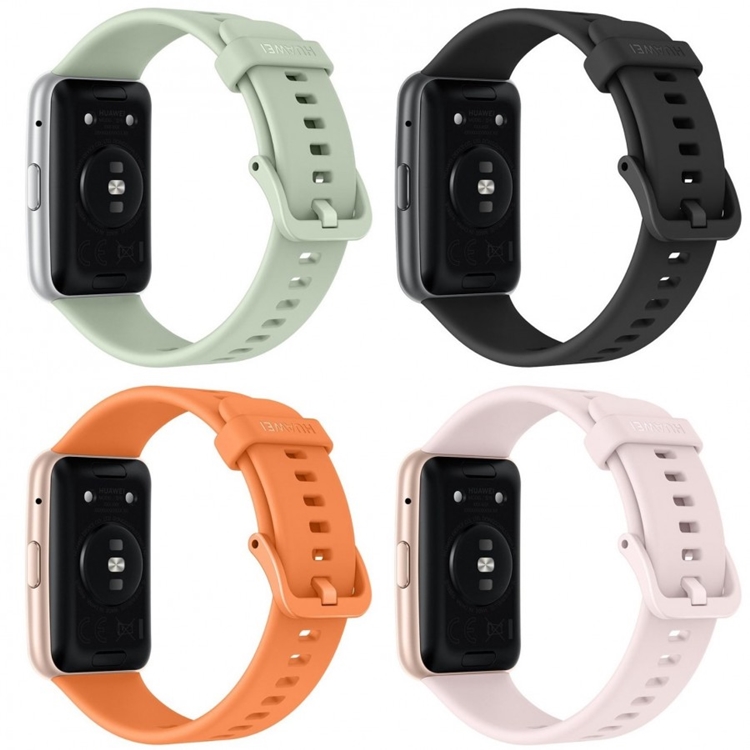 If you're wondering about the features, the HUAWEI Watch Fit comes with a heart rate sensor that allows sleep recording and activity tracking. According to the source, the smartwatch will be able to track walking, running, swimming as well as indoor and outdoor cycling. It also allows users to have stress tests and breathing exercises. The HUAWEI Watch Fit will be compatible with Android 5.0+ and iOS 9.0+ devices.

For the design, the smartwatch has a pill-shaped physical button on the right side for navigation, with a hole on top which might be for the microphone. Other than that, it is unsure if more options for the colours or materials of the straps will be available, as there are only four colours of straps being shown in the image. It is said that the HUAWEI Watch Fit will be launched in September with a 119 Euro (~RM588) price tag.

Let us know what you think about the HUAWEI Watch Fit. Stay tuned to TechNave.com for more exciting tech leaks.