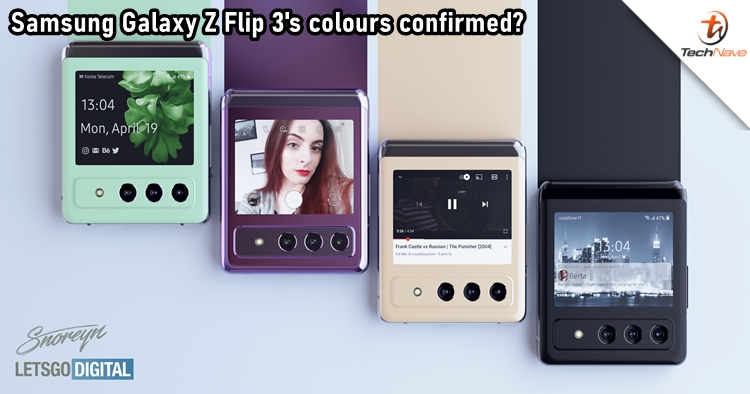 As the Samsung Galaxy Z Flip 3 is probably going to be launched in August 2021, rumours of the device have been surfacing quite often lately. With that said, a new one has arrived saying that the clamshell-style folding phone will be as colourful as the Galaxy S20 FE.

According to trustable tipster Ice Universe, the upcoming Z Flip 3 will bring four colour options including Light Violet, Green, Beige, and Black. Previously, the first-generation Galaxy Z Flip only came in three colours which are Black, Purple, and Gold. The tipster also left a "100%" at the end of the tweet to tell us that it is confirmed.

It looks like Samsung is doing a little experiment here by offering more "playful" colour options in the premium smartphone segment besides the more affordable phones like the FE series. Other than this one, the Z Flip 3 is said to feature a smaller frame and thinner bezels. There might also be a smaller secondary display and support for S Pen.

Let us know if you're excited about seeing the Galaxy Z Flip 3 on our Facebook page. Stay tuned to TechNave.com for more smartphone rumours.