Current Location: Home > News > Up to 5 Snapdragon 875 flagship series will launch within Q1 2021 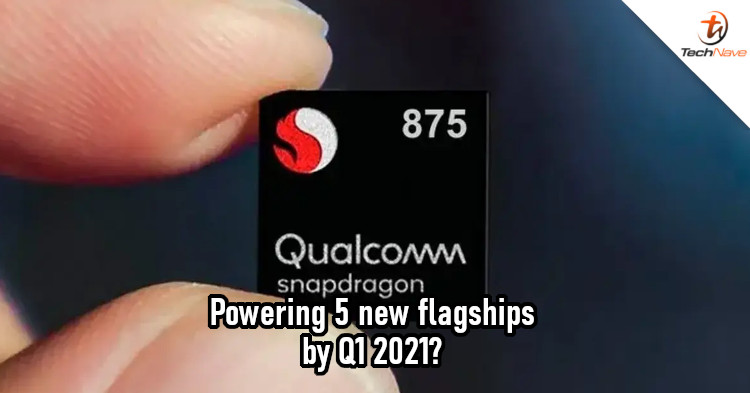 With the new flagship chipset from Qualcomm coming, it's not surprising for Snapdragon 875-powered to be on the way soon. In fact, a leak suggests that there will be as many as five smartphone series with the chipset by Q1 2021.

The rumour comes from well-known Chinese leaksters Digital Chat Station, who has been pretty accurate with his leaks. Samsung's Galaxy S21 series will be one of them, which has been appearing in news quite often lately. Another series that has more or less been confirmed is the Xiaomi Mi 11 series. As for the others,  we've seen rumours of the OnePlus 9 recently, so it could launch in Q1 2021 too.

Besides delivering faster performance, the Snapdragon 875 chipset will also support Quick Charge 5, which means 100W of fast-charging. However, we're not sure how many of these devices will actually have 100W fast-charging. Allegedly, Samsung will be sticking to 45W fast-charging. The Xiaomi Mi 11 series could support 100W though, considering its experience with the technology.

With that said, what other feature do you think upcoming flagship smartphones should have? Let us know in the comments below and stay tuned to TechNave.com for more news like this.