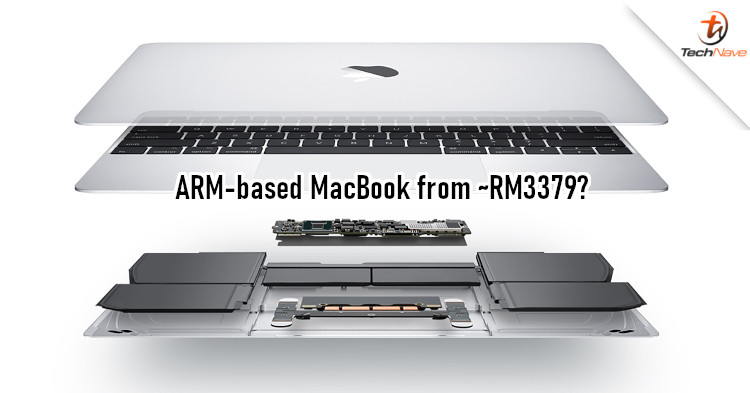 Now that Apple is making the transition from Intel chips to ARM chips for its MacBooks, many have been eager to see what kind of differences this change could entail. And from what the latest rumour suggests, the change is going to be a huge one. Sources have reported that that the 12-inch MacBook is making a comeback and it's going to have a sweet retail price.

According to Wccftech (via Komiya), Apple's upcoming 12-inch ARM-based MacBook will have a retail price of at least USD 799 (~RM3379). This is probably for the base configuration of the laptop, with the price increasing as you add more RAM or storage. On the topic of the tech specs, this laptop is expected to feature the A14X Bionic chipset, up to 16GB of RAM, and up to 1TB of SSD storage. In comparison, the based configuration of the current 3-year-old 12-inch MacBook is priced at RM4499.

Besides that, the original leak from Komiya also mentioned some features of this would-be MacBook. The device is supposed to have a 720p FaceTime HD Camera, a single USB Type-C port, and the 4th gen butterfly keyboard. Also, he claimed that the laptop could have a battery life of around 15 to 20 hours, which is impressive.

Choosing to go with the butterfly keyboard is a bad idea, but the suggested pricing of this MacBook would make it an incredibly affordable one. Of course, that's assuming that these rumours are accurate. What are your thoughts on this though? Let us know in the comments below and stay tuned to TechNave.com for more updates on this.