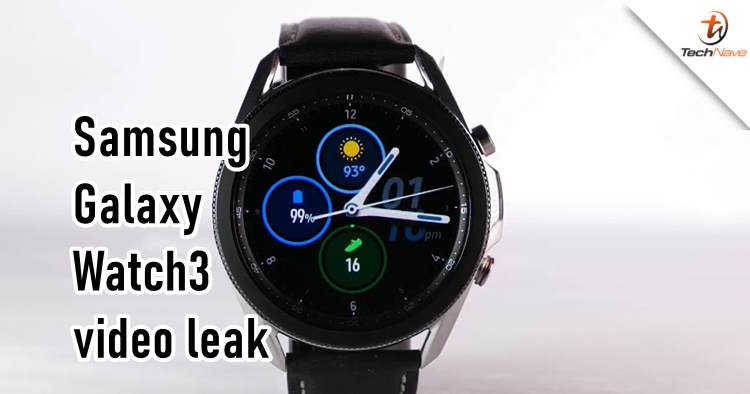 If you have been following @evleaks, you would have noticed that he has been posting most of his leaks on Patreon. Well, his latest Patreon post includes a few Samsung Galaxy Watch3 highlight snippets and we have to say, the design isn't very drastic from the predecessor. However, there are a few new features so here's what we know so far.

According to his Twitter posts, the Galaxy Watch3 could be featuring the returning voicemail support and battery power saver. As the short videos are in collaboration with AT&T, a telco from the US, this could mean that our local telcos would have to work with Samsung to integrate voicemail support. If you recall, the voicemail existed from the Gear S3 Frontier and Classic variant but it wasn't a perfect feature back then so hopefully, the feature is improved on the upcoming Galaxy Watch3. As for the battery power saver, this one is pretty straight forward as the feature helps the Galaxy Watch3 to preserve power up to 6 days and 25 minutes. On top of that, there are also other functions mentioned on @evleaks Twitter posts. These include how to reset the watch, customizing the home screen, and detaching the wrist band. Pretty basic stuff.

The Galaxy Watch3 will be unveiled alongside the Galaxy Note20 series tomorrow (5 August 2020) at 10PM, Malaysia time on Samsung Malaysia's official website here. You can get yourself registered here to get the latest announcement here first-hand or just wait for our official news coverage at TechNave.com. Stay tuned!