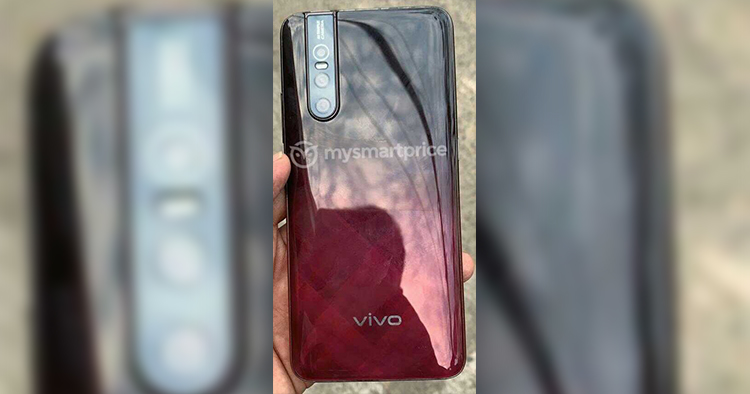 Ahead of its launch on the 20th of February in New Delhi, India, the vivo V15 Pro has been leaked again. An Indian publication shared a leaked hands-on video which lasts a mere 3 seconds, revealing the back of the device.

The vivo V15 Pro may come in a glass body with a gradient colour, starting with black on the top to a dark, blood red at the bottom which is patterned. On the top left, a triple camera setup can be seen, positioned vertically.

Besides that, the publication also revealed images of a poster, showing that the Chinese manufacturer may also be revealing the vivo V15 on the same day as the V15 Pro. So far, no tech specs and features of both phones have been revealed. Our guess, besides the obvious difference in RAM and internal storage, the phones may differ in camera sensors as well but we shall see. 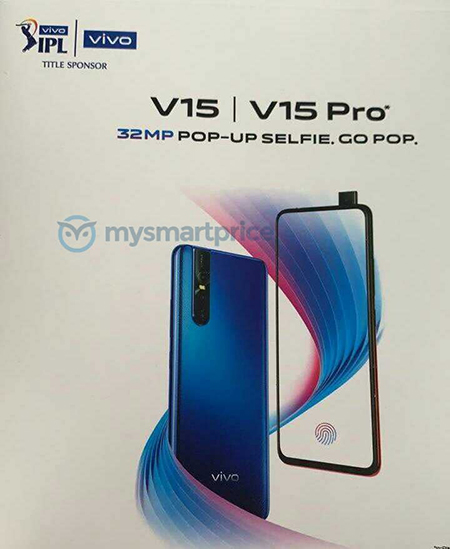 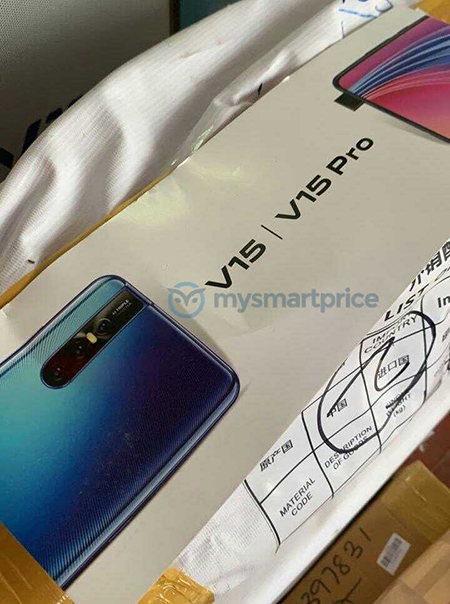 We expect the device to feature a 32MP selfie camera housed in the pop up mechanism. Other than that, it may be powered by the Qualcomm Snapdragon 675, 6GB RAM, 128GB storage and high screen to body ratio Super AMOLED display. A UD fingerprint scanned is almost a given, seeing the leaks, and the rear camera may come with 48MP, 8MP and 5MP sensors.

Pre-orders for the smartphone are expected to begin ahead of its launch on the 15th of February. Honestly, despite assurances in their teaser videos that the smartphone will be sturdy, I still have reservations about moving parts in smartphones. What do you think? To be the first to know about the vivo V15 Pro when it is revealed, TechNave.com is where you should be checking out!