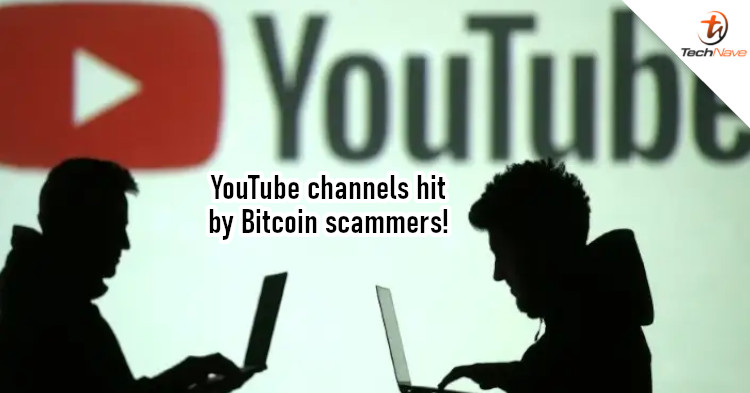 Thought the Bitcoin hack case on Twitter was shocking enough? Well, YouTube has been hit by a new series of Bitcoin scams targeting the accounts of high-profile YouTubers. In this new wave, hackers change the channel names of hacked YouTube account and live-stream trending topics to spread their Bitcoin scam.

According to Business Insider, hackers have been taking over YouTube accounts via phishing emails. Using these compromised YouTube channels, the hackers then hold streams of a trending topic and include links to the Bitcoin scam. Like the Twitter Bitcoin scam from before, the scams promise to return double the amount of donated Bitcoins to trick people to fall for the scam. 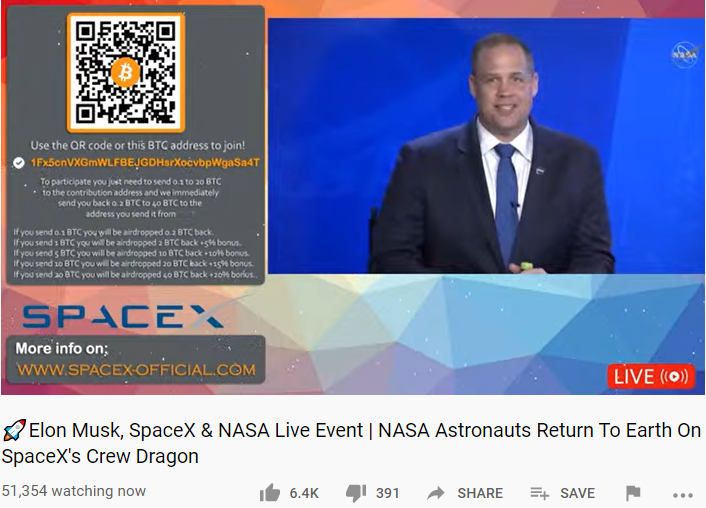 Hackers have made $4,000 in Bitcoin so far. @TeamYouTube tells me I need to fill out a form and wait “a few weeks”.

Even well-known tech YouTubers like Jon Prosser have been affected by the hack. Earlier today, Prosser reported that his YouTube has been hacked and was used to run a live-stream about the SpaceX Dragon spacecraft's return to Earth. He claimed that the hackers have made at least USD4000 in Bitcoin, just from using his channel. You can imagine how much these hackers have accumulated so far if this hack is as extensive as the Twitter one.

Since this is such a big issue, we can probably expect a solution from YouTube soon enough. With that said, do you know of any other YouTube channels that have been affected? Discuss what you know about the issue on our Facebook page and stay tuned to TechNave.com for updates on this!