Current Location: Home > Reviews > Why video recording with 4K resolution is not that useful on your phone 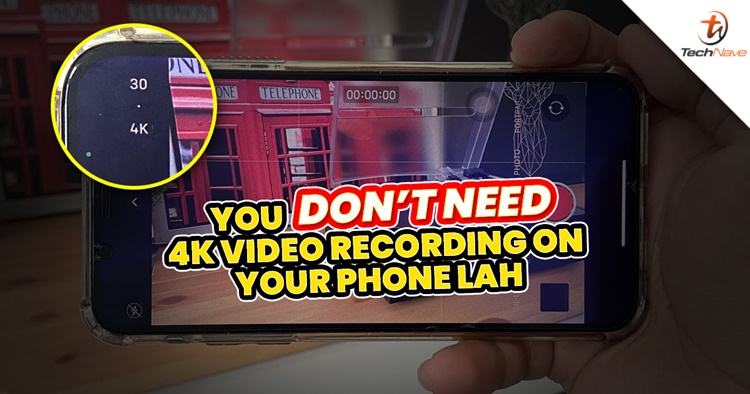 With a barrage of phones releasing this year amidst the pandemic, we are starting to see a trend of smartphone brands integrating 4K resolution (3840 × 2160 pixels) video recording on entry-level and mid-range phones. A special feature that used to be exclusive to flagships, you can now see 4K video recording on devices like the Redmi Note 9S, realme 6, and the Samsung Galaxy M31. Having this feature on a budget device is pretty cool, but this begs the question - do you actually use it?

4K recording is a useful feature for professional videographers or vloggers for their projects, but let's be honest - most casual users aren't going to jump over the moon for this. In fact, 1080p resolution (1920 x 1080 pixels) is more than enough for the majority. Allow us to tell you why video recording with 4K resolution is not that useful on your phone.

1 – Higher resolution does not mean it's more beautiful The difference between a 108MP (left) and 12MP (right) image, you can decide for yourself

To a casual user, it's easy to assume 4K footages are better and more beautiful than 1080p ones. However this is not the case, a higher resolution only means more pixels count in the video (duh) and its quality depends on the camera sensors used on the phone.

Phones typically use either a Sony IMX or other branded sensors and each has its own grade. So if you're using a low-grade sensor to record a 4K video, it's likely that the video won't look as good and the same applies for 1080p video mode. If your phone is either an entry-level or mid-range, don't expect amazing 4K video footages.

As we've mentioned, 4K has a higher pixel count than 1080p, which also means it will take up much space in your smartphone. If your phone supports a microSD card, that's great! But nowadays, new models are slowing leaving out that option so good luck with that. 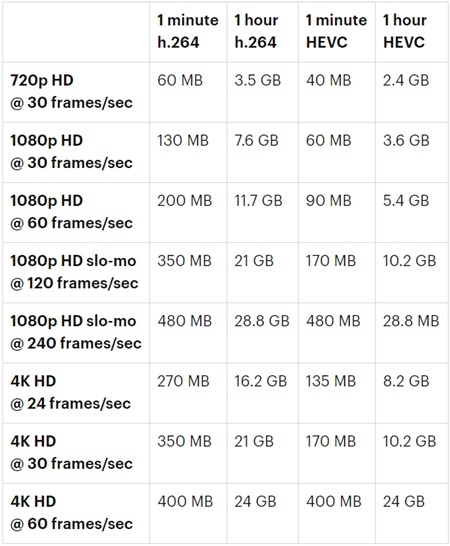 To give you a better understanding, you can refer to the table above. What you're seeing is a comparison from Apple on how much space videos would take. Most affordable phones that have 4K video recording set the limit at 30FPS, so if you have video footages totalling up to 1-hour in your phone, that's already taking up 10.2GB (more or less). Not to mention that pre-installed apps already take around 10% of storage space on your phone. Also, don't forget those budget devices tend to skip high-grade camera sensors.

Another factor to consider is that many budget devices have display panels that are IPS-grade at best. If you play a 4K video on an IPS display that supports 1080p only, your 4K video will get scaled-down to...1080p. To give you another example, if your laptop screen does not support 4K, 4K videos aren't going to show their true colours for you. 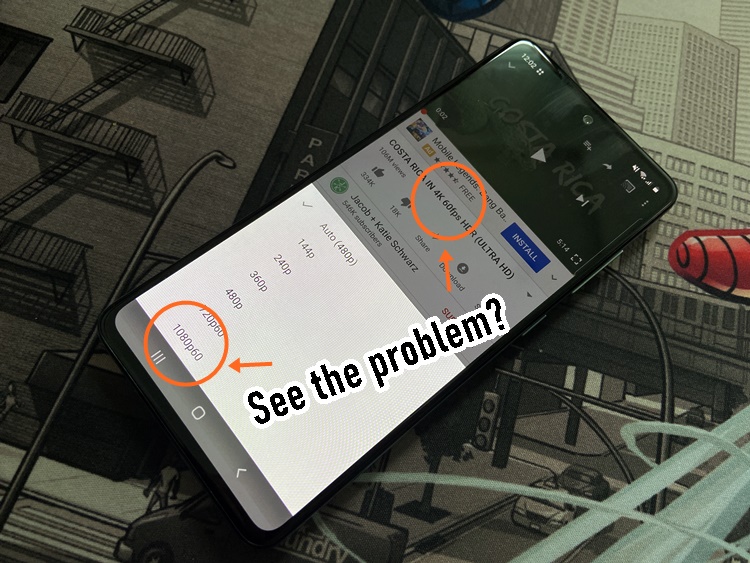 Going off topic a bit, this applies to TVs as well. I'm sure most of you have seen 4K televisions around in malls but if you think about it, most households don't own a 4K TV yet as it is still relatively young in the industry (the first 4K TV debuted in 2013). Also, most videos, TV shows, and movies look a bit weird in 4K resolution if you know what I mean.

We already mention that a 4K video takes up a lot of space and pixels. So let's say that you have successfully recorded one and you want to edit it into a short clip, but is your phone capable of doing so? 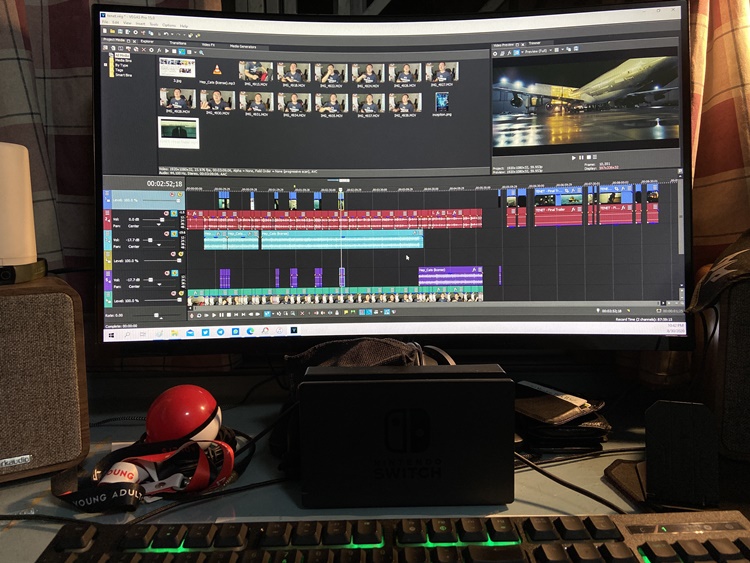 Editing on a PC is much easier, honestly

If you want to edit 4K videos, make sure you have a smartphone or computer capable of handling those high-quality media files. This is because 4K video edits are resource-intensive and may give your phone's chipset a sucker-punch. It goes without saying - if your gadget doesn't have high specifications, you are very likely to experience lag while editing and video rendering may not complete due to the lack of hardware capability. Trust me, I've tried.

5 – You need skills to produce beautiful 4K videos, not the phone

On paper, 4K video footages are a nice thing to have thanks to the high amount of pixels. But it's also very useful for professional videographers and video editors because it gives them more flexibility in post-production. For example, they can crop the video without losing too much quality, stabilise the video if needed, add more colour grading details, and more.

While professional videographers always record videos in 4K resolution, some videographers still export their final video clip in 1080p after it is edited thoroughly. Wait, so what's the point of having 4K video mode then? Well, the purpose of 4K recording is more about giving flexibility in the editing process. 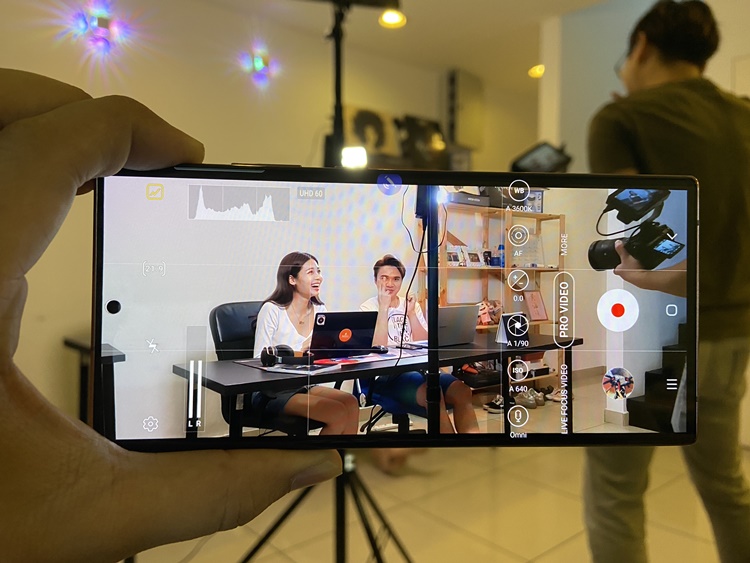 On the other hand, casual users normally record videos for fun and to post on their social media accounts. 4K video recordings may not be all that beneficial for this kind of activity and 1080p video mode does the job well enough. Also, let's not forget that most casual social media platforms such as Facebook, Instagram, TikTok, Snapchat, and other similar apps do downscale the resolution below 2K (2560 x 1440 pixels). Moreover, WhatsApp and other social chat apps have placed a limit on video sizes.

So, these are the 5 reasons why we recommend recording a video with 1080p instead of 4K on your phone. Of course, the technology advancement on phones is exponentially faster so we think the issues above can be resolved after another two or three years. But for now, 1080p resolution benefits casual users more than 4K.

If you're a serious videographer or editor, we aren't going to stop you. But what do you think? Do you agree with us? Let us know in the comments below and stay tuned for more tech articles like this at TechNave.com.