Current Location: Home > News > Xiaomi 13 Pro spotted on SIRIM database, Malaysia may be earliest to get the device outside of China


Xiaomi 13 Pro spotted on SIRIM database, Malaysia may be earliest to get the device outside of China 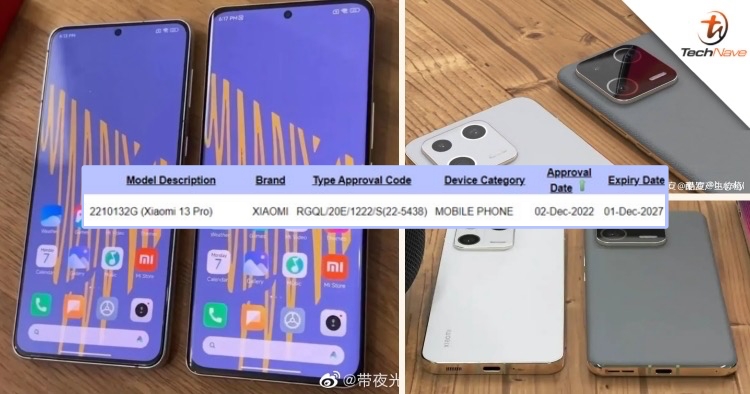 The Xiaomi 13 series was originally set for release in China last Thursday (1 December) but it was since postponed to an unspecified date. While we wait for the new launch date, it looks like we might have gotten more information for the series’ global release, with Malaysia possibly being one of the first countries outside of China to get the device.

This is after the Xiaomi 13 Pro was spotted on our very own SIRIM database, getting the required certification for its release in Malaysia. Shared by reliable tipster Mukul Sharma on Twitter, the SIRIM certification showed that the device has the model number 2210132G in our country.

Moreover, the listing also revealed that Xiaomi Malaysia received approval for the smartphone last Saturday (2 December 2022), with the listing expiring in December 2027. Given that the Xiaomi 13 Pro is now listed on the SIRIM database, it is pretty much confirmed that the device would be coming to the Malaysian market.

Furthermore, its approval from SIRIM also alludes to the smartphone’s imminent release in our country. Based on official information from Xiaomi, the Xiaomi 13 series will feature Qualcomm Snapdragon 8 Gen 2 SoC, LPDDR5X RAM, UFS 4.0 storage, an OLED panel as well as IP68 water and dust resistance. So, what do you guys think of the upcoming Xiaomi flagship? Share your thoughts with us in the comments below and stay tuned to TechNave for more trending tech news such as this.