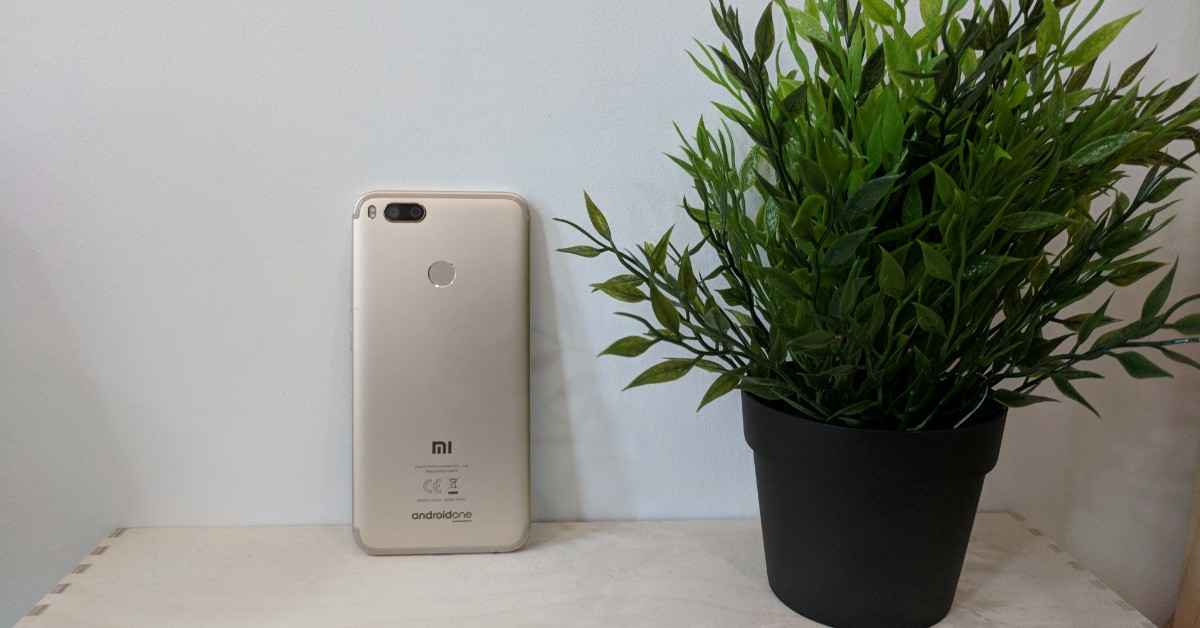 If you've been watching the smartphone news, you would be aware that a lot of smartphone brands are fighting the price wars for their mid-range devices, ranging from the popular price point of RM1299 and above. Then along came Xiaomi, slamming in everyone's faces with an affordable RM1099 Mi A1 smartphone, but it's not just any Xiaomi smartphone, it comes with Google Stock Android system (first time ever for the company). But does it mean that it's a good product? Check out what we have to say about the Mi A1. 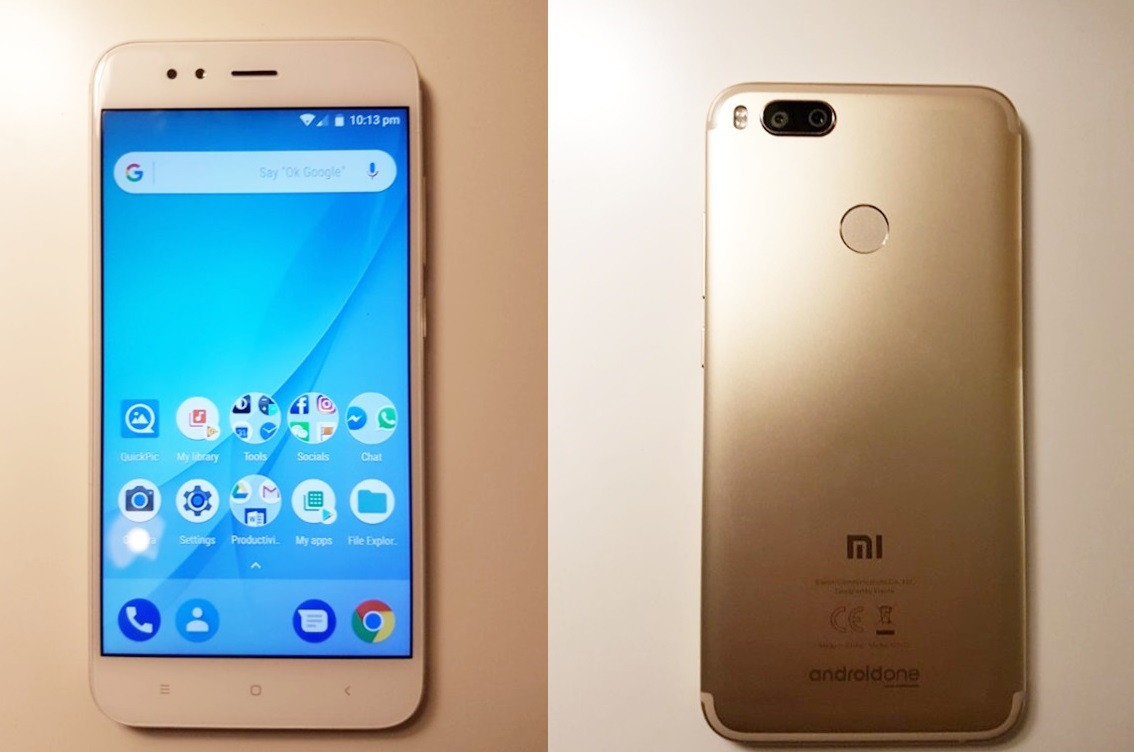 So let's start with the design, the Mi A1 has nothing too special going on on the surface or sides, but that the overall look at the back looks very similar to the iPhone 7 Plus, that nice curve on the four edges, a spacious top and bottom on the front, the antenna design, the dual rear camera bumper minus the rear fingerprint sensor. Of course, being a pure stock Android phone, it has the "Android One" brand shown at the bottom. Although the display size is measured 5.5-inch, it doesn't feel very large when holding it nor even heavy at all (169g only). Also, it's worth mentioning that the display uses a 2.5D glass design so that's one thing that makes it stand out a bit. (L-R) USB Type-C (nice!), headphone jack, and speaker grill, there's an infrared sensor at the top which is used for the Mi Remote 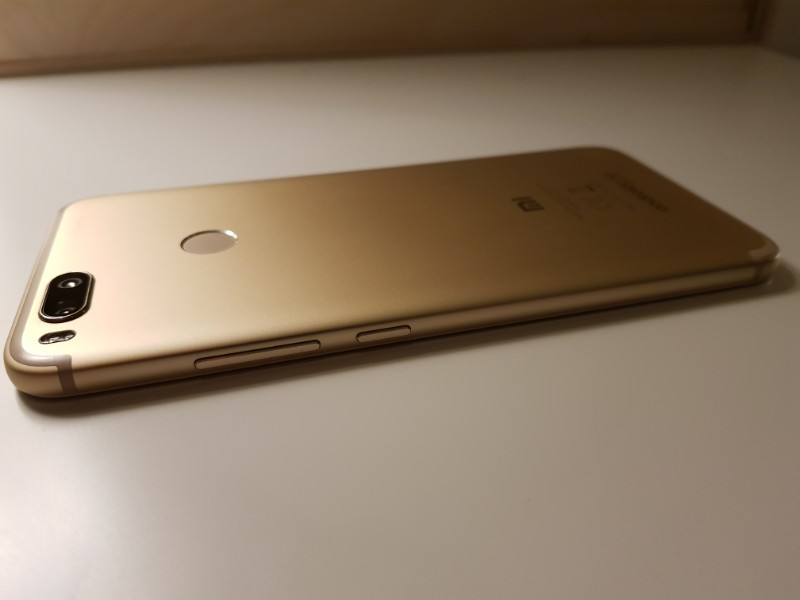 Volume rockers and power button, dual SIM tray on the other side
(also you have to admit, the design still looks nice)

Here are the specifications for the Xiaomi Mi A1: 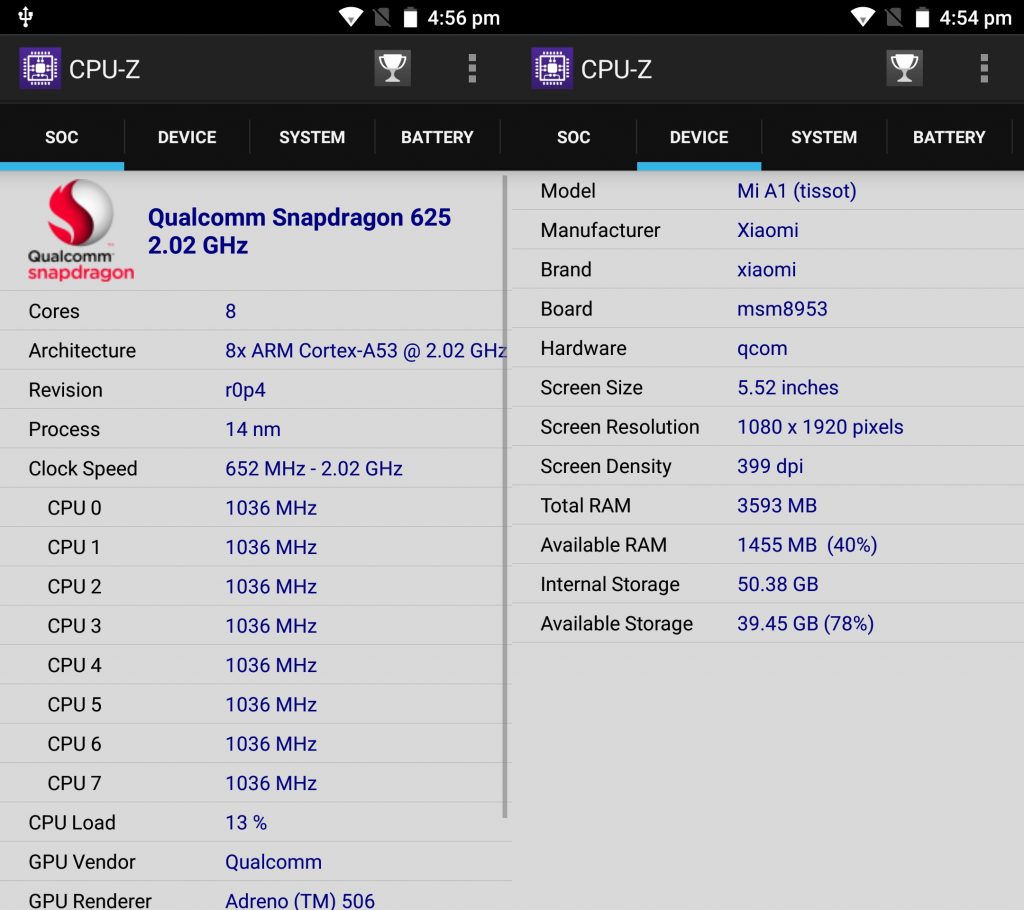 So you have your standard (and favourite) Snapdragon 625 chipset, alongside with the 4GB + 64GB memory capacity, but we are here to check out the Google Stock Android. How's the user interface? Pretty great, even after almost three months of usage since its first debut, there are no signs of "lag" so there's nothing much to nitpick on. However, do keep in mind that even though the OS will eventually be updated to Android 8.0 Oreo, it must be optimized by Xiaomi first before getting a full update. 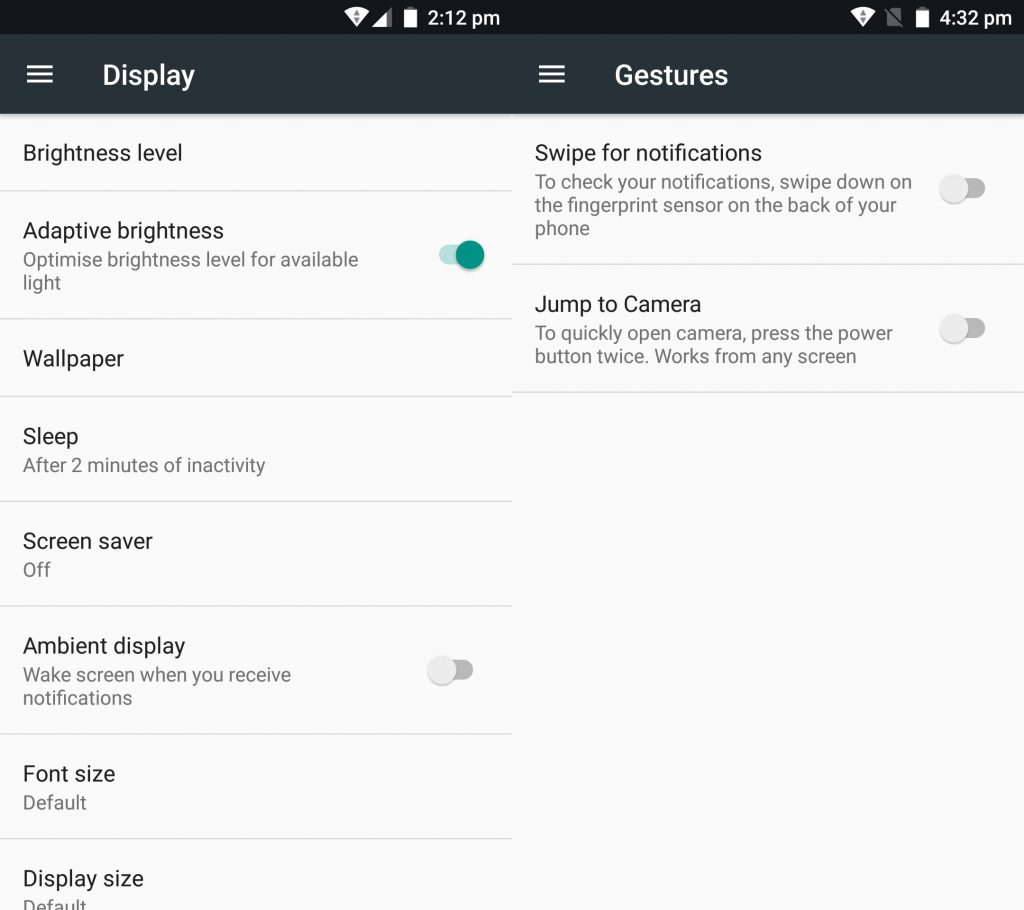 Also, for some reason, there's no Night Mode in the settings. Hmm. 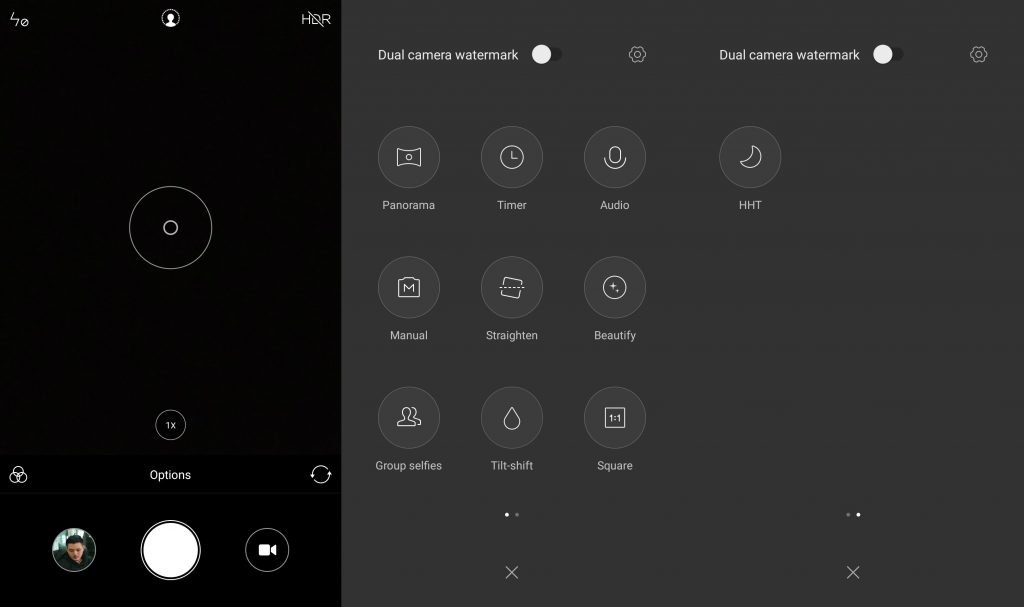 Aside from that, the Mi A1 is using Xiaomi's own Mi camera (not Google camera) and it has a dual rear 12MP + 12MP camera setup. Similar to the OnePlus 5, Apple iPhone 7 Plus, 8 Plus and X series, the secondary camera functions as a telephoto sensor while the main one focuses on wide-angle. On the other hand, the front camera is just 5MP, but it's accompanied by its Beauty Mode and even has a gender age recognition feature (interesting lol).

Performance - Great, but the overall camera performance though...

Moving on to the performance section, you can bet on the Snapdragon 625 delivering satisfactory performance even for gaming such as playing Asphalt 8: Airborne, even at its highest visual quality configuration, it still can play smoothly and did not heat up from the battery compartment thanks to the 14nm FinFET technology, a reminiscence of the Redmi Note 4 which we reviewed earlier this year. So with this, the Mi A1 can actually be used for gaming nicely and you can actually consider it as an affordable gaming device.

With a 3080mAh battery at its disposal, it can go on for 14-16 hours of average usage, or 10-12 hours with heavy gaming and taking photos. Charging up is not fast, though, even though it has Fast Charging labelled by Xiaomi, it's not Qualcomm QuickCharge version so it will take some time to charge the phone up fully. 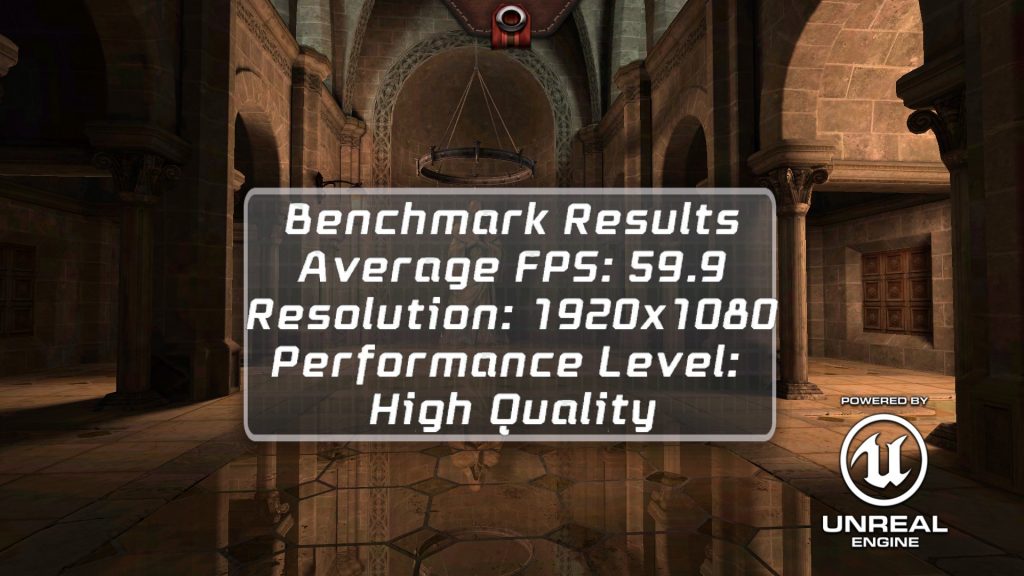 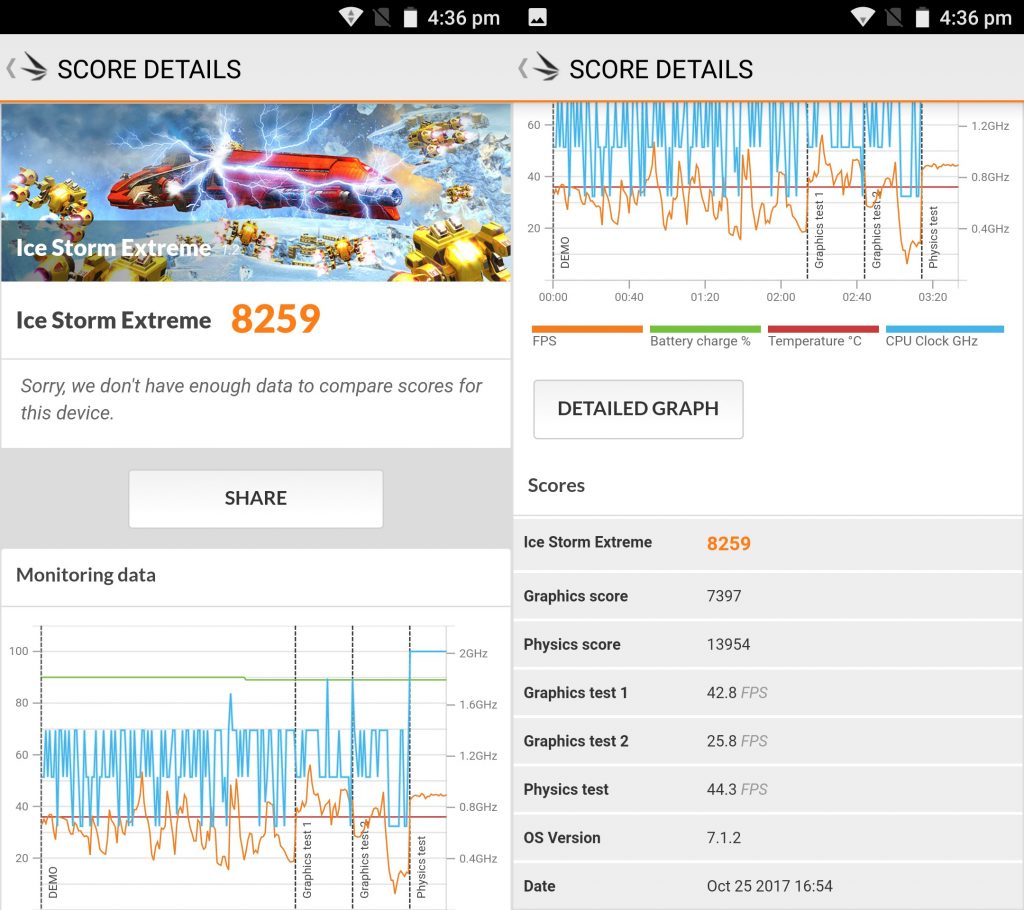 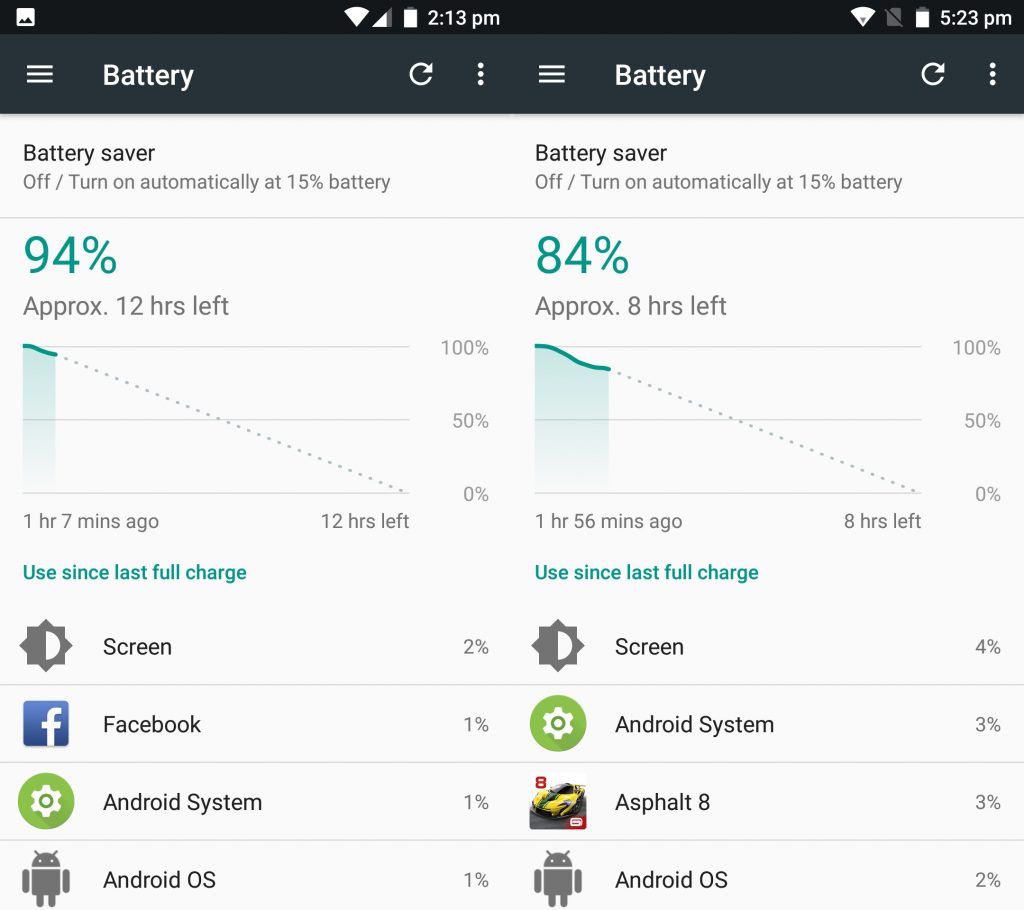 What about the camera? Well...to our surprise, the camera didn't really perform as well as we expected. Not to say that everything about the camera is not good, but its lighting adjustment is not one of Mi A1's good points and also there's a lack of Optical Image Stabilization, Night Shot Mode is almost practically useless, but at least its bokeh mode is great. See the photo images below for yourself. 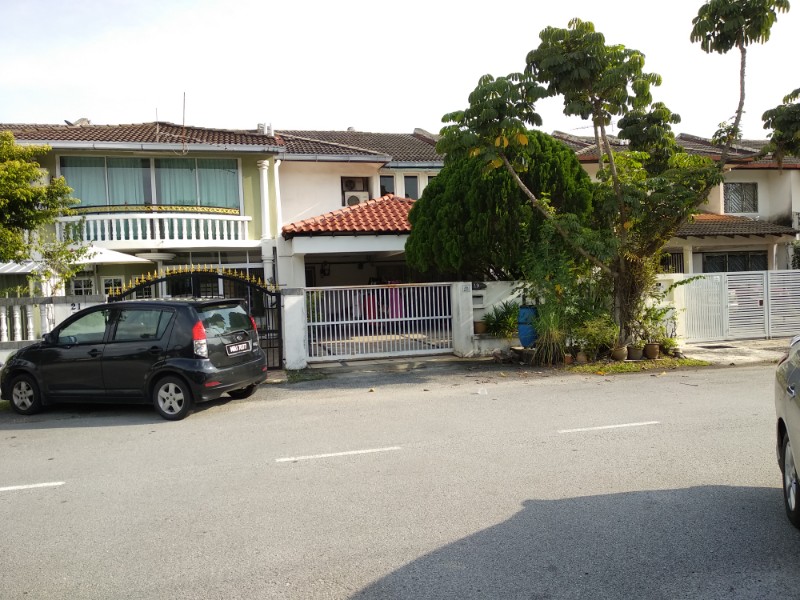 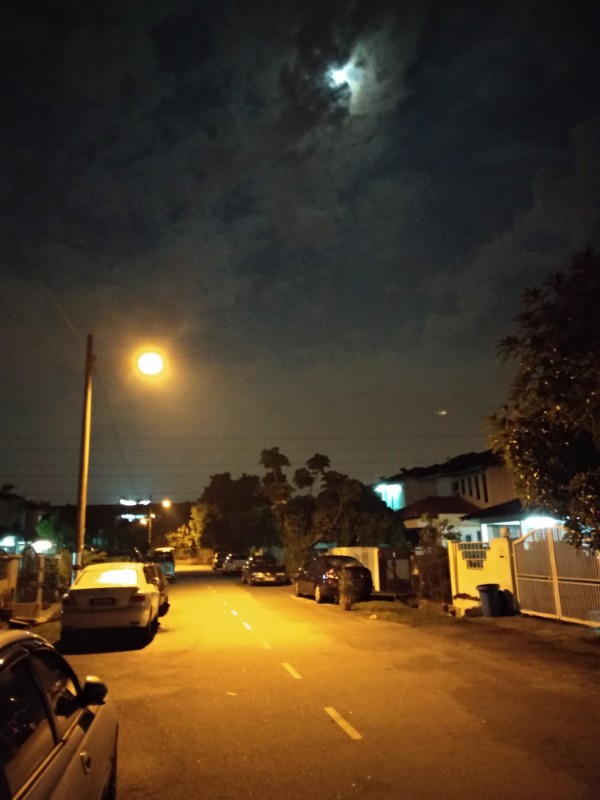 Night shot is bad, though. Even with sufficient lighting, there's still plenty of noise 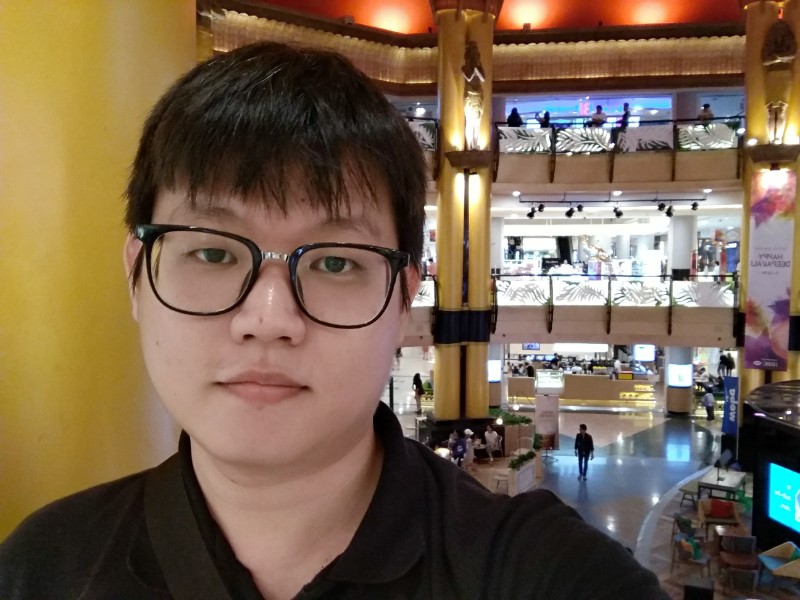 Selfie is okay, but contrast is not very strong even though it has beauty mode (or could be just my own face problem lol) 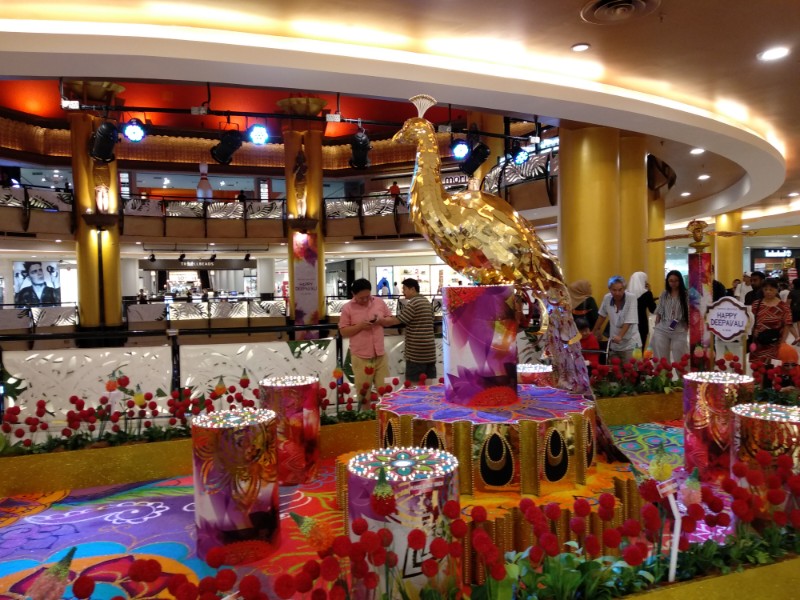 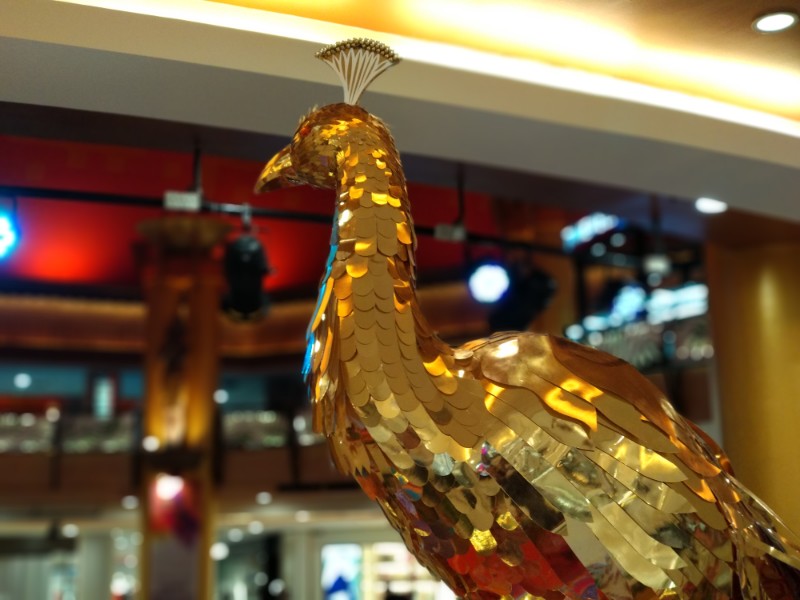 Bokeh shot no.1, now this is where the Mi A1 truly shines 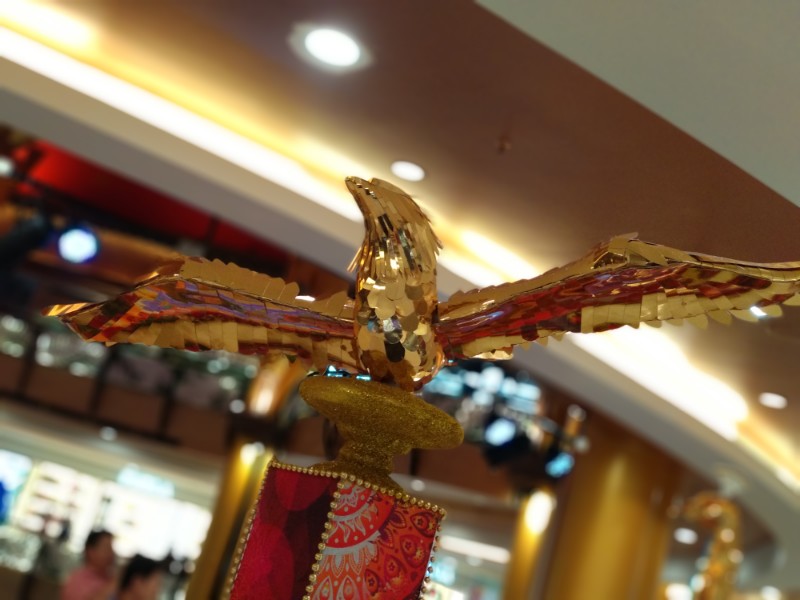 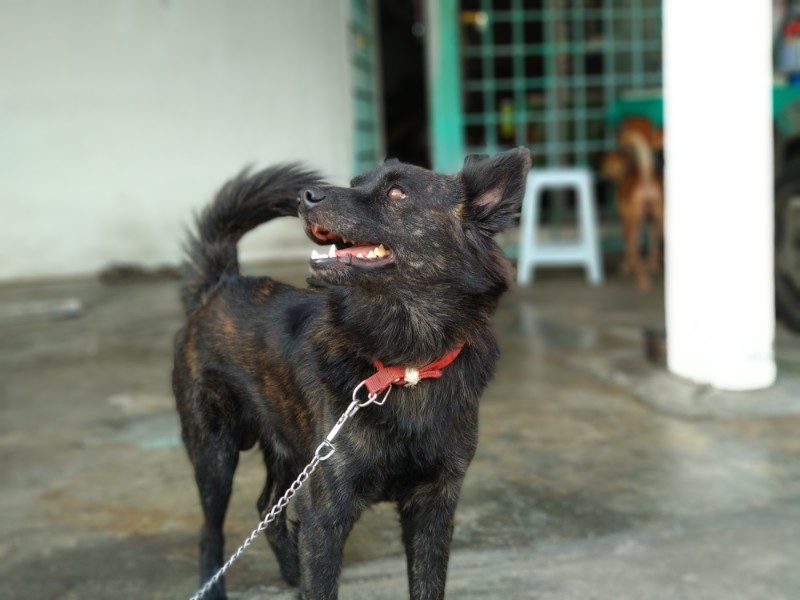 Who's the good boy? 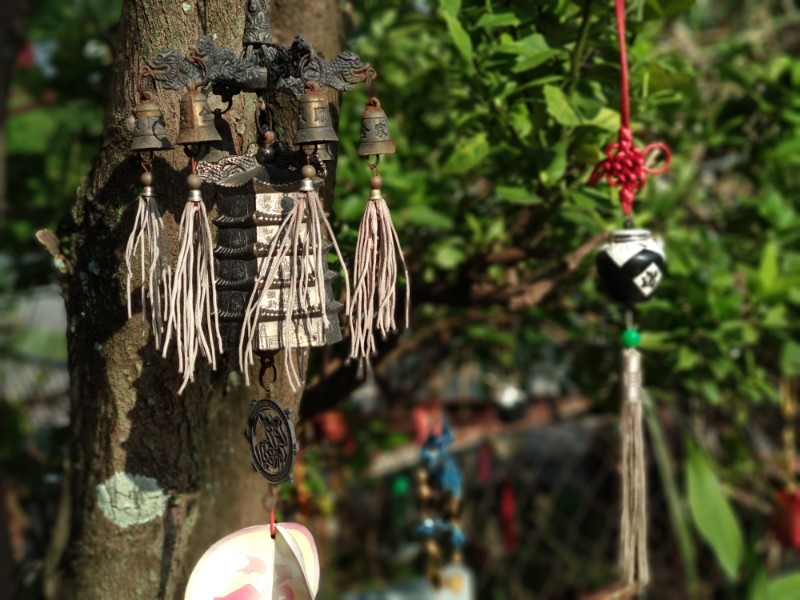 Another +1 for this shot 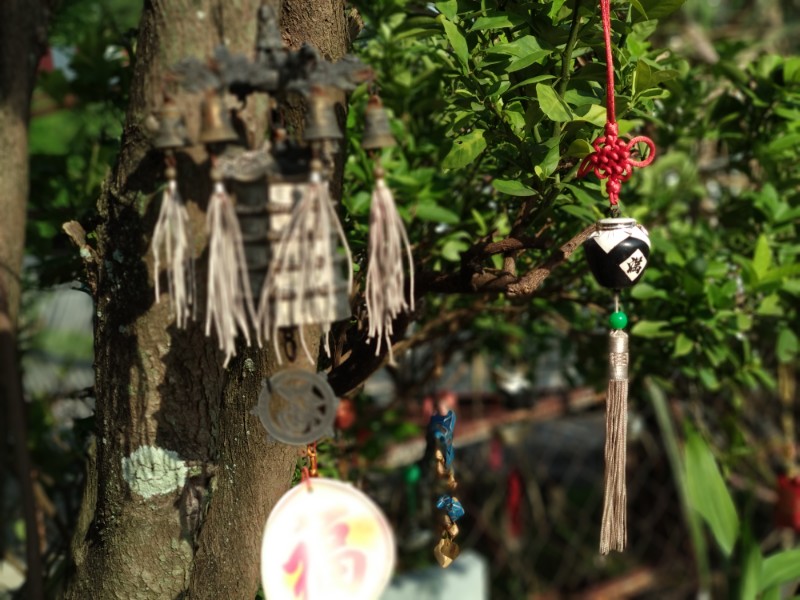 By the way, you can adjust the bokeh after taking the shot in editing

There's no denying that the Mi A1 is a really affordable smartphone at RM1099, by that factor alone it can easily beat out several mid-range smartphones that are priced higher, so it's definitely a value for money device considering that it has pure stock Android, good battery life and surprisingly good gaming performance. However, the camera's overall performance is a bit underwhelming, but the bokeh effect is still good.

At this point, you might be thinking if there's any smartphone that can beat its price or not. Well surprise surprise, it was only recently that the OPPO F5 Youth and the Motorola G5S Plus were announced not too long ago with the official price tag of RM1098 and RM999! Whether or not if these two devices are better than the Mi A1 remains subjective, because the former is made for selfie lovers and we haven't reviewed the Moto G5S Plus (which also comes in pure stock Android too) yet. The RM899 priced ASUS ZenFone Max Plus also offers a fullview display but again is a device we haven't reviewed yet.

So are you still getting the Xiaomi Mi A1? How many of your friends got the device already? Thanks for reading and stay tuned for more future reviews at TechNave.com.