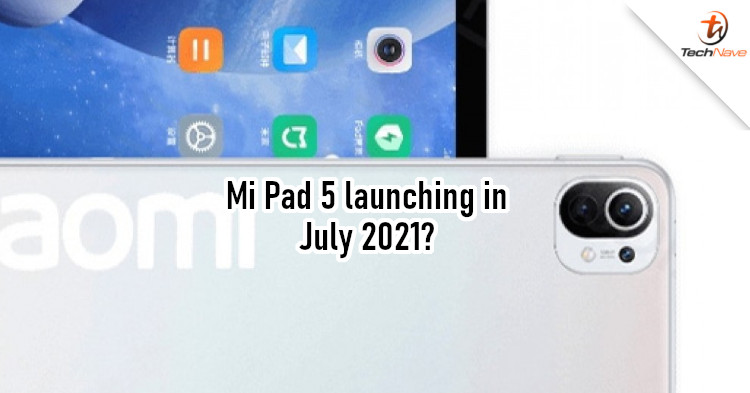 For 2021, Xiaomi's Mi 11 series have proven to be some of the most impressive smartphones so far. The company will want its high-end Mi Pad 5 to see the same success too. Now, it's suggested that the launch could be as early as July 2021.

According to Gizchina, Redmi's Thomas Wang has hinted that a new tablet would be launched in 2H 2021. His statement was a reply to a user who asked if Xiaomi had any new large-screen tablets. It's believed that this new tablet will be the Mi Pad 5, which is expected to be a high-end model featuring a Snapdragon 870 chipset, up to 16GB of RAM, and 1TB of internal storage.

Besides the key hardware, this tablet should also come with an 11-inch 2K display that will support a refresh rate of 144Hz. It's also expected to have a dual-camera setup (20MP+13MP) and an 8250mAh battery. As for the software features, sources claim that it will have a PC mode, parallel Windows mode, and more.

Please note that July 2021 is just a wild guess. For all we know, the tablet could launch in Q4 2021. Having said that, what do you think about the specs so far? Would you be interested in buying it? Let us know in the comments below, and stay tuned to TechNave for more news like this.