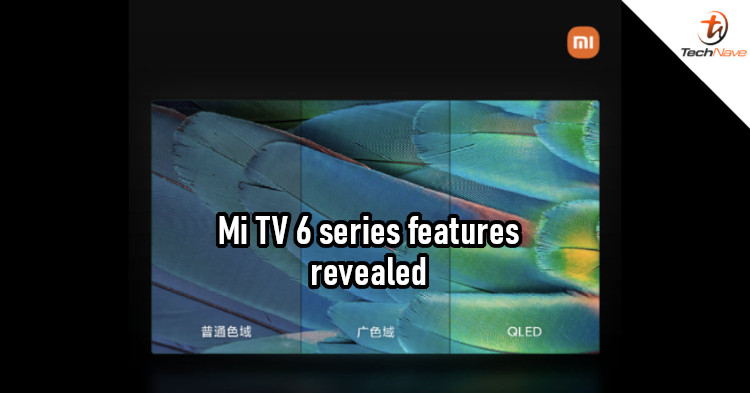 As revealed earlier this week, Xiaomi is planning to launch a new TV series on 28 June 2021. The Mi TV 6 series is the successor to the Mi TV 5 series from 2019. And since there's a 2-year gap, it's expected to have a lot of new features and Xiaomi is happy to show them off.

In the last few days, Xiaomi has been revealing more about the Mi TV 6 series on its Weibo page. It's confirmed that the new TVs will support Dolby Vision IQ, IMAX Enhanced, and HDR10+. In terms of audio, it'll also have up to a combined speaker output of 100W. As for the features have also been revealed that the TVs will support WiFi 6, HDMI 2.1, AMD FreeSync Premium, and will be Xbox-compatible.

Xiaomi has also revealed some specs for the Mi TV 6 series. So far, it's confirmed that these will be QLED TVs. They will have a refresh rate of 120Hz and colour accuracy of around Delta-E 1.5. While unconfirmed, there should at least be two model or sizes. Since they're QLED TVs, they should also come with 4K resolution.

As mentioned in our previous news, Xiaomi plans to retail its new TVs around the 10000 yuan (~RM6416) range. Depending on the size, these could be very affordable TVs or playing games and watching movies. But what do you think? Let us know in the comments, and stay tuned to TechNave for more updates on this.