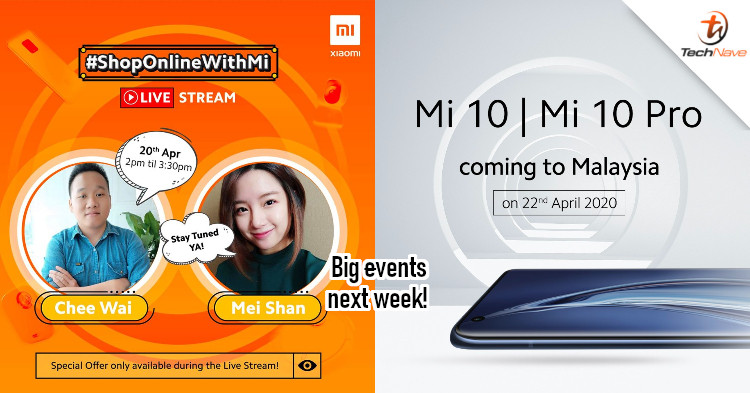 It looks like Xiaomi Malaysia is going to have a busy week, with two big events that have just been announced. The company will be hosting a #ShopOnlineWithMi promo and the official launch of the Xiaomi Mi 10 series. In particular, the sales promo is going to offer a lot of great deals so look forward to that.

The #ShopOnlineWithMi promo will be held tomorrow (20 April 2020) during a live-stream from 2 PM to 3:30 PM at the official Xiaomi Malaysia Facebook page. During the stream, Xiaomi will be giving away voucher codes that can be used to 'unlock' the purchase-with-purchase (PWP) deals that will be available via Xiaomi's official Lazada store. Note that the codes can only be used during the duration of the live-stream. Among the deals available, there will be smartphones like the Redmi Note 9S and Mi Note 10 Pro, as well as home appliances like the Mi Air Purifier Pro and Mi Robot Vacuum. 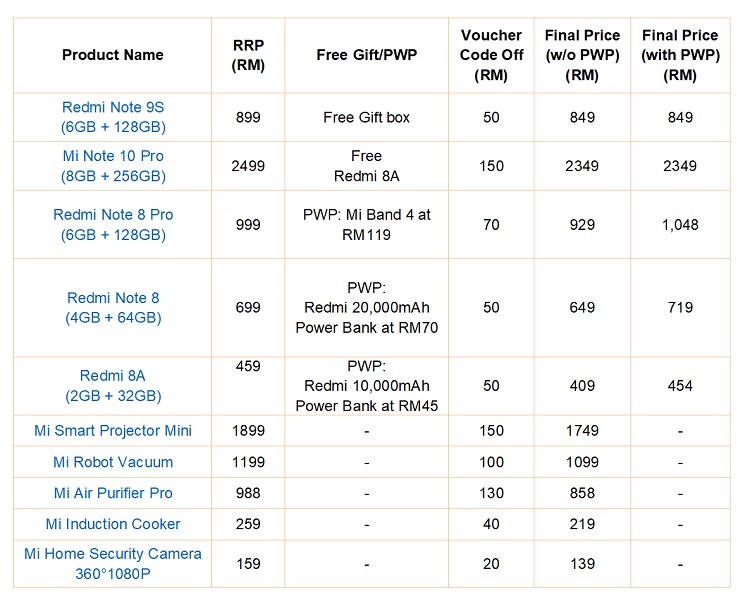 On 22 April 2020, Xiaomi Malaysia will also be officially releasing the long-anticipated flagship Mi 10 series smartphones. This was already hinted a few days ago but now we know it's coming for sure. As a reminder, the Xiaomi Mi 10 series is the company's latest premium flagship smartphone series. It will have a Snapdragon 865 chipset, up to 12GB of RAM, up to 512GB internal storage, and a quad-rear camera setup with a very high-resolution main camera (108MP on the Mi 10 Pro).

Which one of the two events are you most looking forward to? Let us know on our Facebook page and stay tuned to TechNave.com for more news.