After being in the rumour mills for quite some time now, the Xiaomi Mi Band 7 is finally going official. Set for release on 24 May 2022 in China, the popular fitness tracker by Xiaomi is getting a few upgrades from its predecessor.

Taking to its official Weibo account, Xiaomi announced that the Mi Band 7 will feature a 1.62-inch AMOLED display, which is 25 percent larger than the Mi Band 6. Furthermore, Xiaomi also said that the fitness tracker will have NFC, heart rate monitor, blood oxygen monitor and exercise data measurements. 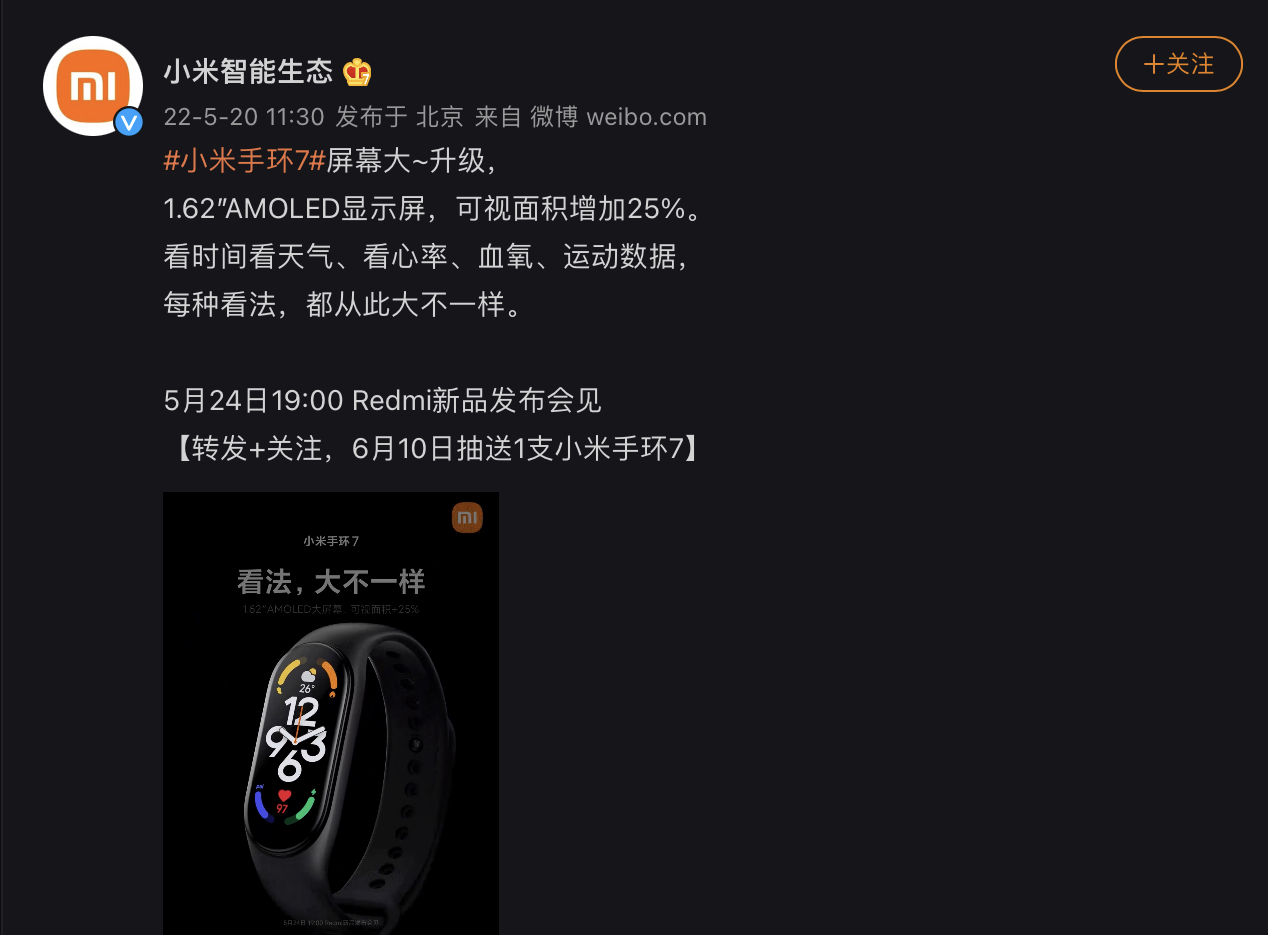 The pill-shaped design is also the same from its predecessors, though it is unknown whether the larger display would mean that previous bands would be compatible with the Mi Band 7. Besides that Xiaomi also confirmed that the fitness tracker will be released during the same launching event fro the Redmi Note 11T series. What do you guys think of the upcoming Mi Band 7? Share your thoughts with us in the comments below and stay tuned to TechNave for the latest trending tech news.