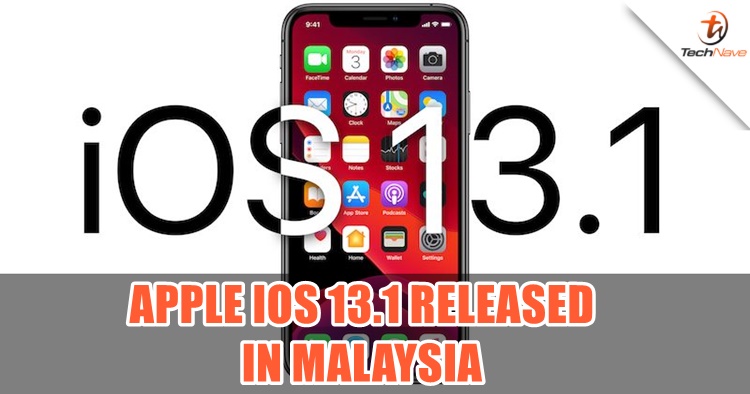 It wasn't too long ago that the Apple iOS 13 update was released on selected iPhone models, but not even more than a week later, a new iOS 13.1 update just got released this morning in Malaysia with new features and bug fixes.

According to MacRumours.com, some of the features that were in the iOS 13 beta testing made a comeback. For instance, Shortcuts Automation now allows you to create a personal and home automation feature via the Shortcuts app. You can do certain actions such as setting the time for CarPlay, or the alarm and others.

Another feature that was removed during the beta test is Share ETA. This is actually a similar feature to WhatsApp, as you can share your ETA to your friends and family while you're on route. To add on, they also updated 24 emoji designs especially on the animals for a more accurate representation (lol). You can check out the full update list below:

iOS 13.1 includes bug fixes and improvements, including AirDrop with Ultra Wideband technology on iPhone 11, iPhone 11 Pro, iPhone 11 Pro Max, suggested automations in the Shortcuts app, and the ability to share ETA in Maps.

This update also includes bug fixes and other improvements. This update:

On the other hand, iPadOS 13.1 is also now available for iPad users. You can get the updates from over-the-air in the Settings app as usual. Stay tuned for more Apple news at TechNave.com.