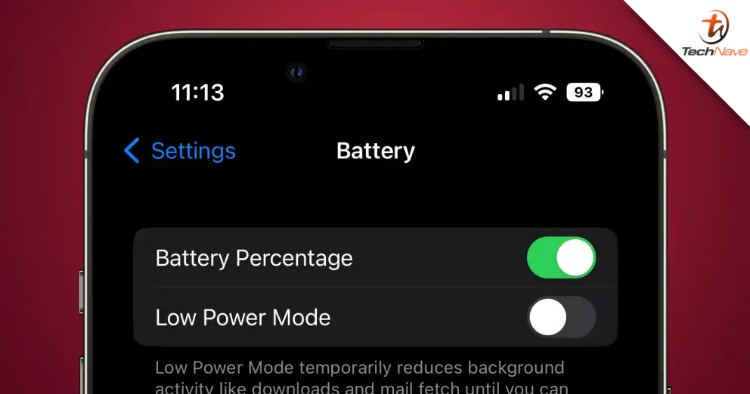 iOS 16 finally brought back the iPhone’s battery percentage indicator after a 5-year absence, though it was missing from certain ‘smaller’ iPhones with Face ID during launch simply because there was not enough space. Thankfully, it has been rectified by Apple and now, all iPhones with a notch or display cutouts have this feature.

Previously, the battery icon on the status bar would only show colours corresponding to the battery level, with users having to pull down from the status bar to actually see the current battery percentage. In order to turn on the feature, users only need to go to Settings, select Battery and turn on the ‘Battery Percentage’ option.

Well, better late than never I guess. What do you guys think? Share your thoughts with us in the comments below and stay tuned to TechNave for more trending tech news such as this!