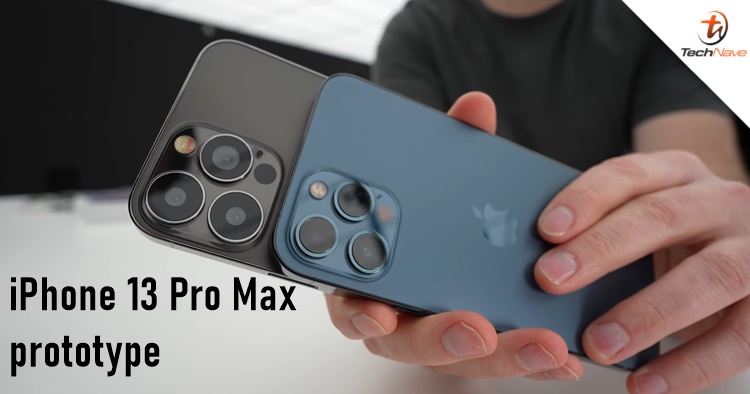 There's still a long way to go for the next iPhone 13 series, but it seems that there are some prototypes of the iPhone 13 Pro Max already. Unbox Therapy managed to get their hands on the device and here's what we can expect from Apple.

Although the iPhone 13 Pro Max is just a prototype, Lewis (the host) felt that it was the best prototype built in a long time because of the weight which mimics the real thing. Design-wise, there isn't much difference with the iPhone 12 Pro Max and that goes the same thing with the flat side frames. While comparing the two models, it might suggest that Apple is not going the non-port route as predicted but anything can happen.

The previous flat rear camera bump rumour is not seen on the iPhone 13 Pro Max dummy unit as well, so there's a good chance that Apple might just keep the update minimally. However, each camera size is slightly larger suggesting a larger sensor. The notch at the front display is also smaller now with the earpiece speaker moving up to the very top.

Of course, since this is just a prototype, it's best to take this news (and video) with a grain of salt. But what do you think about it? Let us know in the comments below and stay tuned for more trending tech news at TechNave.com.