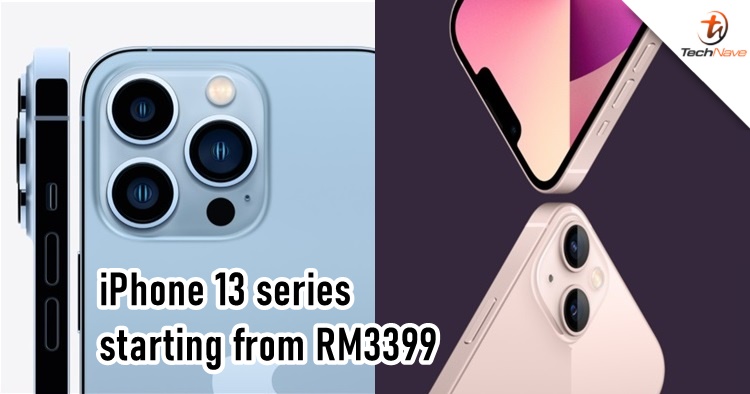 Let's start with the iPhone 13 mini and iPhone 13. The design remains pretty much the same as before such as the ceramic glass that was introduced last year. They also got the same aero-space aluminium frame as well as IP68 water and dust resistance rating. 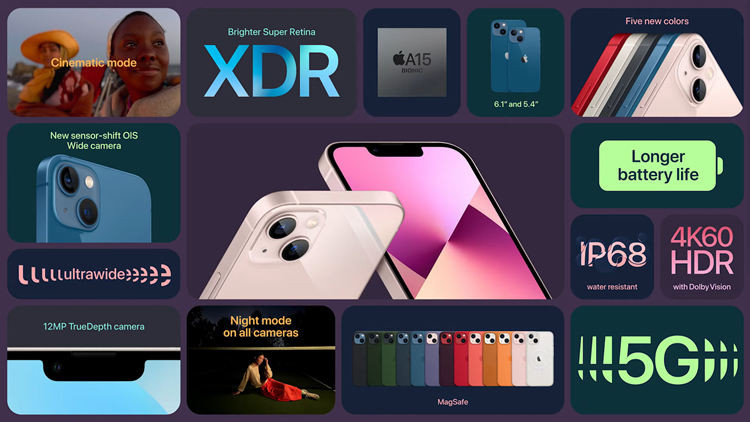 Despite that, the iPhone 13 mini and iPhone 13's Super Retina OLED display is now 28% brighter and supports HDR content. The dual rear camera setup is still 12MP + 12MP but thanks to the new software and hardware, it can now capture 47% more light and the Sensor Shift on OIS from the iPhone 12 Pro Max has made its way to the new iPhones as well.

Speaking of cameras, Apple integrated a new Cinematic Mode for the iPhone 13 and iPhone 13 mini. This new camera software was designed to help everyone do a cinematic shot seamlessly by just recording and let the camera software do the work. Cinematic Mode helps to automatically create a depth of field (bokeh effect) between the subject and background. Users may do it themselves manually by simply tapping the subject's face manually, and cinephiles will be glad to know it has Dolby Vision and post aperture editing support. 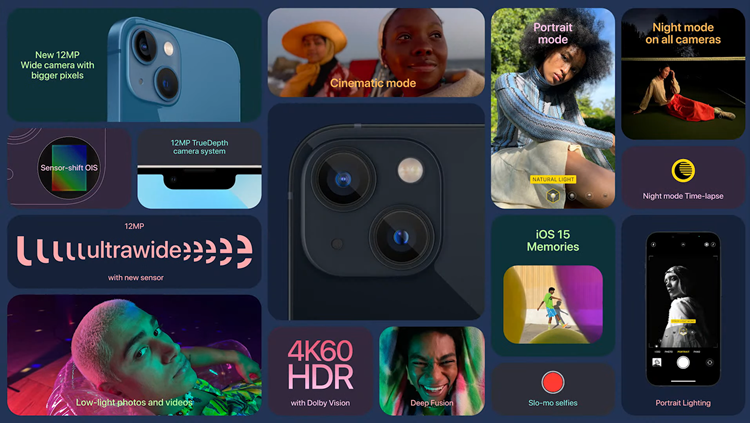 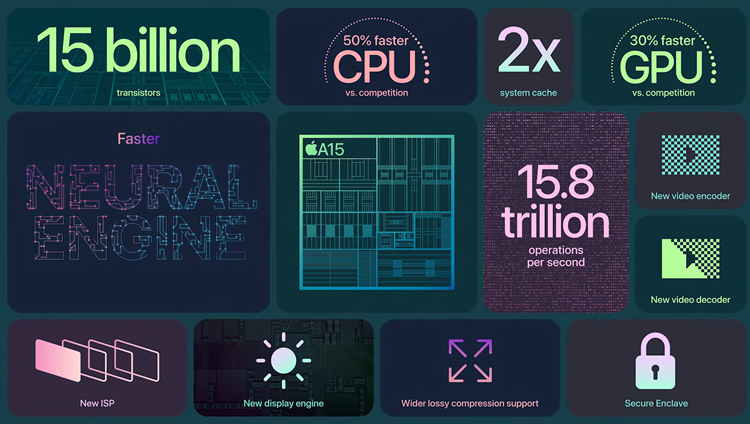 The iPhone 13 mini and iPhone 13 now feature an A15 Bionic chipset based on 5nm technology with 15 billion transistors. According to Apple, its 5-core GPU is 50% faster in graphics and its 16-core neural engine has 15.8 trillion operations per second. The memory variants start from 128GB, followed by 256GB and 512GB. 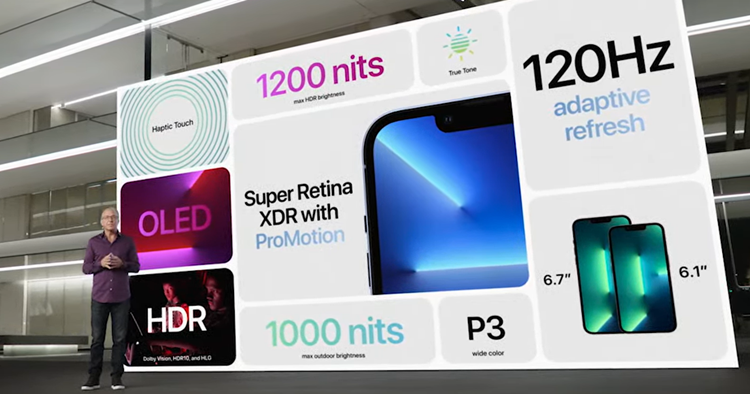 Moving on to the pro variants, they share most of the same tech specs and features except with some new tricks up the sleeves. The Super Retina XDR displays now has 1200nits brightness and a new ProMotion feature. ProMotion can automatically adjust the refresh rate from 10Hz to 120Hz depending on what the user is doing as determined by the AI.

In the camera corner, Apple is continuing to focus on the videography aspect in the pro variants with a new ProRes Video feature that can shoot 4K resolution at 30FPS. Although there are no macro lenses, the two phones now have Macro Photography which relies on the camera software on the 12MP ultrawide lens. The development team also renamed the filters (standard, vibrant and etc) into Photographic Styles.

Finally, the iPhone 13 Pro and iPhone 13 Pro Max have a new 1TB storage option alongside the aforementioned 128GB, 256GB and 512GB models. You'd be surprised to know that the price tags are available now as listed below and the pre-order begins on 1 October 2021. The official launch will start a week later on 8 October 2021. 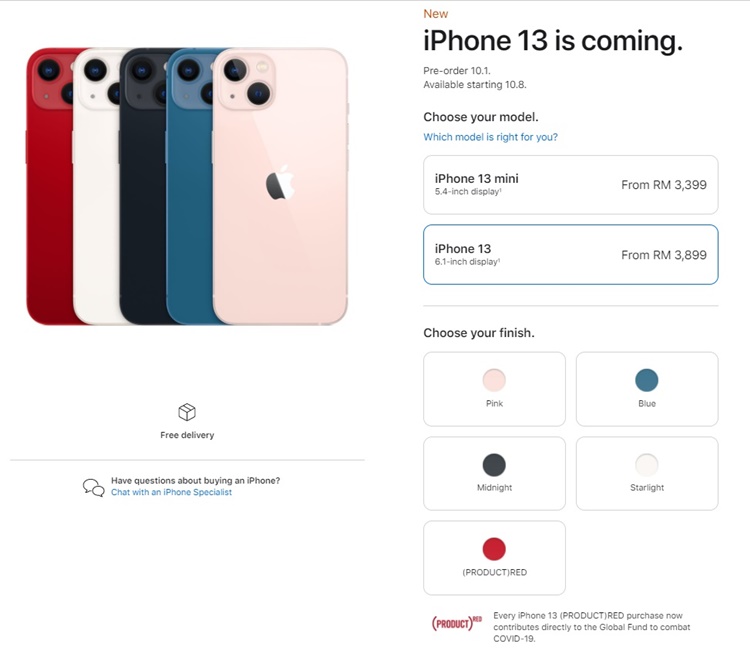 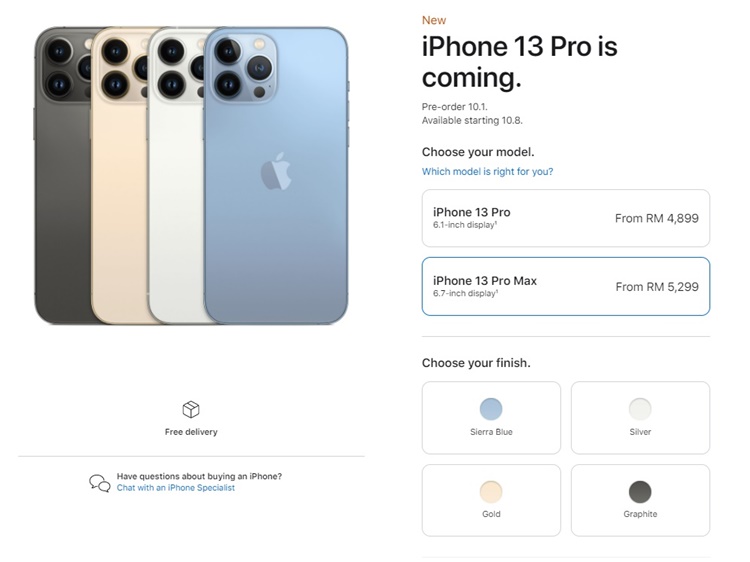 So what do you think of the new iPhone 13 series? Yay or nay? Let us know in the comments below and stay tuned for more Apple news at TechNave.com.