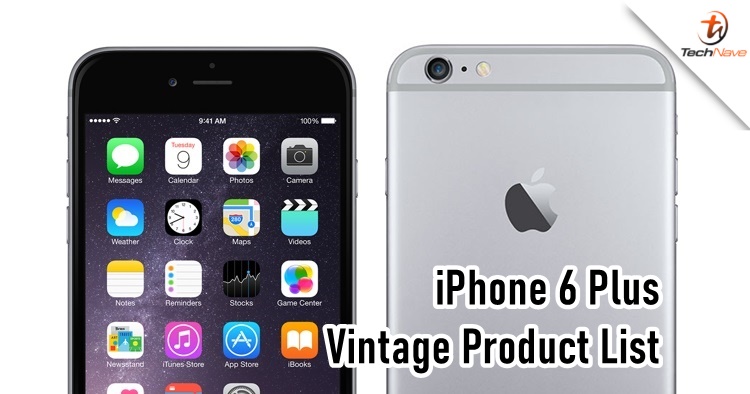 From time to time, Apple would induct a device into the Vintage Product List. In this latest add-on, the iPhone 6 Plus will be inducted on 31 December 2021. Just so you know, it has been more than five years since Apple took the iPhone off the shelves.

A brief history of the iPhone 6 Plus, it first made its debut in September 2014 alongside the iPhone 6. According to sources, the iPhone 6 series was the most popular device that Apple ever sold, reaching up to 222.4 million units as of June 2017. This also makes the duo still the best selling smartphone of all time.

Although the iPhone 6 Plus got discontinued in 2016, the vanilla iPhone 6 remained until 2018 which also became part f the Vintage Product List. What fuelled the iPhone 6 series popularity could be because of the larger displays (4.7-inch and 5.5-inch respectively) that customers wanted back then, alongside the first iPhones to support Apple Pay and improved camera performance.

When the iPhone 6 Plus was first released in Malaysia, it was on sale for RM2749 for the 16GB model (yes, we have come a long way). Anyway, how many of you still use the iPhone? Let us know in the comments below and stay tuned for more trending tech news at TechNave.com.