Current Location: Home > News > realme 5i and Buds Air will be arriving in Malaysia on 14 January 2020 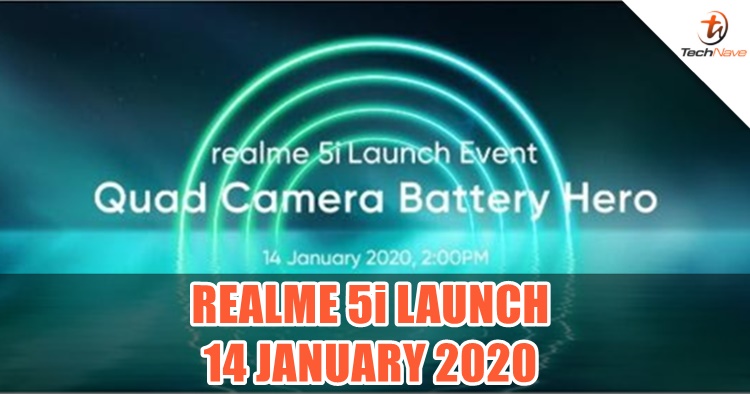 It was only yesterday that some realme 5i unboxing videos got released at the same time (suspicious much). Now, realme Malaysia has officially announced that the phone will indeed be arriving on our local shores on 14 January 2020.

As far as tech specs go, the ones that realme Malaysia have confirmed is the huge 5000mAh battery, Snapdragon 665 chipset, and an ultra-wide quad-camera module. Comparing with the realme 5, the difference is super minimal as it would probably have a lesser memory setup of 4GB + 64GB and an 8MP front camera only, as well as having a simple green and blue design option.

Besides that, the launching event will also introduce the realme Buds Air that is equipped with "Super Low" Latency R1 chip, wear detection, wireless charging technology and more. Viewers at home will be able to catch the event live on Facebook and YouTube next Tuesday, 14 January 2020 at 3 PM.

Are you excited about the realme 5i? Stay tuned for more realme news at TechNave.com.