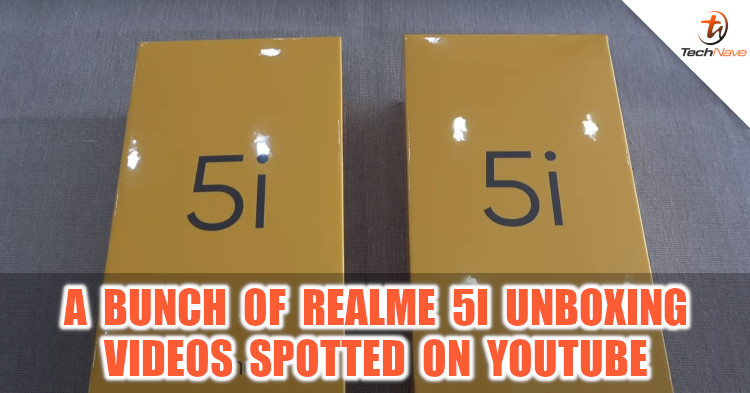 It seems that several unboxing videos featuring the realme 5i has been uploaded to Youtube, which is several days earlier than the official launch which is expected to take place in India. In the unboxing video, the person unboxed both the blue colour as well as the green colour variant of the aforementioned smartphone.

In addition to that, some of the unboxing videos also briefly showcased the realme 5i in its entirety as well. In the box, you will find the usual SIM ejector pin, silicon cover, MicroUSB cable as well as a 10W charger. While the devices in the video are still running on Android Pie, we can expect realme to switch over to Android 10 in the near future.

With all that said, what do you think of the realme 5i so far? Let us know on our Facebook page and for more updates like this, stay tuned to TechNave.com.