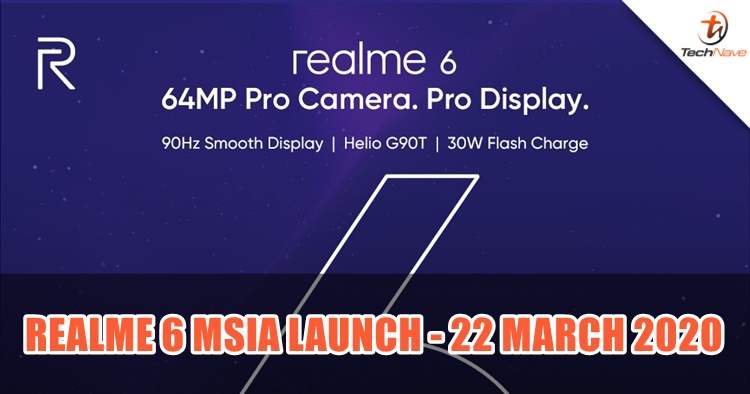 The realme 6 has already been launched in India during the first week of March, so it was only a matter of time for the phone to come into Malaysia. Well, we have gotten confirmation from realme Malaysia and the launching date is on 22 March 2020, 8.30PM via live stream.

From the teaser, the live stream will be available on their official Facebook and YouTube channel. Thanks to the Movement Restriction Order taking effect, this is actually the company's first live stream and they promise to blow up our night (sure, we hope so too). Anyway, the tech specs should be the same variant as India's as the Mediatek Helio G90T chipset, 64MP rear camera, 90Hz display and 30W flash charge are marketed on the image.

Our FIRST-EVER realme 6 LIVE STREAM is going to blow up your night! Tune in to the realme channels in less than 72...

We aren't sure which memory capacity variant we will get, but for the lowest one - 4GB + 64GB - it is around ~RM739 and should suit our local prices. There is also a realme 6 Pro but as always, the company will release the pro variant at a later date. Until then, stay tuned for our official coverage of the realme 6 only at TechNave.com.