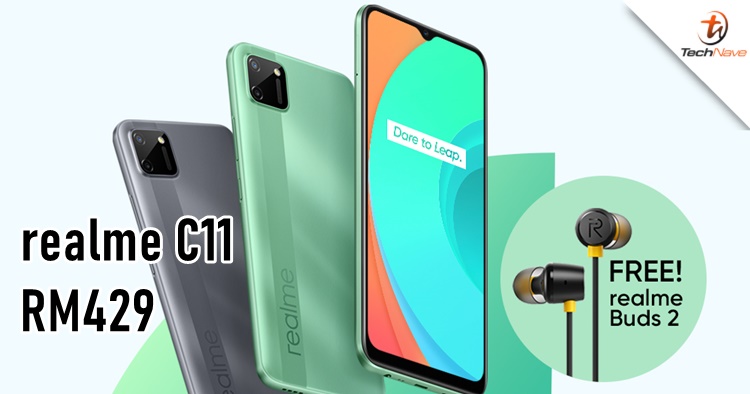 Today, realme Malaysia have once again released another new phone (again and again). This time, it's the realme C11 which is a super budget-friendly phone packing some respectable tech specs. It is priced RM429 and will be exclusively sold on their Shopee platform from 7 July 2020.

In terms of tech specs, this is realme's first phone to feature a MediaTek Helio G35 chipset but for some reason, the memory capacity is questionable as it's only 2GB of RAM and 32GB ROM (expandable memory up to 256GB via microSD card). Besides that, everything else is fine featuring a nice 6.5-inch LCD screen panel and 5000mAh battery pack which can support reverse charging.

The camera setup is simple as well, sporting a 13MP + 2MP dual rear camera and a 5MP front camera. For a budget camera, there's also a Nightscape Mode for taking photos in low-light environments. In addition, customers who purchase realme C11 can get a pair of realme Buds 2 headphones for free. 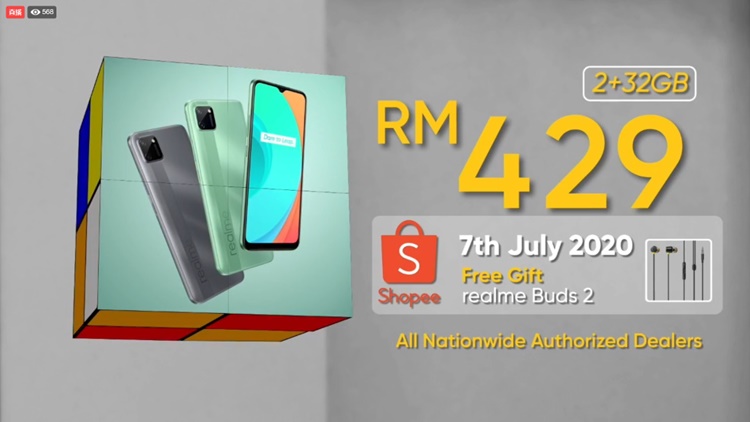 What do you think of the phone? Let us know in the comments below and stay tuned for the latest tech gadget news at TechNave.com.